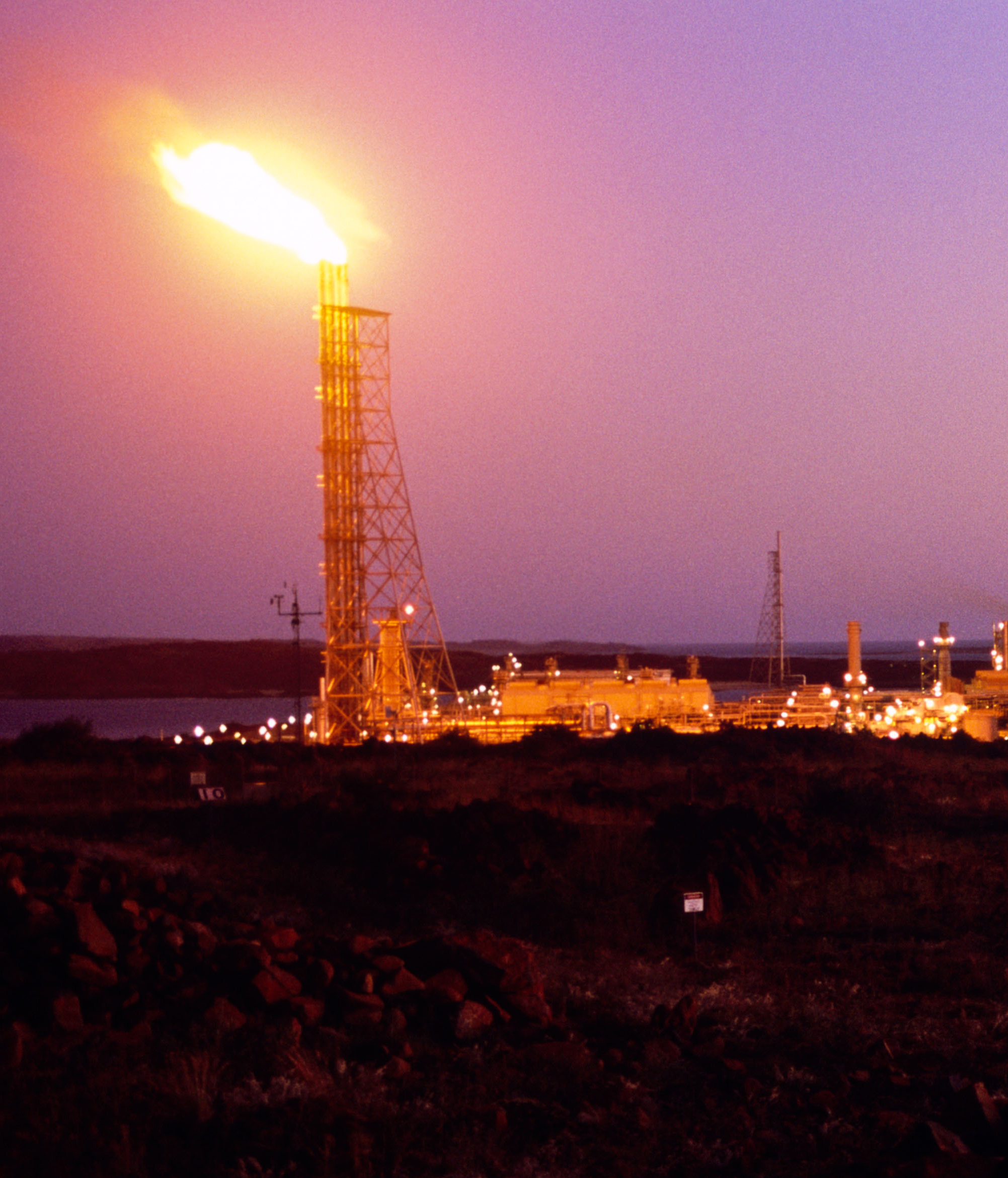 The Conservation Council of Western Australia has begun a legal challenge in the Supreme Court to overturn environmental approvals which would allow billions of tons of carbon pollution from Woodside's proposed Burrup Hub LNG expansion.

Acting for the CCWA, the Environmental Defenders Office will allege that approvals given by the State Government to process gas, potentially including from the proposed Scarborough and Browse Basin gas fields, at the company’s existing LNG facilities were given in contravention of the Environmental Protection Act, which requires Environmental Impact Assessment for any developments that would have a significant impact on the environment.

CCWA Director Piers Verstegen said the Burrup Hub was the most polluting fossil fuel project ever proposed in Australia and the CCWA was acting to prevent the release of billions of tons of carbon pollution and impacts to Aboriginal heritage values on the Burrup Peninsula.

“Approvals for processing vast amounts of new gas have been given in secret, with no environmental assessment and no consultation with the public or stakeholders. This includes new gas from the proposed giant Browse Basin and Scarborough offshore gas fields, as well as onshore resources which may require fracking to extract,” he said.

"Documents released under Freedom of Information reveal that the impacts of pollution from processing the new gas - either on the climate or Murujuga rock art - were not assessed when the approvals were granted.”

The approvals were made by retrospectively changing the description of the Pluto and North West Shelf LNG processing facilities in the Ministerial Statements for these projects. These changes were made by the EPA Chairman at the request of Woodside.

“It defies belief that approvals have been secretly issued for one of the world’s most polluting fossil fuel projects with no assessment of environmental impacts. By Woodside’s own numbers, these changes could allow gas processing that is estimated to produce around six billion tonnes of carbon pollution over the life of the Hub projects - roughly four times the pollution of the proposed Adani coal mine. The sheer scale of this pollution is staggering. It is equal to 35 new coal-fired power stations every year until 2027,” said Mr Verstegen.

Environmental Defenders Office Managing Lawyer Tim Macknay said: “Our client has applied for judicial review of the EPA’s decision to allow changes to approvals of two gas processing facilities without further assessment of environmental impacts of the changes.”

“Due to the lack of assessment, the public now has no idea how much gas will be processed through these facilities, nor the overall amount of emissions likely to be facilitated by these projects,” he said.

“We will argue the government made an error by not applying the correct test in deciding whether the changes might have environmental impacts requiring further assessments.

“Our client has engaged in good faith with the EPA and Woodside for over a year on this issue and is now left with no choice but to apply to the Supreme Court in their stand for due process and transparency.

“Australians deserve clarity on the environmental impacts of projects that are being approved. The public needs to be confident any changes to project approvals are being properly assessed and not simply rubber-stamped by the government,” said Mr Macknay.

In addition to the carbon pollution, acid gas emissions from the gas processing are also damaging the unique Murujuga rock art, through the corrosive effect on the surface of the globally unique petroglyphs.

“WA is the only state where carbon pollution has risen substantially since 2005 due to rapidly rising pollution from the LNG export sector.

Earlier this month, the McGowan government was criticised by environment groups for releasing a climate change policy that allows WA pollution to increase even further.

“Despite overwhelming public support for action on climate change, and the opportunity to create thousands of new jobs in the process, the McGowan Government maintains a policy that is out of step with the science and undermines global efforts under the Paris Agreement. The recently announced WA climate change policy does nothing to address WA’s biggest polluters and that is part of the reason we must take this action in the WA Supreme Court today,” said Mr Verstegen.