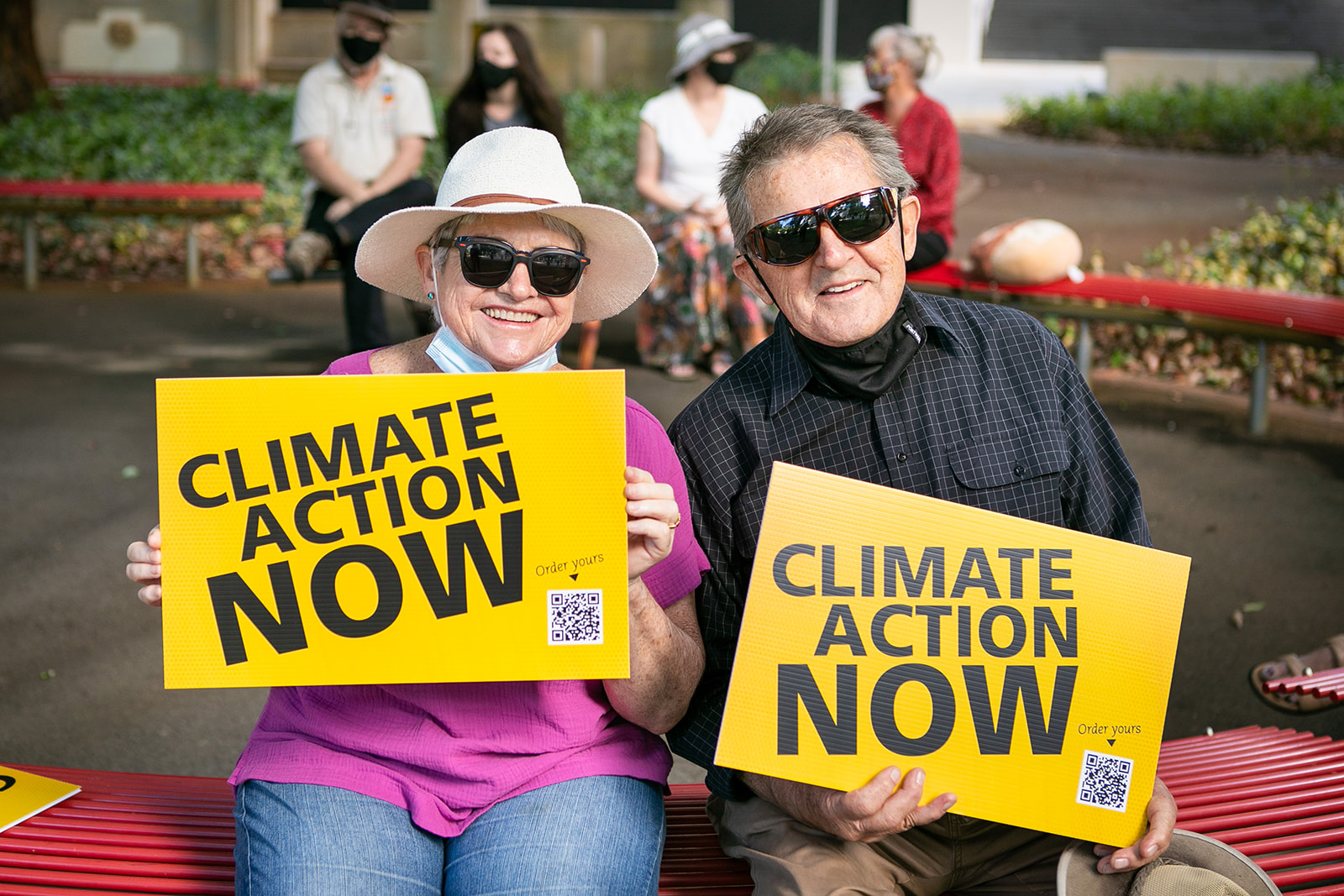 With the Federal Election just weeks away, a growing number of West Aussies are joining a community campaign to put climate change - and climate action - at the centre of the conversation.

Under the banner of ‘Climate Action Now’, thousands of people across Perth and the regions are calling on parties and candidates standing in the upcoming election – regardless of their political affiliation – to prioritise policies relating to climate and emissions.

These calls have become more urgent in the wake of the latest IPCC Report, published last week, which gave the starkest warning yet of the consequences of continued dependence on heavily polluting fossil fuels.

The findings of the report were described as ‘damning’ and a ‘file of shame’ by Secretary-General of the United Nations, Antonio Guterres who also slammed complacent governments which continue to back oil and gas giants.

“They are choking our planet”, he said, “based on their vested interests and historic investments in fossil fuels, when cheaper, renewable solutions provide green jobs, energy security, and greater price stability.”

Against this backdrop around than 100 people gathered outside the Perth headquarters of Woodside Petroleum, to highlight the backing that the fossil fuel industry continues to enjoy at a Federal Level. In particular, Woodside’s highly controversial Scarborough gas project has seen wholesale backing from the coalition government and Prime Minister, Scott Morrison who told reporters that he ‘did a bit of a jig’ when he heard that Scarborough had met its final investment decision. 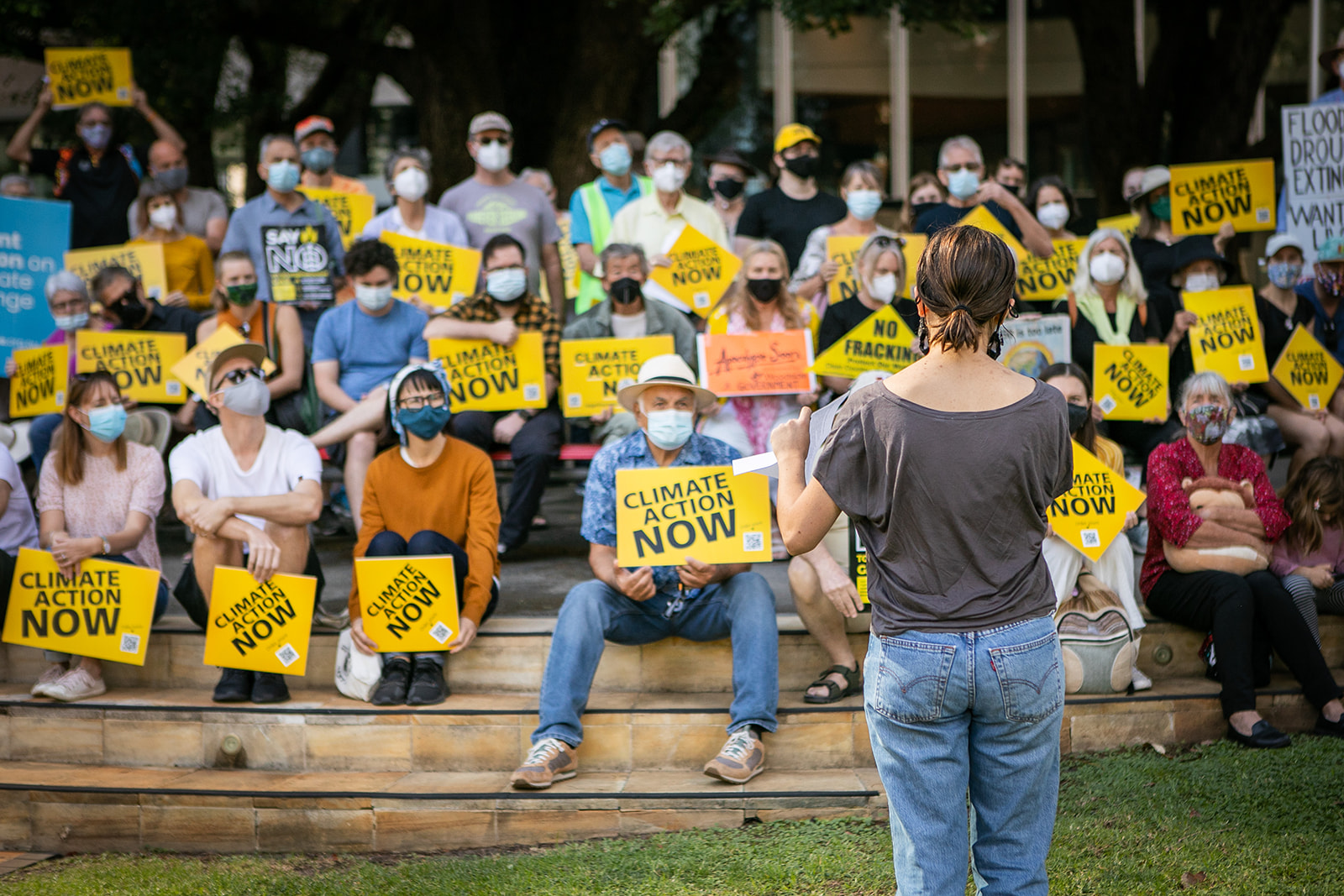 Around 100 people gathered outside Woodside's head office in Perth with the aim of putting climate change 'front and centre' for the upcoming federal election
(Photo credit: Emily Wilson)

A recent study by the Australia Institute found that subsidies to the fossil fuel industry costs tax payers $11.6bn every year – more than $22,000 per minute – which is ten times higher than the nation’s Emergency Response Fund.

For Cathy Donaldson, who attended Saturday’s event with her son and daughters those figures reflect the “complacency” of the government to act.

“I think we all know that these kind things are going on”, she said. “The problem is, until it affects us personally – until we see the consequences of that complacency with our own eyes – it’s too easy just to ignore it.”

Cathy, was among the hundreds of people forced to flee from the most recent unprecedented bushfires in WA’s south west. Her home narrowly missed being engulfed by the flames in picturesque Eagle Bay, one of WA’s top tourist hot-spots.

“We were very lucky. If it hadn’t been for a change in the wind direction, or the water bombers targeting the fires less than a kilometre away from us, we could have easily lost the house.

“We know of three or four families who chose to stay and fight the fires. Those people who stayed in Eagle Bay should never have been put in the position to choose between losing their property and risking their life.

“I’ve been going to the South West since the 1960s. I had never seen anything like it – the intensity of the flames; the size of the fire. We found ourselves standing among 200 other people on Dunsborough Beach, all of whom had escaped the fire. It was terrible.” 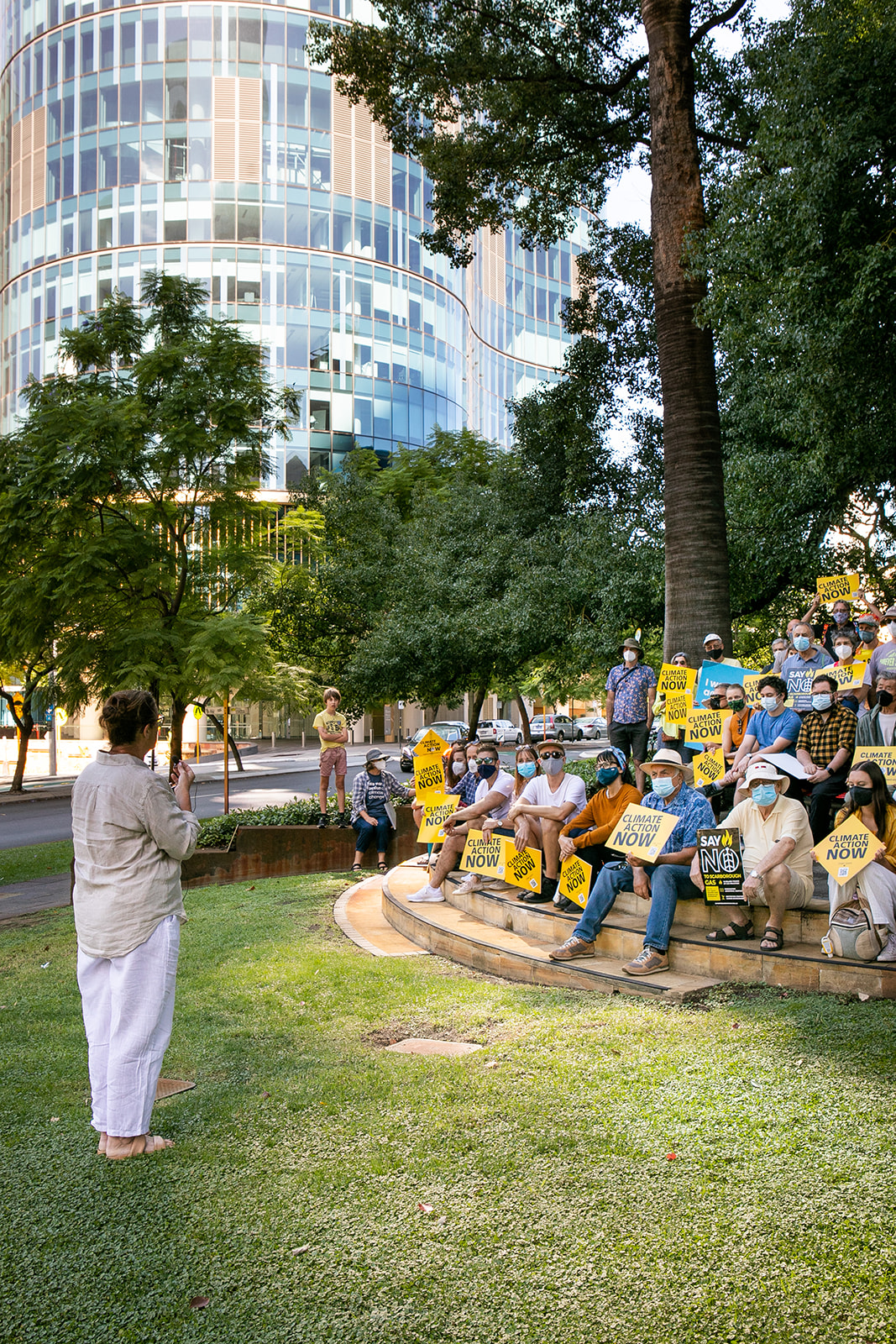 Mother of four, Cathy Donaldson, shares her experience of the most recent bushfires in WA's South West, in the shadow of the Woodside building
(Photo credit: Emily Wilson)

Cathy is no hardened climate activist – she like many others in the crowd have found themselves increasingly alarmed by the lack of action on climate and with Australia due to go the ballot box in the coming weeks, her thoughts have turned to what legacy her generation will leave for those that follow.

“Everybody knows that climate action is needed, but the way in which this issue is discussed is so lacking in urgency. As a mother of four, I’m conscious that putting targets in place for 2050 is simply too late. That’s not tackling the problem, that’s making it our children’s problem.”

Since 2005, emissions in New South Wales, Victoria, Queensland, South Australia and Tasmania have been slashed by at least 17 per cent. In South Australia, emissions are down by 33 per cent while in Tasmania, a transformative 109 per cent decrease has been achieved.

In the same timeframe, in WA, emissions have increased by 21 per cent, largely driven by large-scale fossil fuel projects. However, according to the Perth-based climate solutions network, Clean State, Western Australia boasts the best solar and wind resources in the world and yet renewables count for only eight percent of the state’s total energy use.

For Cathy - the sheer wealth of possibility for a rapid transition to renewable energy is an opportunity too good to miss.

“There are huge opportunities”, she said. “The money and resources to back solar and wind power are all there. The only thing that is missing is the political will.

“It seems a complete no-brainer to me and yet it is taking so long to convince people that this is the way to go – not least the politicians themselves.” 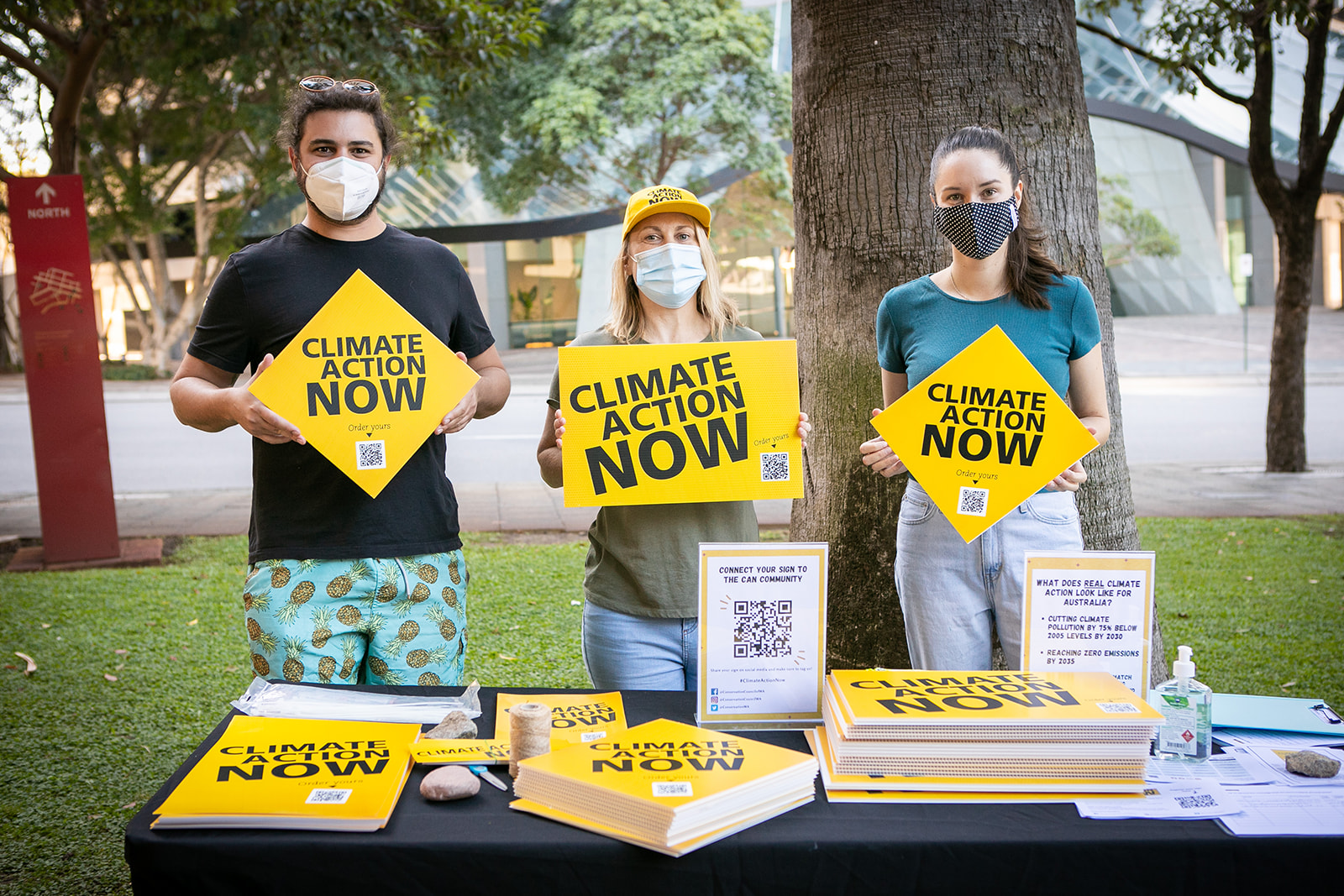 Emma Barrett, one of the organisers behind Saturday’s event, said that the demand for climate action was growing across all demographics.

“Being concerned about the climate is now a fully mainstream issue among all communities across WA.

“I’ve seen a huge upturn in the number of families and older people getting involved and wanting to put climate action on the agenda – particularly with the election coming up.

“People are realising that being concerned about the climate is a non-partisan issue. No party or candidate has a monopoly on concern for the future of our planet or environment. It doesn’t matter whether you have traditionally voted red, or blue or haven’t been particularly engaged in politics.

“Climate action is the single most important issue facing the future of our country and it is something ordinary West Aussies want to see candidates talking about and taking seriously, now. This cannot wait another three years.” 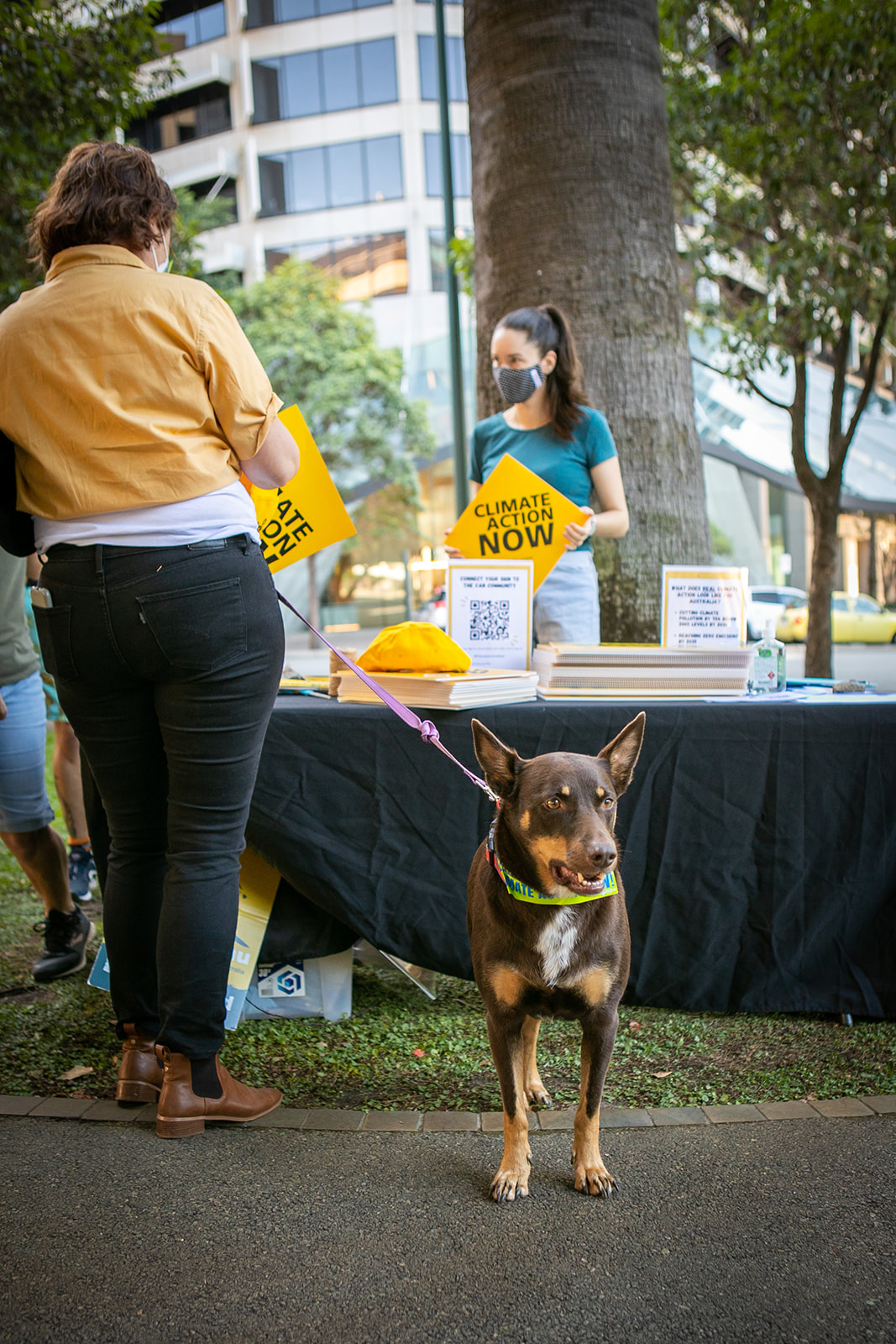 Climate Action Now signs and stickers are appearing all across Perth and WA in the run up to the federal election
(Photo credit: Emily Wilson)

Media Information: This media release was issued on behalf of Climate Action Now by the Conservation Council of WA.

For further information or questions regarding this release, please contact Robert Davies (Conservation Council of WA) on 08 9420 7291 or email [email protected].

Environment groups are troubled by recent merger between WA uranium hopeful Vimy Resources and Deep Yellow. The Mulga Rock uranium project east of Kalgoorlie is now under the leadership of a...
Read More

Following the handing down of a decision in the Supreme Court of Western Australia this morning (1 March 2022) - in the case of Conservation Council of WA Inc v Chairman,...
Read More