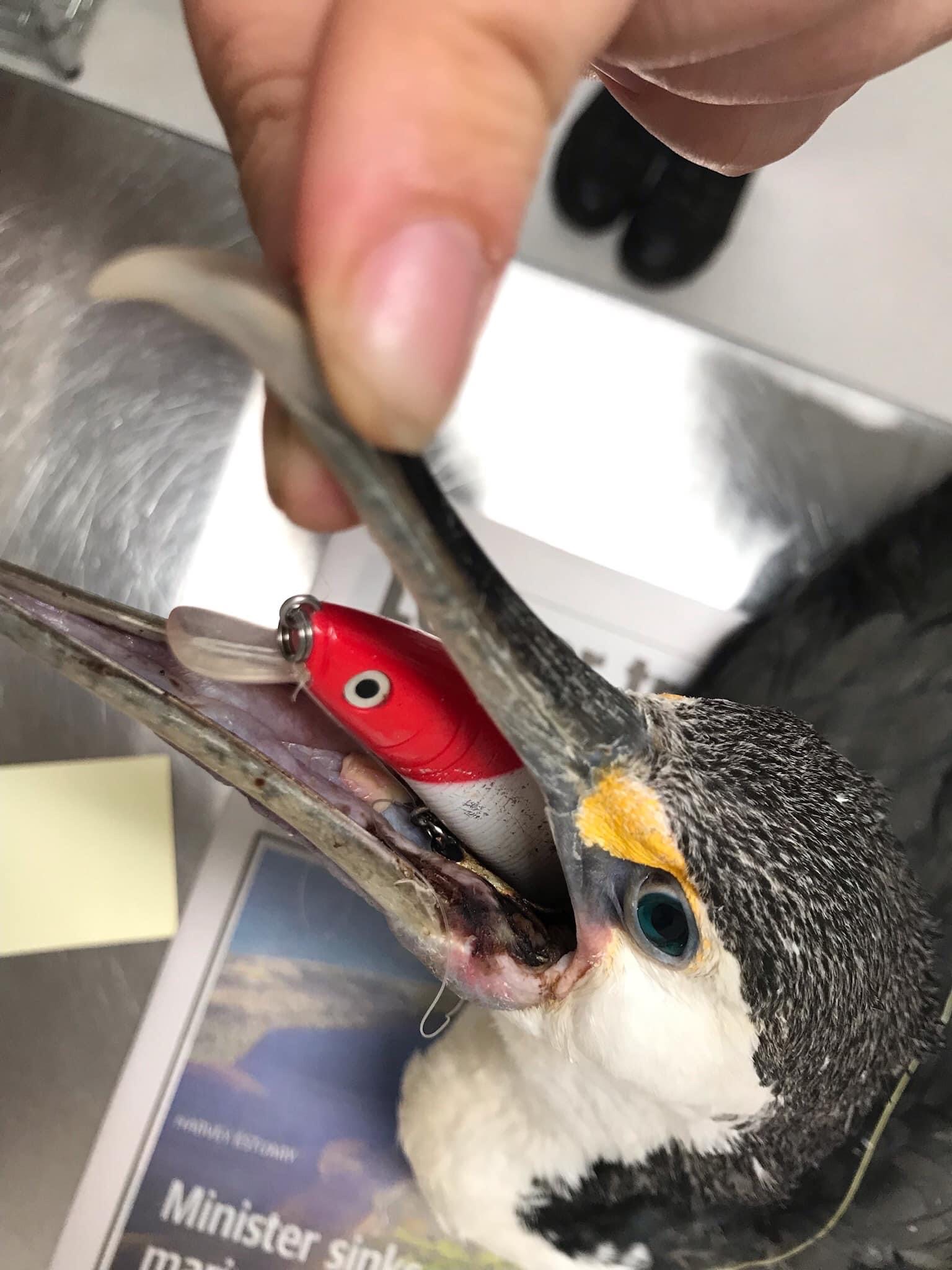 Recreational fishing is becoming increasingly problematic for seabirds and waterbirds across the world. Monofilament fishing line and fishing tackle such as hooks and lures in the marine environment can lead to birds becoming entangled or snared, leading to injury or death. Entanglements can occur during fishing activities, when birds are attracted to baits of when fishing hear is improperly discarded.

To document the extent of the problem, which species are most affected and on which type of gear, we are asking photographers submit their observations of entangled birds. Information such as time, date and location, along with a photo are requested. 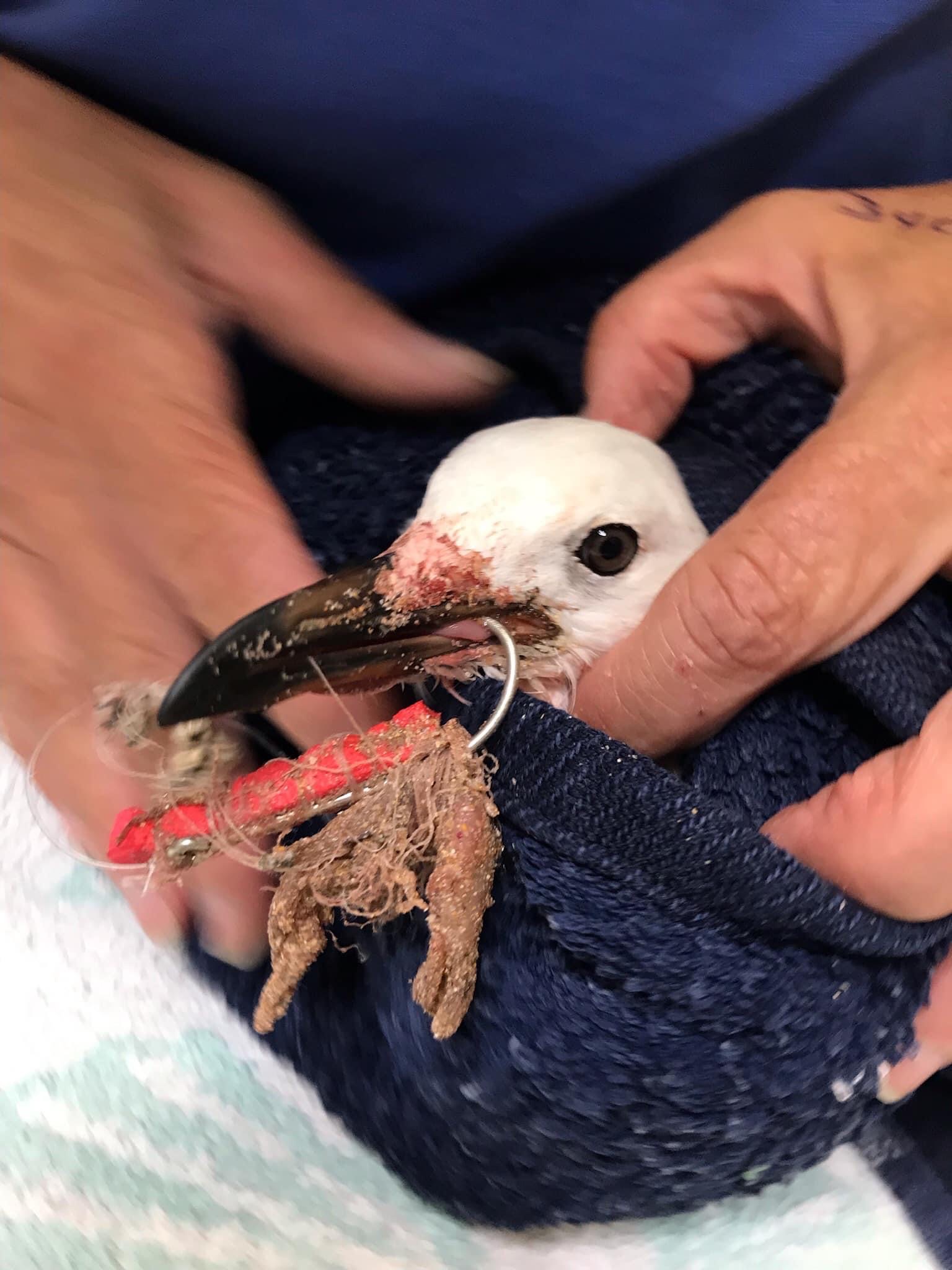 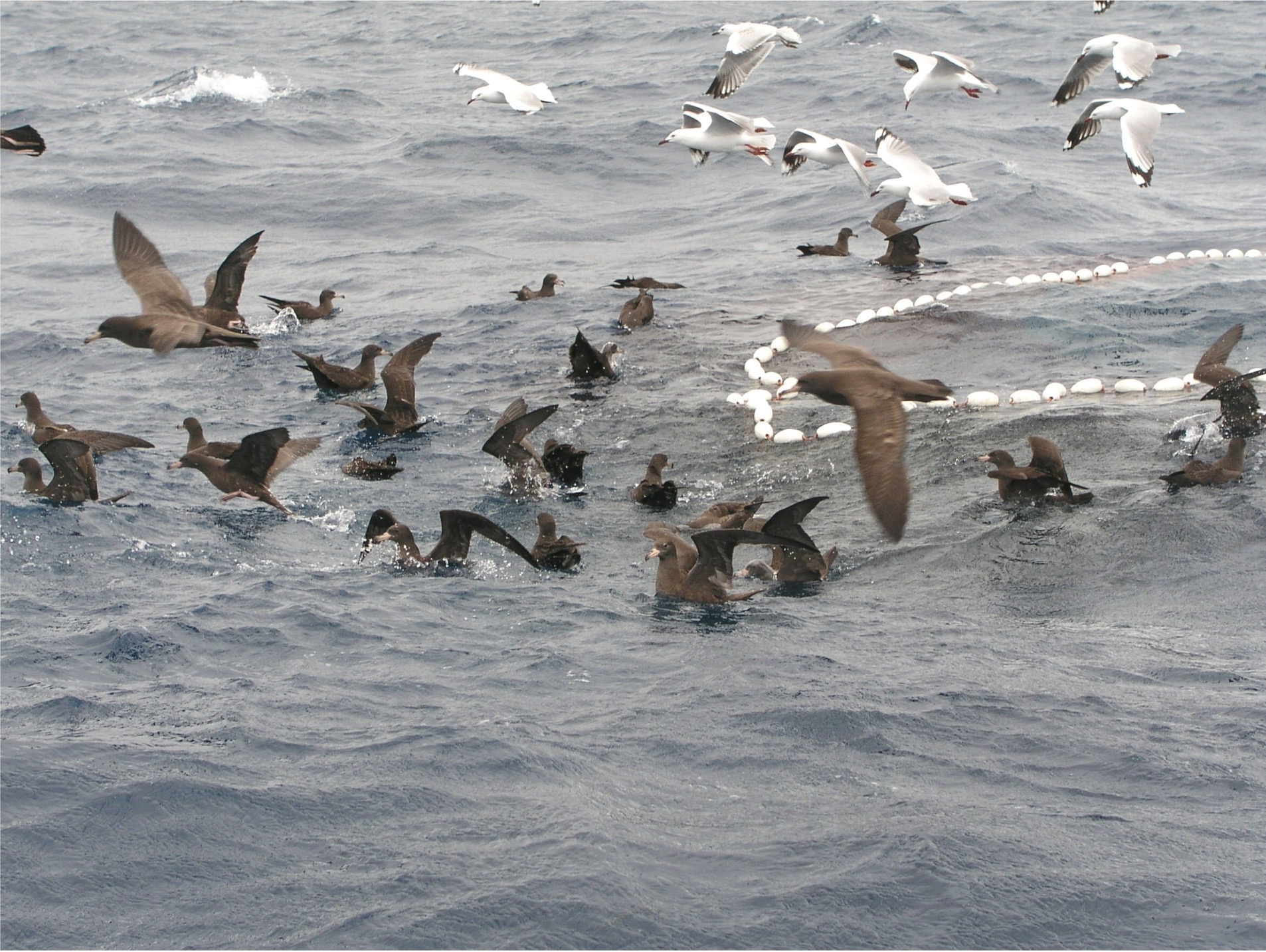 During the breeding season, the islands off the south coast of Western Australia support Flesh-footed Shearwater breeding colonies. These colonies have declined dramatically in recent years with multiple threats implicated including marine climate change, plastics contamination, and bycatch in a number of fisheries. The species is now listed as threatened in Western Australia.

Interactions between fishery and Flesh-footed Shearwaters

In the Albany area, King George Sound is an important foraging area during the chick-rearing period, when shearwaters from all over the south coast forage on sardines close to shore (Powell 2009; Dunlop 2007). The Breaksea Island colony is closest to the operational area of the SCPSF. Interactions with commercial fisheries can be intense and in recent years, hundreds of birds have been caught as by-catch in nets and drowned (Dunlop 2007; Lavers 2015). The drowned birds then wash up on local beaches along King George Sound.

Conservation Council of Western Australia (CCWA) is seeking volunteers (citizen scientists) to assess local bycatch mortality of shearwaters during the breeding season. Volunteers are required to conduct beach sweeps along King George Sound as often as possible between 1 March and 30 April to look for shearwaters.