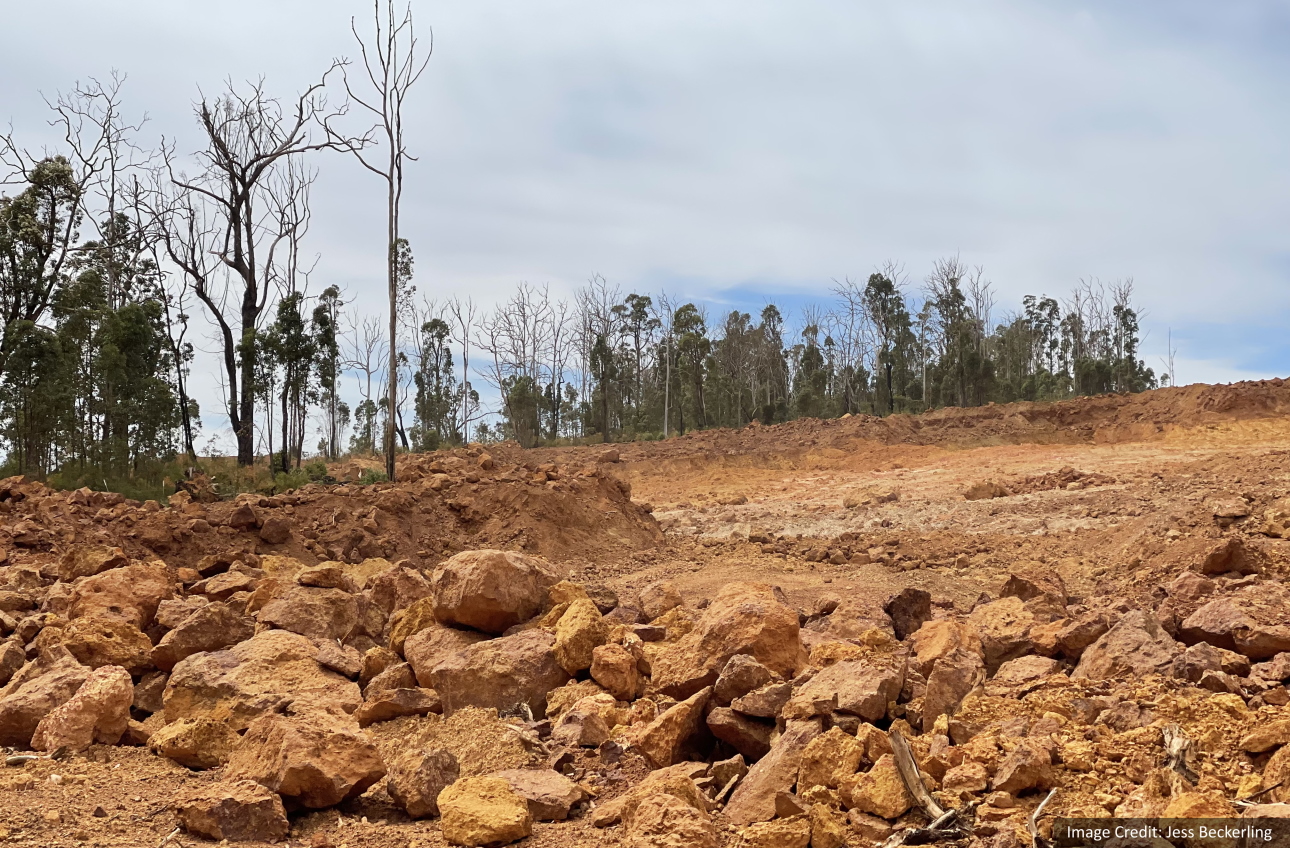 West Australians will be given an opportunity to have their say on a controversial mining expansion which endangers the state’s native forests and would cause unacceptable levels of carbon pollution.

The new proposal would result in the clearing of an additional 4,400 hectares and the significant loss of habitat for threatened wildlife, including endangered black cockatoos, western ringtail possums and woylies as well as vulnerable species like mainland quokkas and chuditch.

In public documents issued by South 32, the company acknowledges its plan would also have damaging effects on the Hotham River, use 900 million litres of water per year and create 270 million tonnes of scope one, two and three emissions over the lifetime of the proposal.

Leading conservation organisations, including the Conservation Council of WA (CCWA); WA Forest Alliance (WAFA) and the Wilderness Society, are urging the EPA, the relevant Ministers and the WA community to oppose the plans to prevent major impacts on the climate and South West forests.

Alumina refining is almost twice as carbon polluting as coal-fired power in WA. Mining companies Alcoa and South32 emitted 7.9 million tonnes of scope one and scope two CO2 equivalent emissions in 2020/21 from bauxite and alumina operations in WA’s South West, compared to the 4.2 million tonnes emitted by Synergy’s coal-fired power station, which will now close under plans recently announced by the state government.

Jess Beckerling from the WA Forest Alliance says that the forest habitat at the centre of this proposal is of extremely high conservation value.

“This climate and forest wrecking proposal has to be rejected. It’s unthinkable in this day and age to be knowingly clearing critical habitat for wildlife that are already under severe strain and to add to the climate crisis by emitting 270 million tonnes of greenhouse gases.

“The Northern Jarrah Forest was identified as one of a handful of Australian ecosystems most at risk of climate collapse in the latest report by the UN's panel of experts on climate change. To do more damage – as this proposal would clearly do – would be an unforgivable act of self-sabotage for our state and set conservation efforts back decades.

“For many of the species which call these forests home, there is a real risk that any further deforestation in this area could bring populations perilously close to extinction.”

A recent report – co-authored by CCWA, WAFA and the Wilderness Society – made strong recommendations that no further clearing of the Northern Jarrah Forest should be allowed and that the WA State Government should commission an independent strategic review of impacts and future protection measures for the threatened forest ecosystems.

Patrick Gardner from the Wilderness Society, said: “South 32's proposal comes at a time when the WA public expects that the WA Government is moving to protect the South West native forests.

“The IPCC has provided an explicit warning that the Northern Jarrah Forest is at risk of significant transition or collapse. These warnings will become a reality if logging, clearing and mining continue.

“The state government needs to demonstrate to the public how the health of the Northern Jarrah Forest can be maintained and restored, so that it can be an effective carbon store and be enjoyed by future generations.”

Maggie Wood, the Executive Director of the Conservation Council of WA, said: “There is no argument to be had about how damaging this latest proposal will be to our native forests. Even the proponent itself has made that clear in its submissions.

“The Environmental Protection Authority must make a decision that is in step with the views of ordinary West Australians in rejecting this proposal – not just on conservation grounds, but to avert the considerable pollution and emissions that will result and hold WA back on climate action.”