Resource consumption and waste generation remain significant drivers of environmental degradation in WA. After little attention to this issue by the WA Government for many years, our state continues to have high rates of litter and the majority of waste continues to be landfilled.

CCWA has maintained a focus on waste for many years, however this year the election of a new State Government presented a opportunity to increase our efforts in partnership with a number of allies.

Our Waste and Recycling campaign is Plastic Free WA. 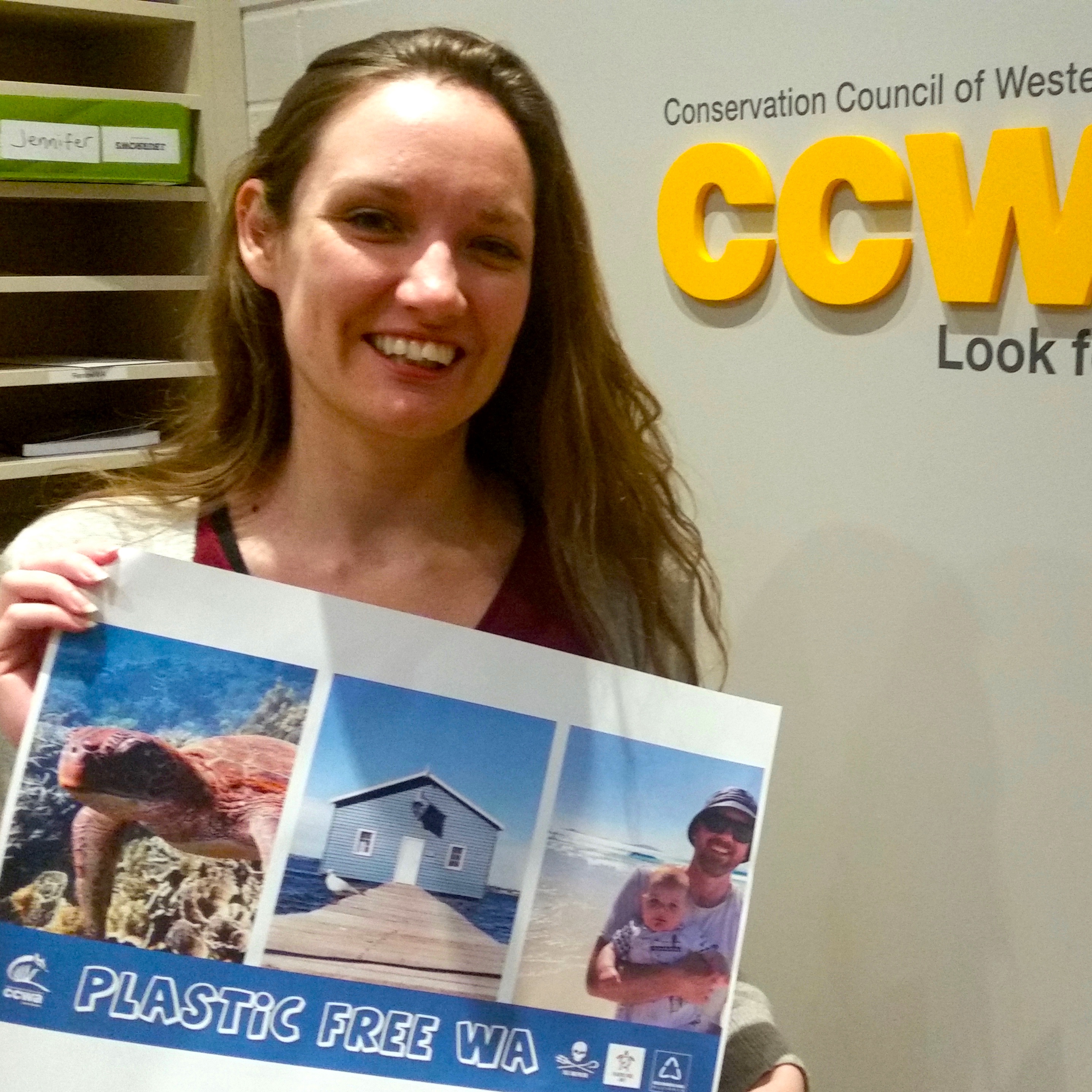 In just a few short decades, plastic has found its way into almost every part of our lives and into every corner of the planet. Plastic waste is now found in the deepest parts of our oceans, in the most remote ecosystems, and even in our own bodies.

And Western Australia is no exception – our own CCWA Citizen Scientists have found microplastics polluting the sand of every beach we have tested.

The story of Tina the Turtle played a central role in building awareness of the Plastic Free WA campaign this year. Tina was a juvenile green sea turtle who was rescued from a ramp in Shoalwater and taken to Perth Zoo for treatment, where the team discovered that her digestive system was completely blocked by plastic rubbish.

Tina was humanely euthanased, and her story continues to compel us and others to advocate for a Plastic Free WA.

Since its launch in mid 2017, the Plastic Free WA alliance has welcomed an announcement from the State Government on their ban on single use plastic bags by 1 July 2018, as well as their community consultation on the container deposit scheme.

Through Plastic Free WA we have:

The next steps for Plastic Free WA include supporting community members to encourage their local businesses to go plastic free.