WA's peak conservation group, the Conservation Council of WA, has referred the proposed limestone quarry in Binningup to the WA Environmental Protection Authority after experts and community members raised concerns about impact on the local community and the sensitive environmental values of the Yalgorup Plain and surrounding lakes area.

The proposal for a new limestone quarry and crushing facility on private land has been rejected by the Shire of Harvey due to concerns including dust, noise, traffic and environmental impacts.

Several local Members of Parliament have also raised concerns about the project including Member for Murray Wellington Robyn Clarke (MLA), who tabled a petition in State Parliament against the development. 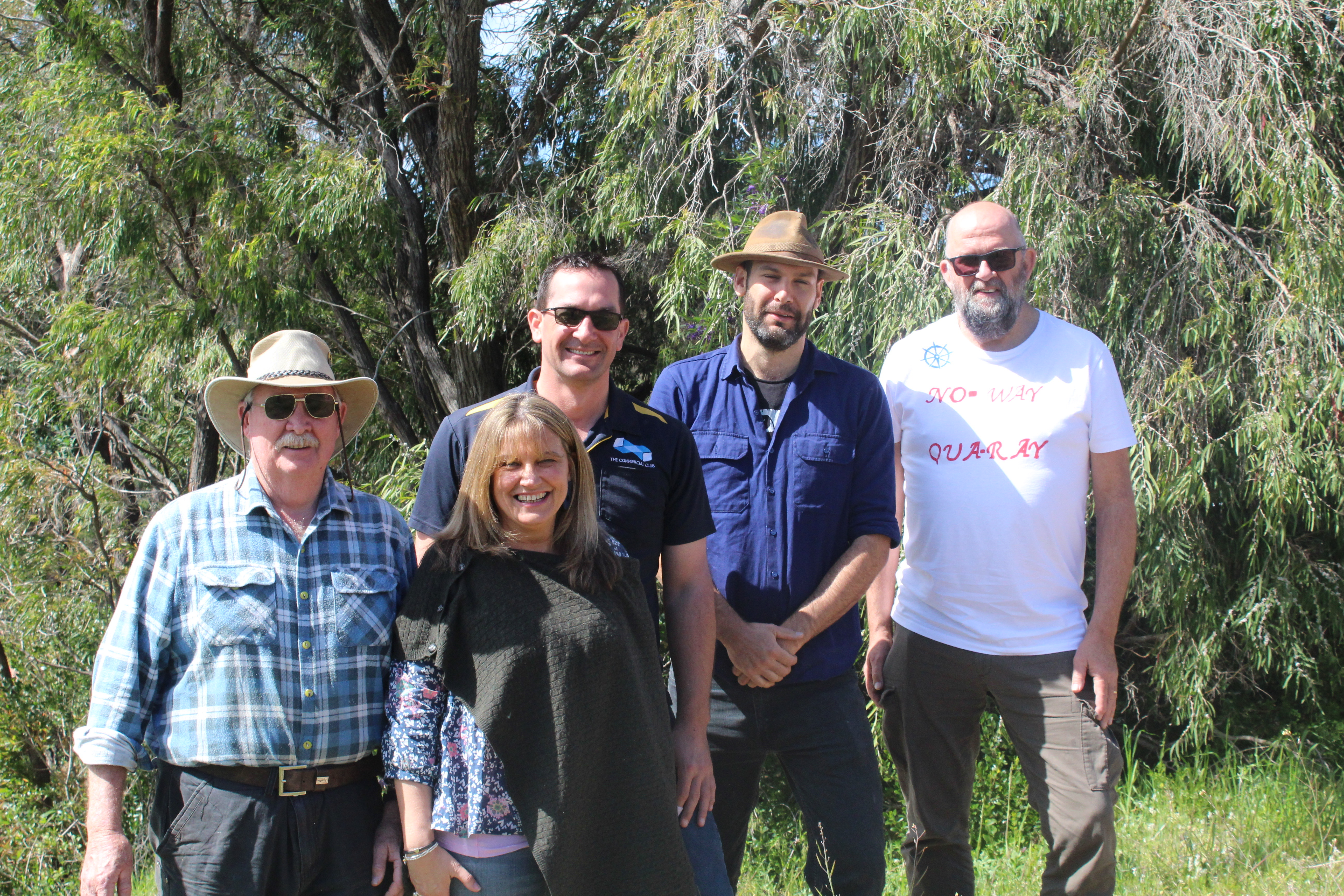 Despite this opposition, the proponent, GM Giacci Family Trust, has applied to the State Administrative Tribunal to have the Shire’s decision overturned.

CCWA Director Piers Verstegen said the Conservation Council had acted in response to concerns raised by locals by referring the project to the EPA for assessment under Section 38 of the Environmental Protection Act.

“It appears the proponent has not followed the normal process of referring the project to the EPA themselves, so CCWA has taken this step on behalf of the local community.

“Clearly this proposal is of great concern to locals and raises significant environmental risks that should be examined before any further decisions are made.

“The Yalgorup Plain and nearby lakes are unique from an environmental perspective. They have groundwater and geo-heritage values that could be impacted by this quarry plan, and which require careful consideration and assessment by the EPA,” he said.

Local Binningup resident Hovea Wilkes said the proposal had raised a great deal of concern in the community.

“There has been very little community consultation about this project but from what we understand it is likely to cause major impacts on Binningup residents, including dust, noise and impacts from frequent heavy truck movements on our local roads.

“Houses and even a proposed school site are located less than 500 metres from the planned quarry and the Binningup community does not want this area to be turned into an industrial area.

“We are hopeful that the EPA will subject this proposal to a full assessment so that the environmental issues can be properly examined,” she said.