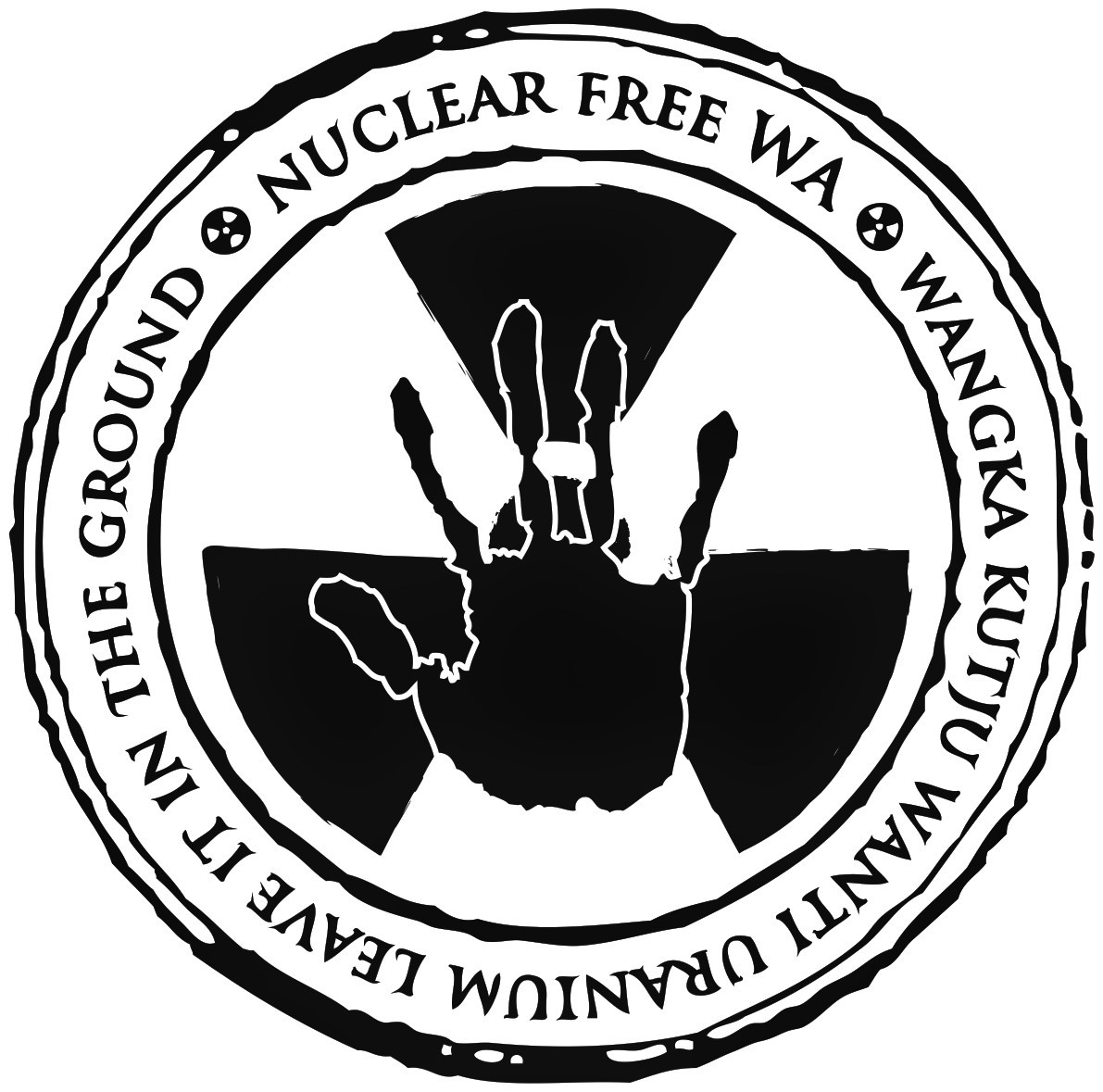 We are so excited for our first ever nuclear news now being available through this blog and on social media! Nuclear News is a weekly newsletter of events and actions in WA of our nuclear free campaign and news updates from all over the world.

It's with great excitement that we can bring this first weekly nuclear news to you from this blog and our social media pages!

We are excited about tonight's UWA Public Forum, to hear from experts Prof Carmen Lawrence, Declan Doherty and Dr Hugh Finn about extinction, environmental law and the Yeelirrie legal action! Its going to be an epic download of information, speakers, videos and power point presentations!

There's only a few more tickets for sale online, otherwise you can pay at the door! Grab a ticket or two now to secure your seat! All Creatures Great and Small ~ Extinction, Environmental Law and the Yeelirrie Court Case.  Free parking in all student car parks!

Thanks a million to all those that came and made calls to our supporters ~ we smashed through the list and held many important conversations to keep people updated with the nuclear free campaign. Stay tuned for more phone banking parties through out the year as its a wonderful way to keep people engaged!

We look forward to seeing you tonight and if not, out our many stalls and events in the near future!

P.S You can continue to spread the word to keep uranium in the ground by following and sharing our Facebook or Twitter posts.

Grab your tickets here to secure your seat to the “All Creatures Great and Small” Public Forum to hear about the landmark Yeelirrie court case, CCWA & Traditional Owners v WA Environmental Minister.

We'd love to see you at Nannup so come say hello at the Nuclear Free stall and grab some snazzy merch, sign the nuclear free charter and take some info to keep WA nuclear free!  We are excited to show the campaign animation, so come and along to the talk on Sunday!

Please join us for a public meeting on Wednesday, March 13, from 6.30‒8pm at Friends of the Earth, Melbourne. Speakers include KA Garlick, CCWA, Dave Sweeney, ACF & Dr Jim Green, FOE about the staunch activism that is happening around Australia to stop this toxic industry! More Information Here.

Court of Appeal at the Supreme Court, Barrack St Perth Tuesday 5 March 10.30 am

IPAN (The Independent and Peaceful Australia Network) Conference in Darwin

Australia at the cross-roads - time for an independent foreign policy

IPAN’s fifth national conference will provide an opportunity to increase public awareness of its aims and objectives, through conference attendance and media publicity.   Darwin is the choice for IPAN’s 2019 national conference because it is the centre for the most recent establishment of a foreign military presence in Australia, namely the stationing of US marines in Darwin.  More details here.

Please join with a load of other organisations and West Australians who reject the dangerous, thirsty and costly uranium industry and instead want a clean nuclear free future for WA.  Sign the uranium free charter here today, and please share with all your friends and family!   Let's keep it that way, because the risks and real and the threat persists. Uranium is unwanted, unsafe, and uneconomic.

DONATE TO THE YEELIRRIE LEGAL ACTION

Join with us to support the landmark court case that is protecting wildlife from extinction and upholding the rights of Traditional Owners to protect sacred lands in WA’s fragile desert country from unwanted uranium mining.

CALL OUT FOR ARTWORK

Maralinga Pieces - Forever on Country Art Auction coming in April 2019!!
Friends of the Earth's Nuclear Free campaign is holding their annual art auction in April and they'd love your creative contributions!
This auction will celebrate decades of nuclear resistance, while raising vital funds for our national nuclear-free campaign work.
They welcome artworks from all disciplines and work is not restricted to the title theme, however artists are welcome to submit a piece inspired by the theme if they wish.   Register to donate artwork here. Contact: Jessica 0400 588 979 or email [email protected]

New plan to keep Australian mining strong. The federal government wants to keep attracting resource investment, developing new markets and sharing the benefits of mining, according to a new plan.

Lawsuit on Enriched Uranium Operations at Y12. OREPA, Nuclear Watch New Mexico and co-plaintiffs filed a Motion for Summary Judgment with the federal court in our lawsuit challenging the Department of Energy/National Nuclear Security Administration's failure to prepare adequate analysis of the risks to the public and the environment from the ongoing enriched uranium operations at the Y-12 National Security Complex in Oak Ridge, TN.

Should Utah cities turn to nuclear energy? A state lawmaker thinks so, but environmentalists say it’s a bad idea. Citing waste and economic concerns, a group of environmental advocates is opposing a resolution moving through the state Legislature.

Pentagon’s secret underground tunnels of MOBILE NUCLEAR bases REVEALED. The US government built a fully-functioning mobile nuclear base below the ice of Greenland in preparation for war, it was revealed during a documentary.

France to build ‘unstoppable’ HYPERSONIC NUKES to replace ageing nuclear armoury France is set to build a state-of-the-art armoury of hypersonic weapons capable of travelling more than 3,800mph, in a bid to upgrade their ageing nuclear arsenal as they fall behind other world military powers.

TEPCO firmly at fault for balking at payouts to disaster victims. Nearly eight years have passed since the 2011 Fukushima nuclear disaster, yet many victims seeking compensation for damages from Tokyo Electric Power Co., operator of the crippled nuclear plant, face uncertainty as the talks are getting nowhere. This is an outrageous situation.

Russia, China back nuclear as a clean-power fix for Africa For now, South Africa is the only country on the continent operating a nuclear power plant.

Uganda to generate nuclear energy amidst safety, environmental concerns.  Uganda is in the final stages of efforts to start generating some 2000 megawatts of electricity from five nuclear plants it plans to build in five districts scattered in the country’s four geographical regions

Listen to this weeks Radioactive Show on 3CR for nuclear issues around Australia.  For all WA environment news check out Understorey on RTR FM.

The Conservation Council of WA is an independent, not-for-profit organisation - we are apolitical and are supported by voluntary donations. If you would like to contribute to help fund CCWA's work, please donate now! You can unsubscribe or update your email preferences at any time. You are receiving this email because you took action online or at an event.

Our team acknowledges that we meet and work on the land of the Nyoongar people. We pay respect to their Elders - past, present, and future - and acknowledge the important role all Aboriginal and Torres Strait Islander people continue to play in advancing a more sustainable Western Australia.