Cameco: No market for uranium mines

Despite the current pro-nuclear media madness, the world’s biggest uranium company, Cameco today delivered a strong and clear message that it cannot see any case for construction of new uranium mines for years to come. 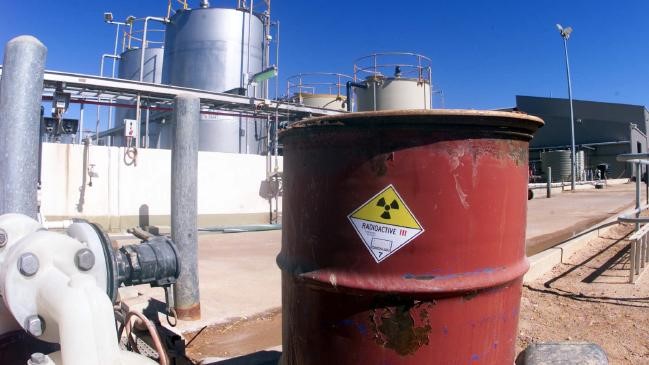 No case for new uranium mines

The world’s biggest uranium company says it cannot see any case for construction of new uranium mines, despite signs the sector is on the cusp of a long-awaited recovery.

Canada’s Cameco delivered the blunt assessment in its third-quarter financial results, released to the market late last week, saying there was still no case for reopening the mines it shut down in 2016 and 2017, stripping more than 20 million pounds of annual uranium oxide production from world supply.

Uranium prices remain in the doldrums, with spot prices averaging only $US25.68 a pound in the September quarter and long-term pricing sitting at an average $US31.50, but chief exec­utive Tim Gitzel told analysts the company was now receiving more interest in new contracts from customers than at any time since the Fukushima disaster in 2011.

But, as Australia’s state governments face pressure to reverse laws banning uranium mining, and a federal parliamentary commission examines the economics of building a nuclear power plant in Australia, Mr Gitzel warned there would be no case for the construction of new uranium mines for some years to come.

Mr Gitzel said Cameco was seeing increased demand for the conversion of uranium oxide to enriched products, which he said was a precursor for a mining sector recovery. But he warned that nuclear utilities were still reluctant to commit to the long-term supply contracts needed to return mothballed mines back to production amid an excess of uranium oxide still in the market.

Cameco plans to fill more than 70 per cent of the 32 million pounds it needs to deliver to customers next year by buying on the spot market and produce only 9 million pounds from its mines.

“Today, the activity we’re seeing in the spot market is largely churn, the same material changing hands many times. There’s been a lack of fundamental demand (and) is more appropriately thought of as delayed purchasing decisions,” Mr Gitzel said.

“Utilities are delaying their purchasing decisions due to the uncertainty caused by changing market dynamics, including the ongoing market access and trade policy issues.”

Cameco has two Australian uranium projects in Western Australia — Kintyre and Yeelirrie — that have largely negotiated the necessary environmental permitting processes allowing constructions. But both are well out of the money, with Yeelirrie — bought from BHP for $US430m in 2012 — needing a long-term price of $US55-$60 a pound to be viable, and Kintyre, worth $US346m in 2008, closer to $US75 a pound.

While Mr Gitzel said he was concerned the lack of new mines could cause issues for the industry over the next decade if the number of nuclear power plants in the planning became a reality, he said there was no economic case for building new supply.

“Not only does it not make sense to invest in future primary supply, even the lowest-cost producers are deciding to preserve long-term value by leaving uranium in the ground,” Mr Gitzel said in Cameco’s financial report.

Signs of a recovery in the global market, partly spurred by the looming closure of ERA’s Ranger mine in the Northern Territory in 2021, have led to renewed activity from listed uranium plays.

Paladin Energy successfully raised $31.7m in October to fund feasibility studies on the restart of its Langer Heinrich mine in Namibia, and in the September quarter Deep Yellow raised $11.3m for its Namibian uranium exploration.

Cameco chief financial officer Grant Isaac said he did not believe new mines could win financial backing without a far stronger recovery in demand for uranium than was currently on the horizon, given the amount of idled supply sitting on the sidelines.

“It’s pretty hard to say you’re going to take the risk on an asset … that isn’t licensed, isn’t permitted, probably doesn’t have a proven mining method, when you have idle tier 1 capacity that’s licensed, permitted, sitting there,” he said.

Subscribe to Nuclear News for weekly updates on how we are keeping WA nuclear free and news from around the world.