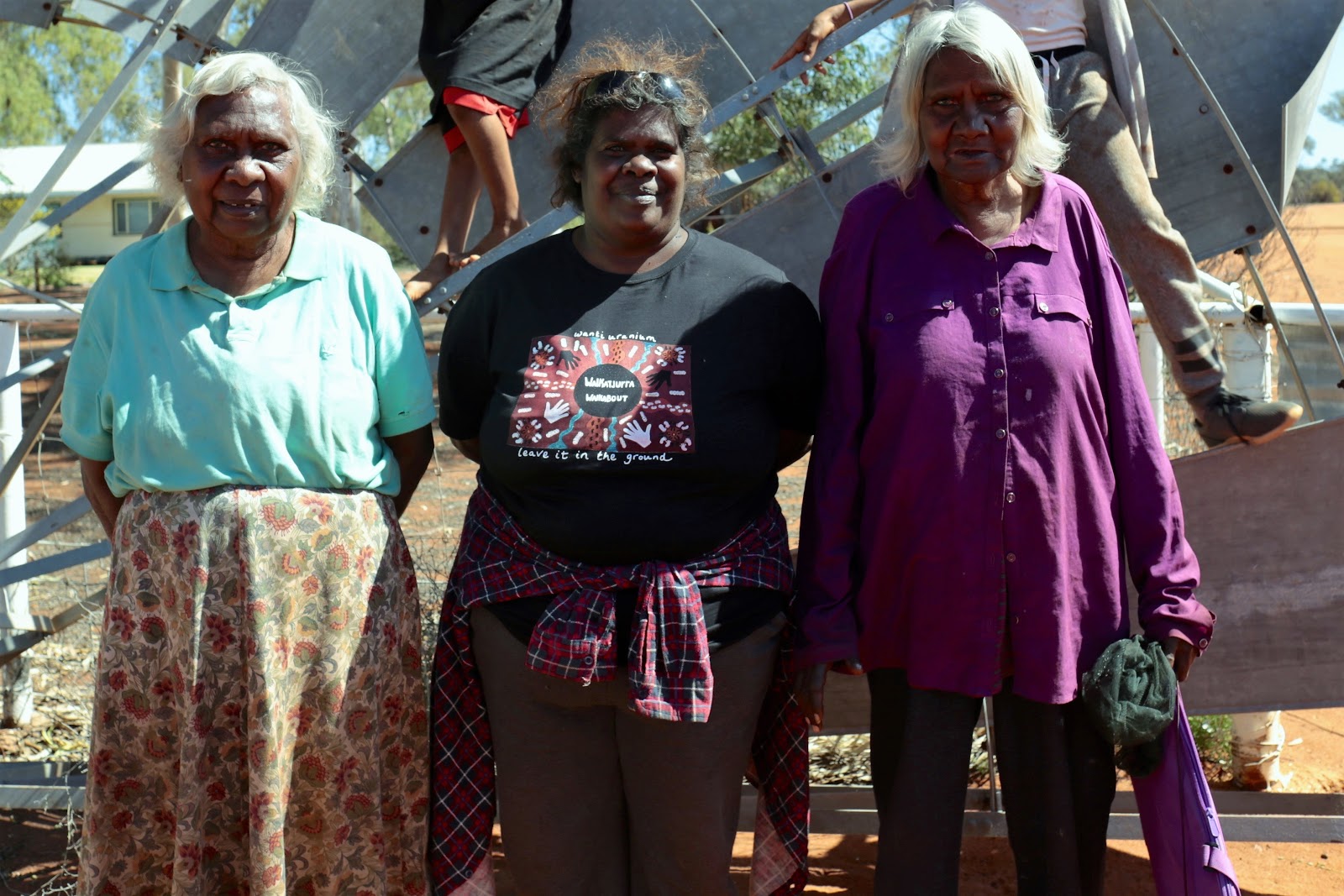 CCWA Director Piers Verstegen said the pressure on indigenous people to agree with mining was enormous and the three women had shown incredible courage and determination in defending their country and culture from uranium projects.

“The little-known story of these amazing women can serve as an inspiration to all Australians.

“Their cultural obligation to look after country has involved an incredible act of perseverance and determination in the face of significant hardship, and at times, great personal cost. We can all draw inspiration from their story and their success.

“Over a period lasting nearly five decades, Shirley, Elizabeth and Vicki have successfully resisted proposals that would have had profound impacts on their land, culture and community.

“The tireless work of these amazing women has helped overcome plans from at least three separate companies to mine the Yeelirrie uranium deposit on their cultural lands which are part of the Seven Sisters songline.

“In the process of defending country and culture the Tjiwarl women have given strength and courage to their own community and many others. This prestigious national award recognises those efforts and supports them to continue in this important work.''

From country to courtroom

For the past eight years, the Tjiwarl women have hosted hundreds of people from all over the world on an annual month-long walk through their country in protest to the Yeelirrie mine proposal - Walking for Country.

Their efforts have also taken them to WA’s highest courts. In a landmark legal case, the Tjiwarl woman and the Conservation Council of WA challenged environmental approvals for uranium mining at Yeelirrie in an extraordinary legal bid to prevent the extinction of wildlife and protect Aboriginal lands.

The mining proposal by Cameco was rejected by the WA EPA due to the likelihood of extinction of a number of species however approval was issued by an Environment Minister during the Barnett Government. It would have involved a 9 km open mine pit, clearing of 2,400 hectares of native vegetation, using 8.7 million litres of water per day and generated 36 million tonnes of radioactive mine waste.

The court case to overturn the approval was ultimately unsuccessful but the mine plan continues to be stalled and the Tjiwarl women have vowed not to give up their fight.

Established in 1992, the Rawlinson Award, is given annually in memory of ACF Councillor Peter Rawlinson – a zoologist, lecturer in biological science and environmental campaigner.

The award, which celebrates outstanding voluntary contributions to protect the environment was conferred on the women at ACF’s annual general meeting in Melbourne on Friday night.