Western Australia’s peak environment group has renewed its call for Chevron to control its spiralling carbon pollution, saying the company’s own monitoring shows the sex of baby turtles born on Barrow Island is changing as a result of pollution-induced climate change. 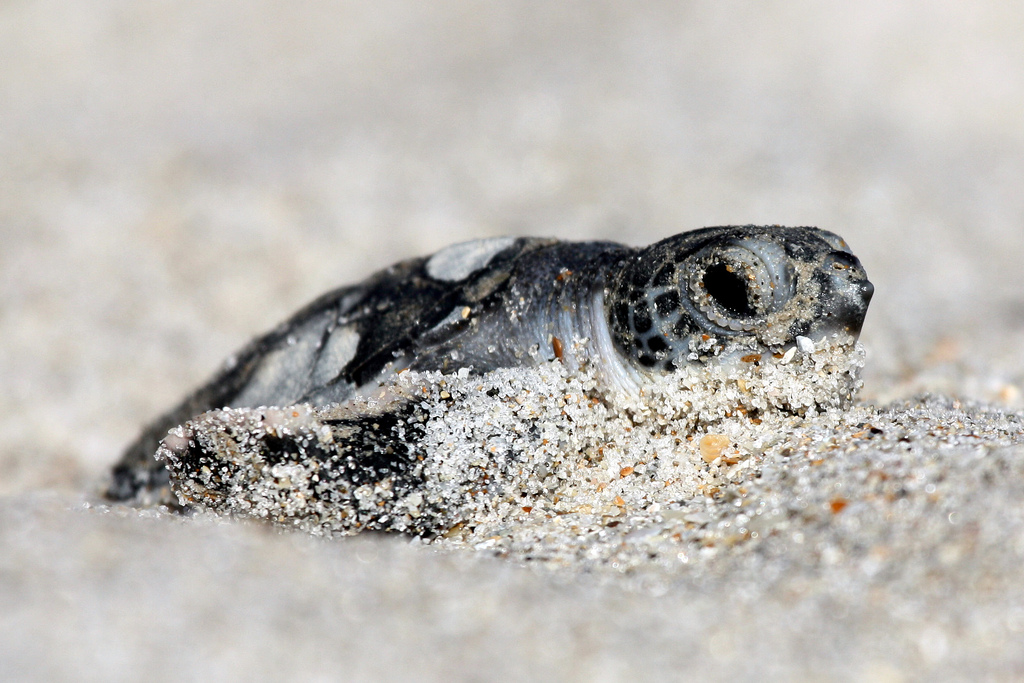 Sea turtles travel thousands of kilometres every year to lay eggs on the beaches that they were born on. Barrow Island off the Pilbara coast is a globally significant hotspot for turtle nesting, and is home to Chevron’s giant Gorgon LNG plant which can release nearly 10 million tonnes of pollution every year.

The LNG plant made headlines recently when Chevron revealed that pollution control equipment had failed, causing an extra 5 million tonnes of pollution to be released.

Conservation Council of WA (CCWA) Director Piers Verstegen said that Chevron’s own reports reveal that the company is aware of similar impacts on Barrow Island turtles, but has failed to take any action to address the problem.

Chevron’s monitoring indicates that the company has been aware of significantly elevated sand temperatures on Barrow Island beaches for years. A 2013 compliance report for the LNG facility states:

Barrow Island sand temperatures during the nesting/hatching season for Flatback and Green Turtles were significantly hotter than those recorded in baseline seasons. The high sand temperatures on Turtle nesting beaches were likely to produce sex ratios biased towards females, even on the coolest beaches.

The Chevron reports made for alarming reading, and demanded immediate action by Chevron, said Mr Verstegen.

“Chevron shares a home with sea turtles, and it must take responsibility for the impacts revealed by its own monitoring.

“What is the point of Chevron monitoring these amazing creatures if nothing is done to address the pollution that is affecting them?

“Dramatic changes in the sex of sea turtle populations have been observed in other locations where beaches are warming, and Chevron’s own reports reveal that Barrow Island turtles face the same issue.

“The company is well aware of the impacts of pollution on the Barrow Island sea turtles, yet no action has been taken to address pollution from the company’s own giant LNG facilities.

“Chevron is in the top 10 of carbon polluting companies globally[1] and by far the largest polluter in WA. The company is responsible for nearly a quarter of WA’s carbon pollution, releasing around 20 million tonnes of pollution every year from its two giant LNG plants.

“Instead of addressing its pollution problem, Chevron has actively campaigned to have its pollution controls lifted and is failing to meet the conditions currently in place.

“Chevron successfully lobbied for a sweetheart deal where carbon pollution limits on its massive Wheatstone LNG project were removed under the Barnett Government, and the company is failing to comply with pollution controls on its Gorgon facility on Barrow Island.

“Chevron has admitted that failed pollution control equipment on the island would result in an extra 5 million tonnes of carbon pollution being released into the atmosphere.

WA Environment Minister Stephen Dawson has triggered a review into Chevron’s carbon pollution from the Wheatstone facility, however the company has continued to deny there is a problem.

“These alarming pollution impacts on Barrow Island are a reality check for Chevron. They cannot continue to get away with millions of tonnes of pollution every year without addressing the impacts that this pollution is contributing to.

“As WA’s largest polluter, we call on Chevron to take responsibility for the impacts that pollution and climate change are having on the turtles that the company is monitoring on Barrow Island.

“If Chevron is not prepared to take action, the WA Government must urgently step in to control the spiralling pollution from WA’s largest polluter,” concluded Mr Verstegen.

Images and footage of sea turtles available on request.