The world’s leading scientists have issued an urgent alarm, saying that this is the critical decade for action on climate change and the environment. This means the policies of the next Australian Government will be absolutely critical to our future. And that’s why tens of thousands of Australians are standing up and taking action to make this the “Climate Election”.

Whether they’re pulling on a pair of shoes to march through the streets, grabbing a clipboard and knocking on doors, or picking up a phone to call other voters, ordinary people are working hard towards the combined goal of one million conversations on climate before the election.

But with so much political spin in the media, it can be hard for everyday Australians to work out where the different parties stand on climate change and the environment. To make it easier, we’ve compiled an independent Climate Voter Scorecard ranking the major parties in the policy areas that matter most for our future.

Check out our Climate Voter Scorecard below (or view the PDF here): 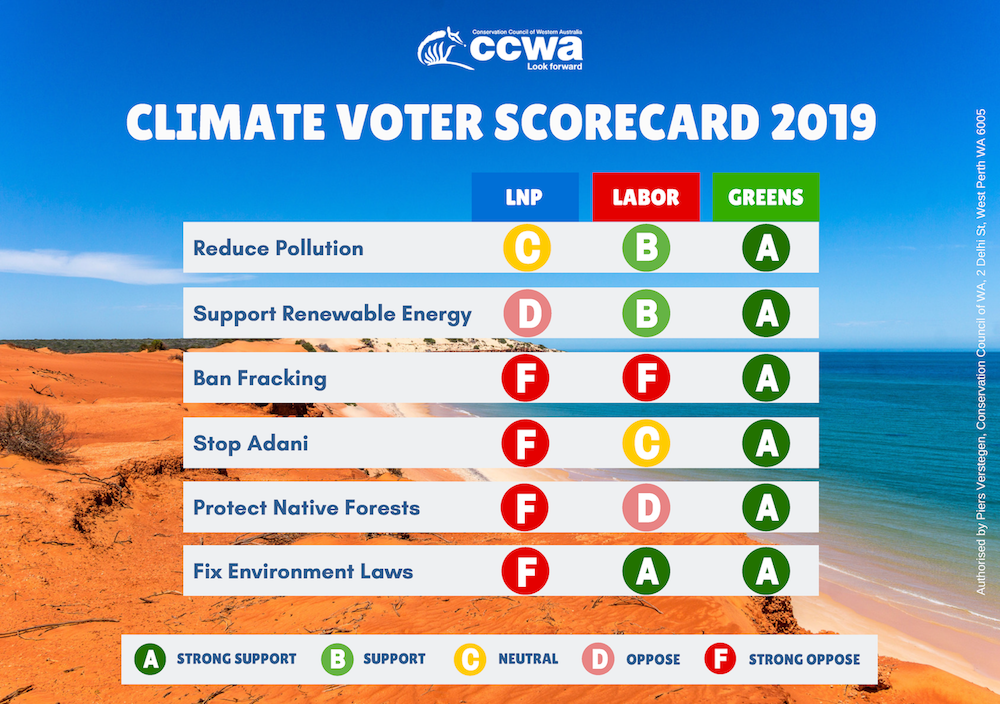 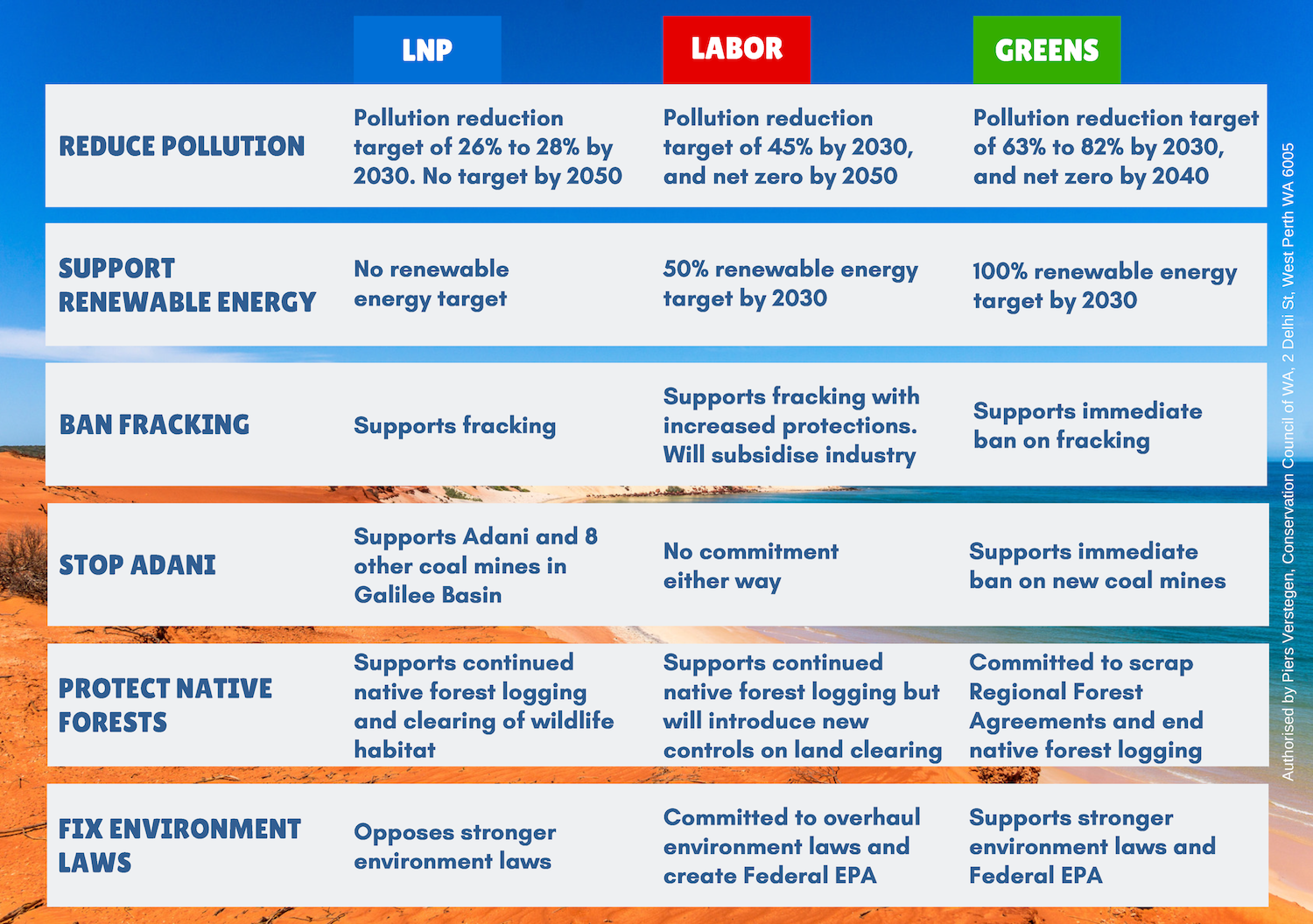 If you would like to share our Climate Voter Scorecard, here are some easy ways for you to get involved: