WA’s peak conservation group has strongly backed the EPA’s calls for a review of the WA Government’s climate change policy and action on land clearing in the Authority’s Annual Report for 2017. 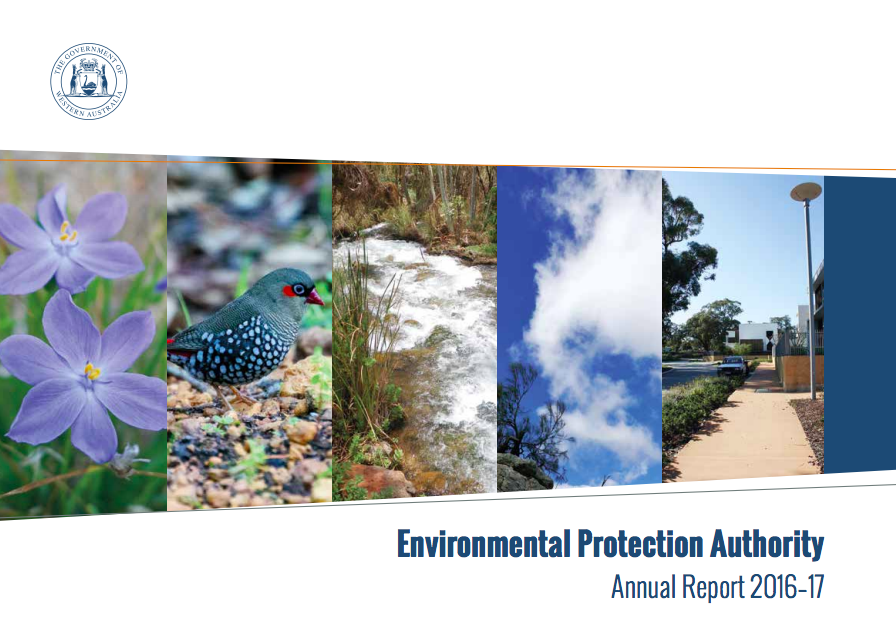 The report released yesterday highlighted the need for an ‘effective and contemporary’ climate change policy and a comprehensive database of information on land clearing in WA.

Conservation Council of WA Director Piers Verstegen said the EPA had picked up on two of the most significant and concerning environmental issues facing the state and which demanded action by the McGowan Government.

“The climate change policy inherited from the previous government is a policy to do nothing, and it’s no surprise that as a result Western Australia’s carbon pollution is rapidly rising.

“We strongly back the EPA’s call for a review of this policy and this should be done in a way that engages the whole community to find solutions.

“Several other states have established pollution reduction targets of zero emissions by 2050 in line with the Paris Agreement to maintain global temperatures to below 2 degrees warming.

“Yet here in Western Australia, we still have an embarrassing policy that is more closely aligned with a Donald Trump approach to the issue.

“While the EPA have stopped short of recommending a specific carbon pollution reduction target, we must also be guided by the Paris Agreement here in WA.

“The fact that our pollution is rising rapidly due to fossil fuel developments with no emissions controls, while we ignore our potential as a global leader in clean tech and renewable energy is embarrassing.”

The EPA have stated:

“The EPA considers it timely for the State to ensure its climate policy remains appropriate, effective and contemporary and calls for its review. In particular, clarity is sought on:

• the role, if any, for WA-based GHG emissions targets or offsets

• differentiation between GHG emission policies and actions for electricity generation versus other sources of emissions.”

“Land clearing is another priority issue for conservation groups given that loss of habitat is the primary threat to WA’s native wildlife and biodiversity,” said Mr Verstegen.

Despite calling for better information on land clearing in their 2015/16 Annual Report, this year the EPA have stated:

“there is still no comprehensive system for monitoring and reporting on the remaining extent of native vegetation and how it is changing” and, “There has been little progress in comprehensively capturing and collating this information in the past year.”

“With watered-down clearing regulations inherited from the Barnett Government including over forty types of exemptions and no way to evaluate how much clearing is occurring, WA’s clearing laws are clearly in need of a major overhaul,” Mr Verstegen concluded.