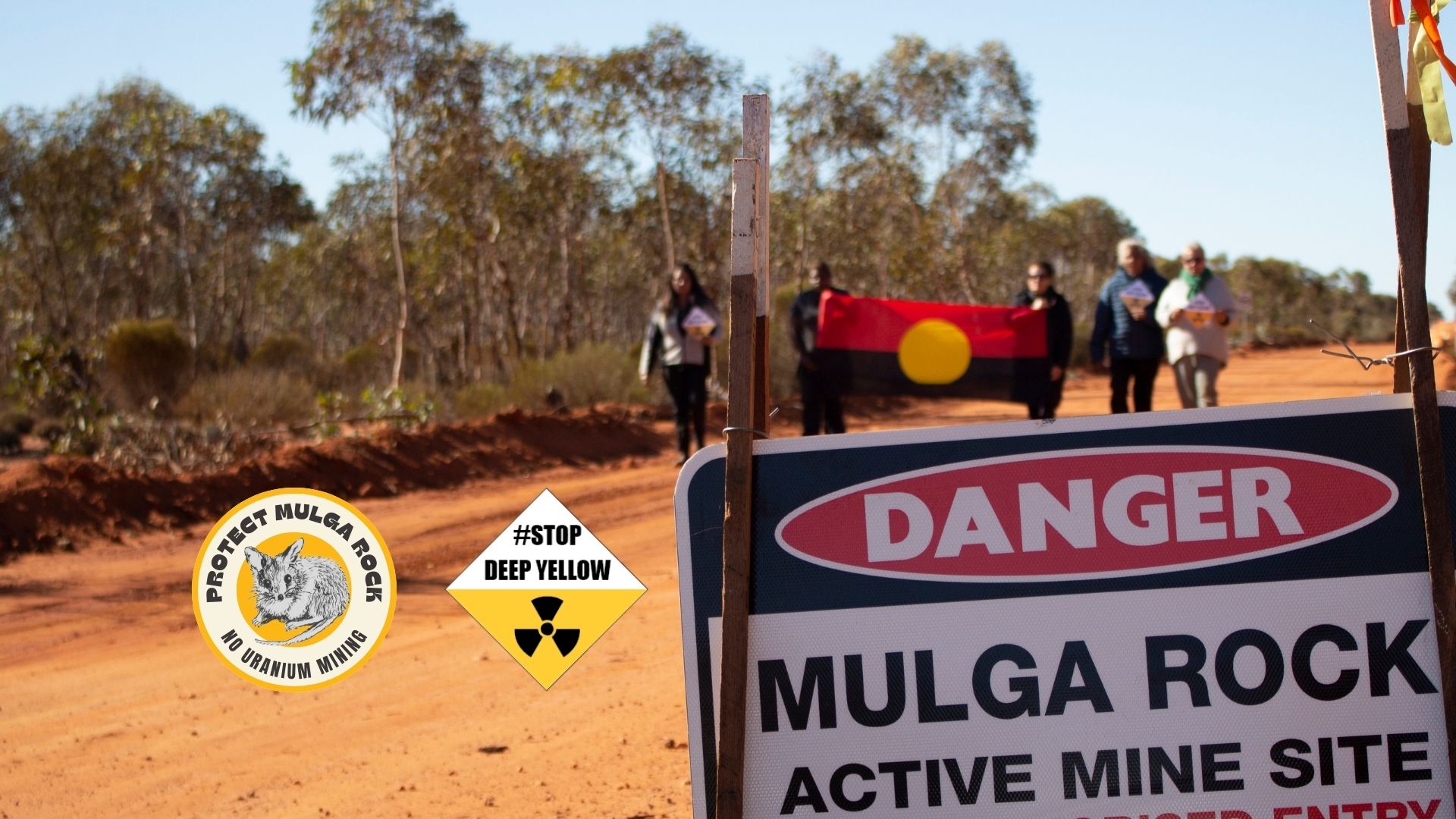 Join us at Deep Yellow's Annual General Meeting Friday 25 November 2.30pm (or come a bit earlier - the AGM starts at 3pm and we want to be there early to hand out briefings).

Deep Yellow are behind plans to mine uranium at Mulga Rock on Upurli Upurli country - north west of Kalgoorlie. This is the only uranium project that is able to advance in WA.

Uranium is different to other minerals - it is radioactive - turning clean water in to radioactive tailings, uranium mining leaves a lasting legacy at the mine site and overseas. Uranium is fuel for nuclear power - it ends up as nuclear waste and in the worst case it can end up as nuclear fallout.

Members of Deep Yellow's executive team were previously in charge at companies which have troubling track records - from the destruction at Juukan Gorge to mines in Africa with leaks, spills and worker fatalities.

Stand up and speak out to protect Mulga Rock, Upurli Upurli country from uranium mining and keep WA closed to the toxic uranium trade. Bring banners and noise makers and all your friends and family.