Political candidates in the Western Australian election will be given the opportunity to speak to their environmental policy at a forum to be held on the 2nd of March at Perth Town Hall. 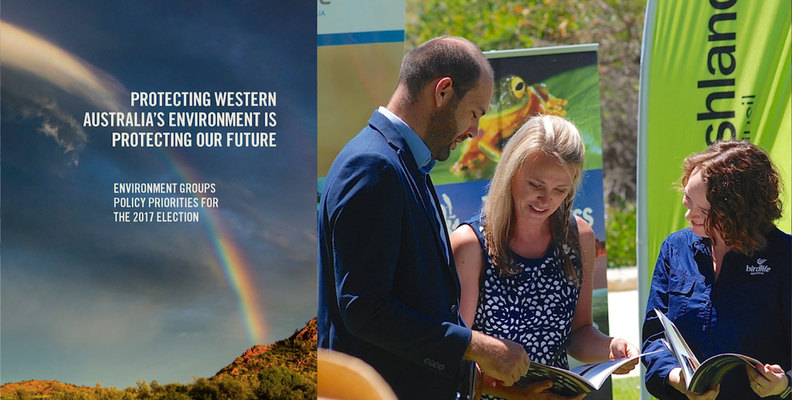 An unprecedented alliance of local, state and national environment and conservation groups has unveiled a plan for protecting WA’s environment and transitioning to a low pollution economy ahead of the State election in March, and the forum will give an opportunity for political parties to respond to this plan.

Conservation Council of WA Director Piers Verstegen said Western Australians define themselves through their engagement with their unique and incredible environment.

“West Australians care about our environment, it is central to who we are and because of that people are looking for a party with strong environmental policies when casting their vote,” he said.

“People expect government to protect our unique wildlife and the places we love by taking strong action to address environmental challenges and to secure a sustainable future for our State and the generations of Western Australians to come.”

Some of the State’s most respected scientists will be part of the panel, including Emeritus Professor, John Bailey who recently called for an overhaul of environmental protection laws in response to Government decisions on Roe 8 and uranium mining proposals which contravene important environmental safeguards.

The purpose of the forum is to clearly lay out what is needed to protect our unique wildlife, maintain clean air and water, to address climate change and other environmental challenges here in WA and to allow people to prioritise the environment when they vote on the 11th of March.

“Right now we have an opportunity to choose a future powered by renewable energy instead of gas fracking, especially in awe-inspiring places like the Kimberley,” she said.

“Now is the time to decide to protect our globally-significant heritage assets, like the Helena Aurora Range, or allow irreversible and destructive mines to progress against EPA recommendations.

Environmental groups say that they will be encouraging all participants and members to take action to ensure the environment is prioritised in the lead up to the state election, and will be scoring political parties on their environmental policy accordingly.