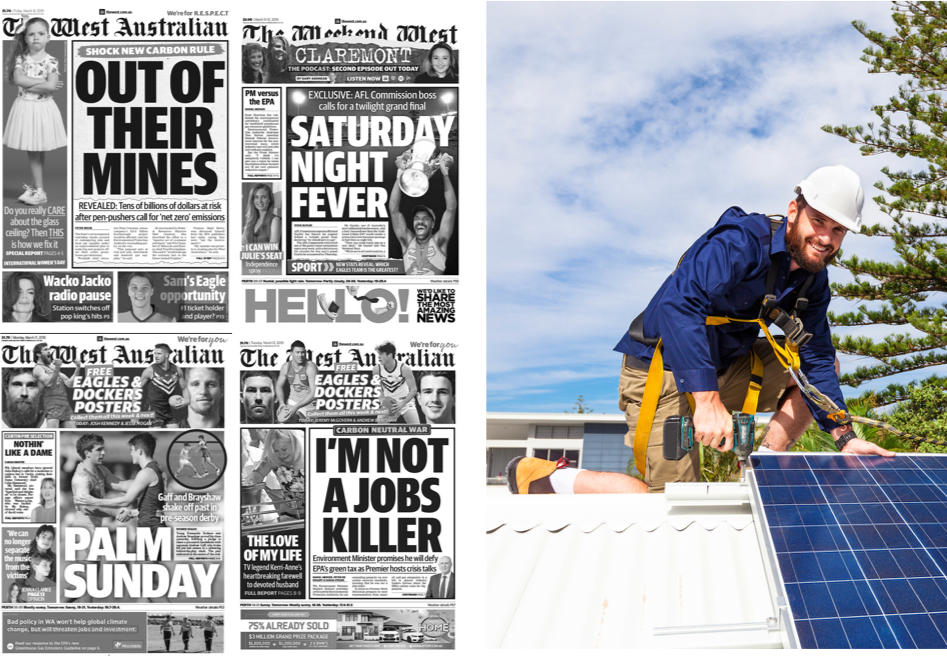 Big oil and gas are wrong. EPA’s climate policy is good for jobs and the climate

The WA Environmental Protection Authority (EPA)'s updated policy on climate change has the potential to be a major employment driver, and deliver a huge environmental and economic opportunity for Western Australians. It will also make a necessary and pragmatic contribution towards preventing dangerous climate change. But as a response, major oil and gas players have attacked the EPA with outrage in the media and full page advertisements in the state’s only daily broadsheet, which itself has links to the oil and gas industry. The hysterical response is a blatant mix of hypocrisy and hyperbole. 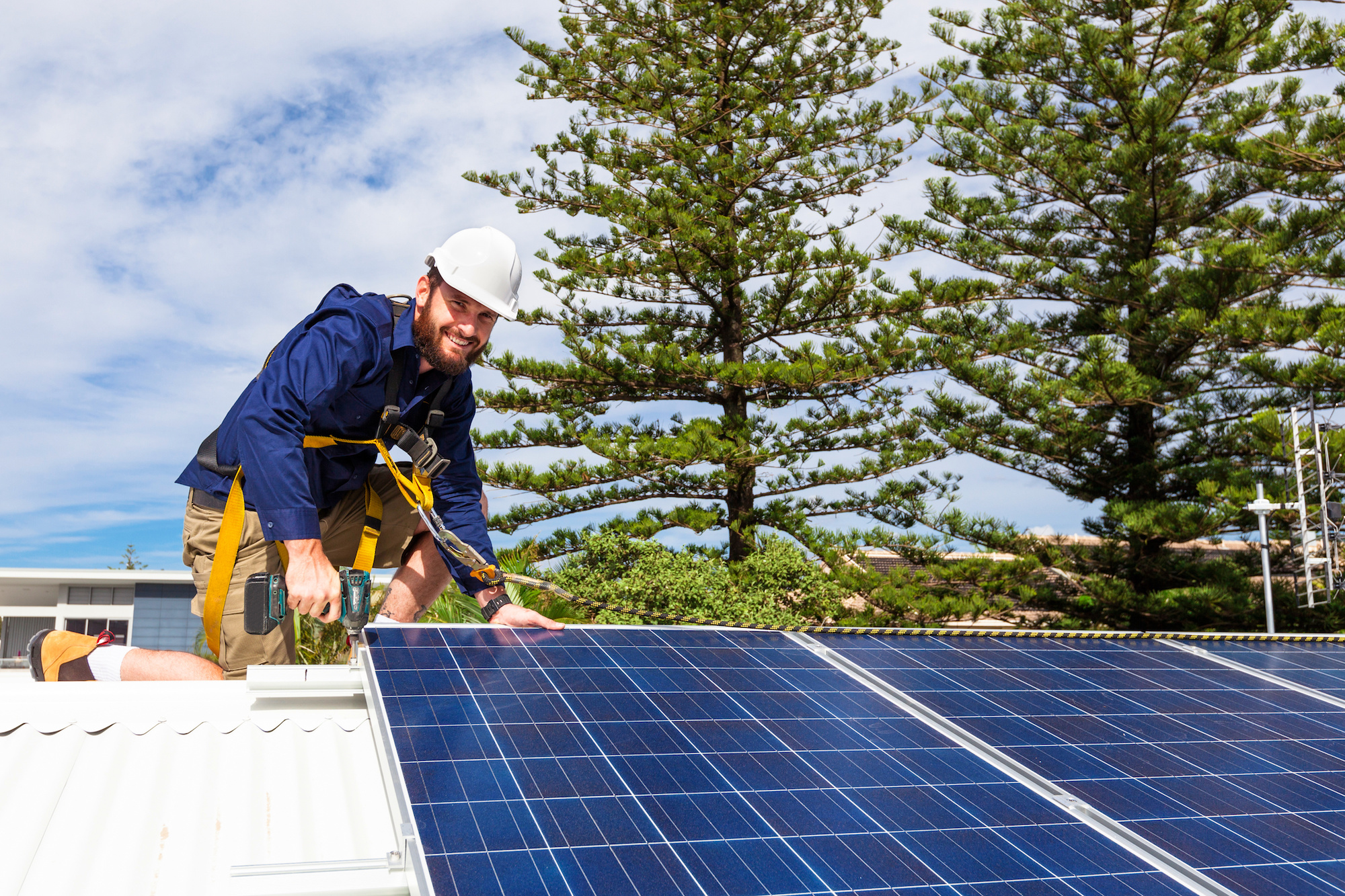 The WA EPA policy calls for greater efforts by polluters to reduce and avoid emissions, and to offset any remaining direct emissions by investing in tree planting, environmental restoration, carbon farming, or other projects that generate certified carbon credits. The policy is not a blanket ruling applying overnight to all polluting businesses as some have assumed. Instead, the policy will inform advice to government following EPA assessment of new projects, and rare reviews of existing facilities.

The policy rightly acknowledges the science underpinning the Paris Agreement, which holds that pollution levels must decrease sharply on the way to achieving global ‘net zero emissions’ by 2050 if the worst impacts of climate change are to be averted. The task of reducing pollution logically starts by preventing further increases, which is exactly what the EPA policy aims to achieve.

You simply cannot get pollution down if new sources are coming online faster, and nowhere is this inconvenient reality more obvious than in WA.

Massive liquefied natural gas (LNG) production facilities coming online in recent years are now the primary driver of Australia’s emissions growth, and have seen the state’s emissions rise by a staggering 27% between 2000 and 2016, with much more yet to come.

And while the Morrison Government has pledged to continue spending billions of taxpayer dollars buying carbon credits, Australia’s rising pollution figures clearly demonstrate that without constraints on new sources and the biggest existing emitters, their policy is doomed to fail.

In fact, the entire pollution savings that will be achieved by the Morrison Government’s taxpayer funded Emissions Reduction Fund will be cancelled out by just one of WA’s four mega LNG projects.

The WA EPA approach is a modest step. While climate scientists, environment groups, and even Australian courts are calling for a stop to any new fossil fuel developments, the EPA has taken a compromised position that would allow these projects to proceed with offsets only for their direct emissions. This position still sidesteps the moral and ethical responsibility we have for pollution from burning our exported fossil fuels overseas, but it is a big step forward for the EPA.

Nearly a decade ago, the Commonwealth Department of Environment recommended exactly the same approach in its assessment of the Shell Prelude floating LNG facility off the WA Pilbara coast. Since then the NT Government has endorsed recommendations from its fracking inquiry that go even further, requiring both direct and downstream pollution from burning the gas to be offset. More recently, the NSW Land and Environment Court prohibited the Rocky Hill coal mine from proceeding on grounds that its indirect emissions would harm global efforts on climate change.

It is now an accepted legal responsibility for company directors to understand and plan for climate liabilities, including factoring in a carbon price in all investment decisions. And the EPA itself has always required polluters to take ‘all reasonable and practicable measures’ to reduce their pollution. Despite this, Woodside say the EPA policy is a surprise that will suddenly risk billions in investments. No Australian bank would invest in projects so vulnerable to a price on carbon, so why are Woodside asking their shareholders to risk investing in fossil fuel mega projects that they say could become unviable at the mere hint of such requirements by the EPA? 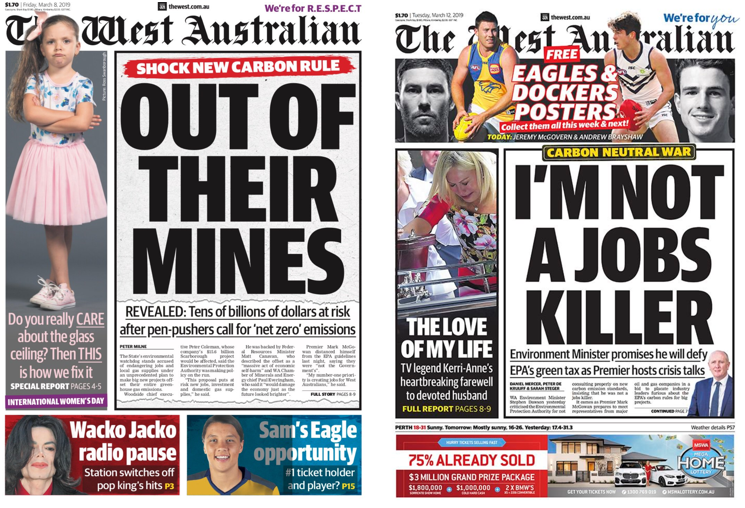 The reality is that these companies have been factoring in a carbon price in their internal decision-making for years. Their hysterical claims of investment risk are yet another blatant rent-seeking attempt to delay action on climate change, in order to protect the huge profits and sweetheart conditions these companies have enjoyed for decades.

If the EPA’s new policy were applied to Chevron’s giant LNG facilities, at a carbon price of $12 per tonne, offset requirements would cost just 2% of the $32 million dollar per day profit the US-based company is making from exporting our gas. This is a tiny impost on Chevron, but a huge benefit for the climate and WA’s fledgling carbon farming industry.

There is probably nowhere in the world oil and gas companies enjoy better conditions than here in Australia. The industry employs less than 1% of the WA workforce, and continues to outsource most of its engineering and equipment needs to countries with lower employment standards. And even though the resource they sell belongs to all Australians, LNG companies like Woodside and Chevron pay no tax, and no royalties for the gas they export by the giant shipload.

While Norway has built up a trillion-dollar sovereign wealth fund from oil and gas revenue, and Qatar nets billions in revenue each year from its LNG exports, Australia has little to show for its position as the world’s second largest gas exporter.

It's time to start holding these companies to account, and one way is by requiring they invest a portion of their mega-profits in Western Australian industries like carbon farming and renewable energy that create jobs and cut pollution.

Independent research by Reputex Energy shows that offsetting the direct emissions from LNG processing would be a major employment generator for WA, creating around 4,000 new jobs, with the majority located in regional areas.

In response to the announcement, major LNG company Woodside is on the attack. Their chief executive Peter Coleman demanded last week that WA Premier Mark McGowan reject the EPA's proposed advice before he has even received it. The claims of risk to investments seem disingenuous. Last year Coleman said the company’s customers were, “encouraging us to develop hydrogen power as a carbon neutral energy source,” and he has previously talked up plans to power its Pluto and Karratha LNG facilities with renewable energy. The company’s latest sustainability report reveals Woodside has established a new carbon offsets team, and the company has even called for a national carbon price. Far from a sudden shock that will endanger its investments, Woodside has seen this kind of action coming and has already begun making changes to ready and even profit from it.

Another claim from the gas industry is that exporting LNG is part of a global climate solution because it provides a clean alternative to coal. While gas is significantly cleaner at the point of combustion, when the full lifecycle emissions are considered (including the production and transport of LNG, and fugitive losses of methane) the benefits are negligible.

With or without gas, coal is being phased out globally and gas is directly competing with renewable energy to take its place. Even as a ‘transition fuel’ gas is no longer needed, as cleaner and cheaper ways to back up renewable energy are becoming available, such as batteries and other forms of storage.

The reality is that LNG companies like Woodside and Chevron are looking to sell as much of their oil and gas inventories as possible, before the world moves on to cheaper and cleaner energy sources. This means they will fight to delay any climate action for as long as possible.

But it is not the job of Australian governments to preserve fossil fuel company profits at the expense of our climate, jobs, and the public interest. The health of our economy and the jobs of the future clearly lie with action on climate change.