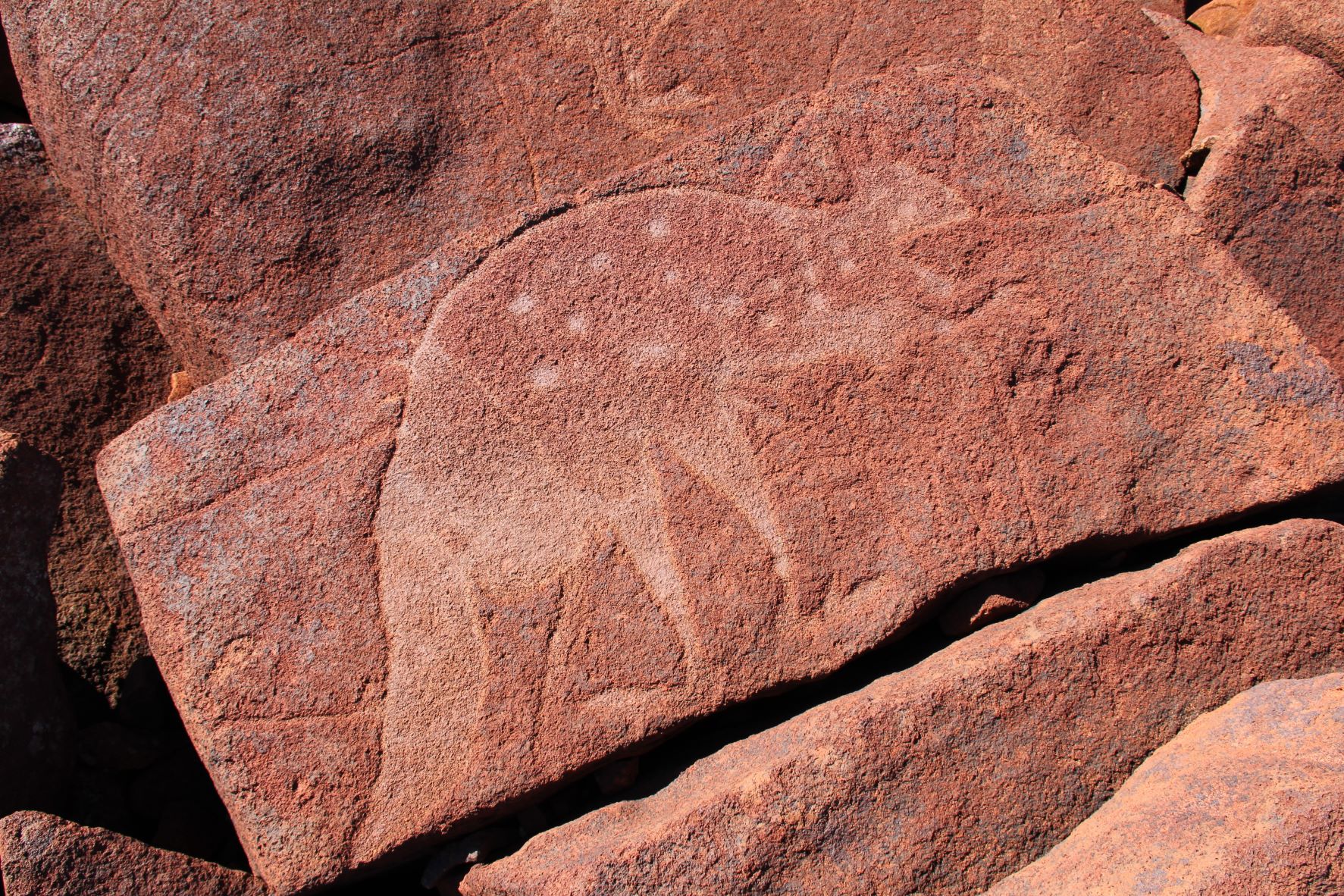 Conservation groups have welcomed new warnings from the EPA that pollution from Woodside’s LNG operations is risking ‘serious or irreversible damage’ to ancient rock art proposed for World Heritage listing on the Burrup Peninsula (Murujuga).

The Authority has raised the concerns in its assessment of the proposed Perdaman urea development on the Burrup. The report says “The EPA considers that there may be a threat of serious or irreversible damage to rock art from industrial air emissions” and that that “Currently, the most significant sources of air emissions within the Murujuga airshed are the Karratha Gas Plant and the Pluto LNG Plant.”

“What is happening on the Burrup has been described as Juukan Gorge in slow motion, with acid pollution from Woodside’s LNG processing slowly dissolving the surface of the ancient and irreplaceable rock art.

“Conservation groups, experts and Traditional Owners have been raising these concerns for some time and it is pleasing that the EPA has finally recognised these concerns in this assessment.

“Woodside’s Scarborough to Pluto LNG expansion would dramatically increase the pollution that the EPA says is threatening the Murujuga rock art. Now this is known, the WA Government and investors must rethink their support for the project and a full environmental assessment must be undertaken.

“We support the EPA’s finding that industry on the Burrup should “be required to ensure no air emissions have an adverse impact accelerating the weathering of rock art within Murujuga beyond natural rates.” We call on Minster Sanderson and the EPA to ensure this is applied to existing developments.

“The EPA’s cautionary approach in this new report stands in contrast to the prior approval of the Scarborough to Pluto LNG expansion without any assessment of its impacts on the climate or the Murujuga rock art. We believe this approval was unlawful and the Council has commenced a legal action in the WA Supreme Court in an attempt to rectify this.

“We are disappointed that the EPA has also recommended approval for the Perdaman development. CCWA shares the view that there should be no further industrial development on Murujuga, to avoid impacting the globally significant cultural values that are proposed for World Heritage Listing.

“We strongly support the Murujuga Aboriginal Corporation’s objective to ‘work towards reducing the industrial footprint with an ultimate goal of zero industry on Murujuga’[1].

“The Perdaman project will also result in the release of nearly 10 million tons of carbon pollution over its lifetime. This is totally inconsistent with the need for urgent action on climate change.

“Perdaman’s competitors are looking to build fertliiser plants fed by hydrogen produced with zero-pollution renewable energy. We urge Vikas Rambal and his investors to build a renewable hydrogen fertiliser plant elsewhere, away from the Murujuga rock art.

With the world shifting to low-carbon products, new polluting gas-fed fertiliser plants like the Perdaman project are unlikely to provide an attractive investment.”