National and state environment groups have today release an analysis of the proposed Mulga Rock uranium mine, which identifies that the project lies between three fault lines that the proponent failed to adequately disclose.

The public comment period for the proposal closed today with over 1100 individual submissions calling on the EPA to reject the mine proposal.

Vimy Resources’ proposal for a uranium project at Mulga Rock is in the Yellow Sandplain Priority Ecological Community, 250km north east of Kalgoorlie and upstream from the Queen Victoria Springs A Class Nature Reserve.

“Vimy want to take 15 million litres of underground water every day for their uranium operation,” said CCWA nuclear free campaigner Mia Pepper. “This ancient water is sustaining life and supporting this fragile desert ecosystem. Vimy would be voraciously consuming this precious water resource in a bid to extract a product that is unsafe, unnecessary and uneconomic.”

“Vimy are seeking to fast-track approvals for this project before next year’s state election even though the uranium price has flat-lined in the wake of Fukushima”.

The environment groups detailed submission has also identified deficiencies in the plans for the long term containment and management of radioactive mine tailings, including the presence of under reported seismic fault-lines in the proposed tailing dams region.

“Australia should withdraw from mining the mineral that fuelled Fukushima, not open the door to more mines and more radioactive disasters.”

In September 2011 following the Fukushima accident UN Secretary General Ban Ki Moon called on Australia to conduct ‘an in-depth assessment of the net cost impact of the impacts of mining fissionable material on local communities and ecosystems’.

“Instead of trying to fast-track an unwelcome new mine to promote an unsafe old industry it is time for a genuine examination of the costs and benefits of WA’s fledgling uranium sector through a full public inquiry under the provisions of the state Environmental Protection Act”. 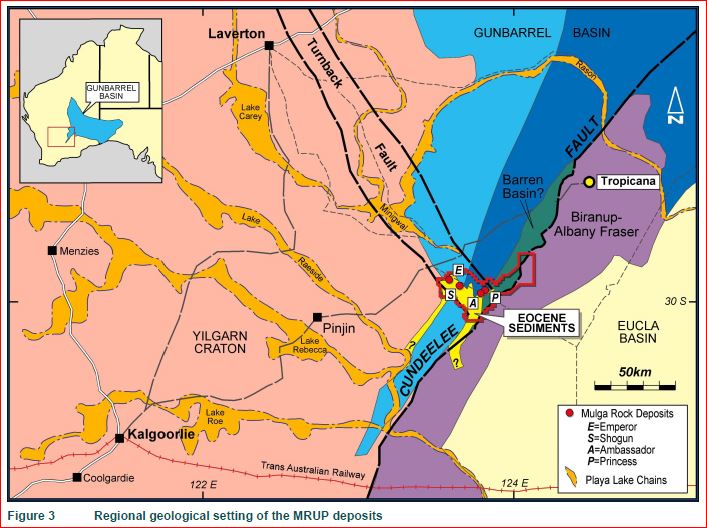