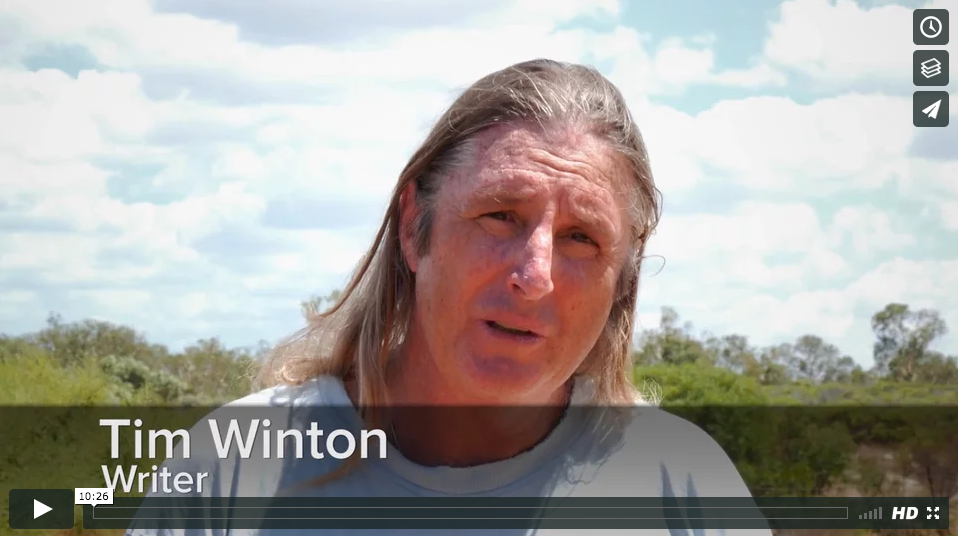 With less than two weeks until the State election, there’s so much happening for CCWA, our member groups, and dedicated people like you - all working together to make the environment a priority for our next Government.

Here are some powerful ways to help make a difference and find out more in these critical last few days:

Join with some of WA’s most well respected experts and campaigners as we discuss the critical environmental issues for the election and beyond. We will be joined by a panel of political party representatives who will respond to questions from the audience on the policies they will take to the election. An election scorecard on environmental issues will also be revealed during the evening.

This is an event not to be missed! Get your tickets here, and remember to take the survey to tell us what matters to you!

Iconic multi-award winning Western Australian author Tim Winton has joined with CCWA and the Frack Free Future campaign to highlight the risks of gas fracking in the lead up to the State election. Mr Winton has narrated a mini documentary made by Richard Todd, the Margaret River filmmaker of critically acclaimed anti-fracking documentary Frackman. Watch his video and sign the petition to ban fracking statewide here.

Tim says, “If ordinary citizens don't take action now, the Kimberley could be industrialised and the State's precious drinking water could be compromised by thousands of gas wells”.

"The Roe 8 issue has gone beyond the building of a road and destruction of wetlands. The project has become one of the worst failures of government and law in the history of this State. It is our responsibility to do everything we can to ensure this never, ever happens again." - Piers Verstegen, CCWA Director

Nuclear Free WA - A message to all ALP candidates

With the election looming, uranium companies are knocking on the door to mine four uranium deposits on Aboriginal land - Kintyre, Yeelirrie, Wiluna, and Mulga Rock. If these mines go ahead they will put the environment, communities, workers, and cultural heritage at risk. If WA Labor win the election it’s important they take action to ban uranium mining. To get this on their agenda we need you to send a message to Labor candidates.

RenewWA - Chip in to defend renewable energy from the scare campaign

Unbelievable. Have you seen the shocking campaign ads authorised by the Liberal Party that claim renewable energy targets for WA will drive up costs and cause blackouts? We can’t let it go unanswered. Donate now to help to counter the misinformation about renewable energy!

“Seeing people return to their traditional lands to care for them is what drives me. As a Yamatji elder, it’s what makes me most proud, and it’s why I’ve been working hard in the Midwest to support Create Ranger Parks – an exciting plan for new national parks, managed by local Indigenous rangers, in WA’s amazing Outback. Things are now moving, and I’m writing to ask you to join this important push. Let WA Labor leader Mark McGowan know that you want Labor to commit to Create Ranger Parks, including protecting the 66 future Ranger Parks as national parks.”

Thank you for all that you do for WA’s environment - together, we can make a difference before and after the State election, and we will continue to protect our precious wildlife and environment for generations to come.

The whole team at CCWA

P.S. If you only take one action before the election, please take our community survey. We will use the survey results to lobby the next Government by showing them that Western Australians value their natural environment and support action on climate change and renewable energy.