July has been an exciting month, proving that our community is certainly not afraid of a challenge! Together, we took on challenges that ranged from the personal, like Plastic Free July, to the very public, like our Supreme Court action to stand with Traditional Owners and prevent extinctions at Yeelirrie.

As we finished another financial year, July also highlighted how incredibly generous you are. Thank you so much for donating or for contributing in another way - we’re so grateful to have you in our community. Special thanks to members of our Voice for the Environment monthly giving program. Your regular donations all add up to a huge impact - and working with you, we can continue to protect our incredible wildlife and environment for generations to come! 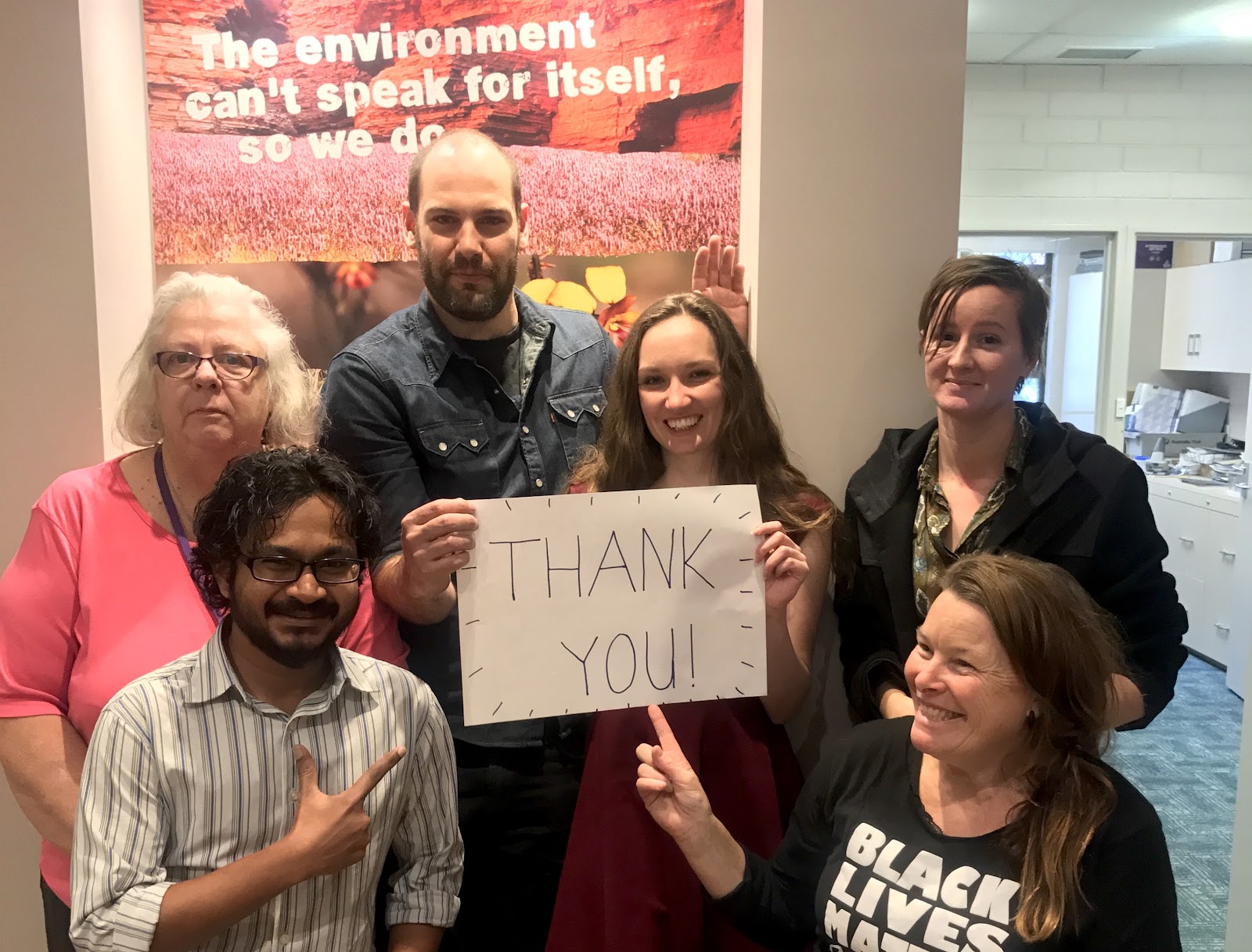 A message from Piers about our Supreme Court action to protect Yeelirrie from uranium mining:

“Granted in the final days of the Barnett Government and while bulldozers were in the Beeliar Wetlands, the approval for the Yeelirrie uranium proposal stands is one of the worst environmental decisions in WA history. The EPA recommended against the project, warning that it would cause the extinction of several species, however these concerns were ignored by the Minister, setting a shocking precedent for native wildlife across the state.

As WA’s peak conservation group we cannot let this decision go unchallenged. Together with Native Title holders and the Environmental Defender’s Office, we are challenging the approval in the Supreme Court.

We are not taking this step lightly - it is costly and difficult - and  we need your support - will you help us with court costs for this Supreme Court challenge?

Thank you so much to everyone who has already donated!”

“Thank you so much to everyone who took action for a Plastic Free WA this month! Whether you signed the petition or attended our forum, by calling for an end to single use plastic you’ve helped create a better future for everyone. To start with, Environment Minister Stephen Dawson and Woolworths and Coles have already announced that they’ll ban single use plastic bags!

I also took on the Eco Action Challenge and wrote a daily blog, and was so inspired by your challenges too. Maggie Poole-Johnson paved the way for others to follow by blogging about her Plastic Free June, Bhaval Chandaria gave up buying synthetic clothes (another form of plastic), and the Office of Robin Chapple MLC signed up to became a waste free office - in addition to introducing the WA Greens Bill to Ban Plastic in the WA Parliament.”

“The seventh annual Walkatjurra Walkabout will be leaving Fremantle on Friday 4 August, and to send them off the Ban Uranium Mining Permanently (BUMP) collective and the City of Fremantle is giving them a huge send off.

You’re invited to ‘How We Win The West’ on Thursday 3 August in Fremantle, an inspiring evening with talks from Traditional Owners as they talk about protecting their communities and country from uranium mining in WA. Please join us to receive an update on the Supreme Court action to challenge the Yeelirrie uranium mine approval, watch the premiere of award-winning documentary ‘Walking for Country’, and enjoy a range of national and international speakers and musicians.”

“Thank you so much to everyone who joined Water4Life on Saturday 8 July - which was credited as ‘Australia’s longest highway protest’! Together, we called on the WA Government to uphold their promise to ban fracking in the South West, Peel Region, and Swan Valley, and for a moratorium for the rest of the state.

But now that the Minister for Mines and Petroleum Bill Johnston has said that the Government doesn’t need to legislate these bans and that exploration for unconventional gas will still be allowed! It’s time again for us to contact our MPs personally. Will you email your MP, asking them to support a permanent and legislated ban on fracking statewide?”

And a taste of what’s to come… August is packed with film screenings!