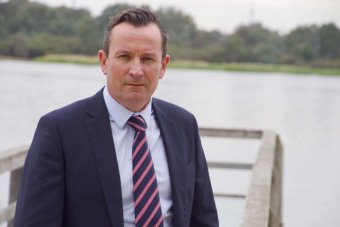 Growing community opposition to Roe 8, the first component of the Perth Freight Link, received a major boost today with Labor leader Mark McGowan committing to axe the project if elected and the State Government agreeing to halt clearing until January 9 in response to a Federal Court matter.

Save Beeliar Wetlands Convenor Kate Kelly welcomed the announcement by Mr McGowan as being indicative of the massive and growing community opposition to the project.

“We absolutely welcome this announcement as we now have a clear understanding of what a Labor Government would do with Roe 8 if elected and the Barnett Government must surely now halt works until after the election,” she said.

“There are no more excuses for the Barnett Government to be destroying threatened species’ habitat 66 days out from an election.”

Conservation Council of WA Director Piers Verstegen welcomed both developments, saying people across Perth and WA have been expressing outrage over the project since the Government targeted the highest conservation value areas with clearing activity only days before Christmas.

“The Roe 8 toll road has been a disaster from the beginning with poor planning, the absence of a sound business case, massive expense to taxpayers, failure to follow environmental policies, and a total lack of transparency in decision making for one of the most expensive projects in WA history,” he said.

“The appalling precedent that would be set if this project were allowed to continue would place our environment and heritage in danger across the State.”

Ms Kelly said SBW had applied for an injunction to prevent further clearing due to concerns with the Commonwealth environment approvals and compliance to the conditions for the embattled project.

“The Government have given a legal undertaking there will no more clearing done until January 9 while this matter is heard by the Federal Court,” she said.

“We are seeking an injunctive relief against any recommencement of the construction of Roe 8 which may lead to irreversible impacts such as clearing.”