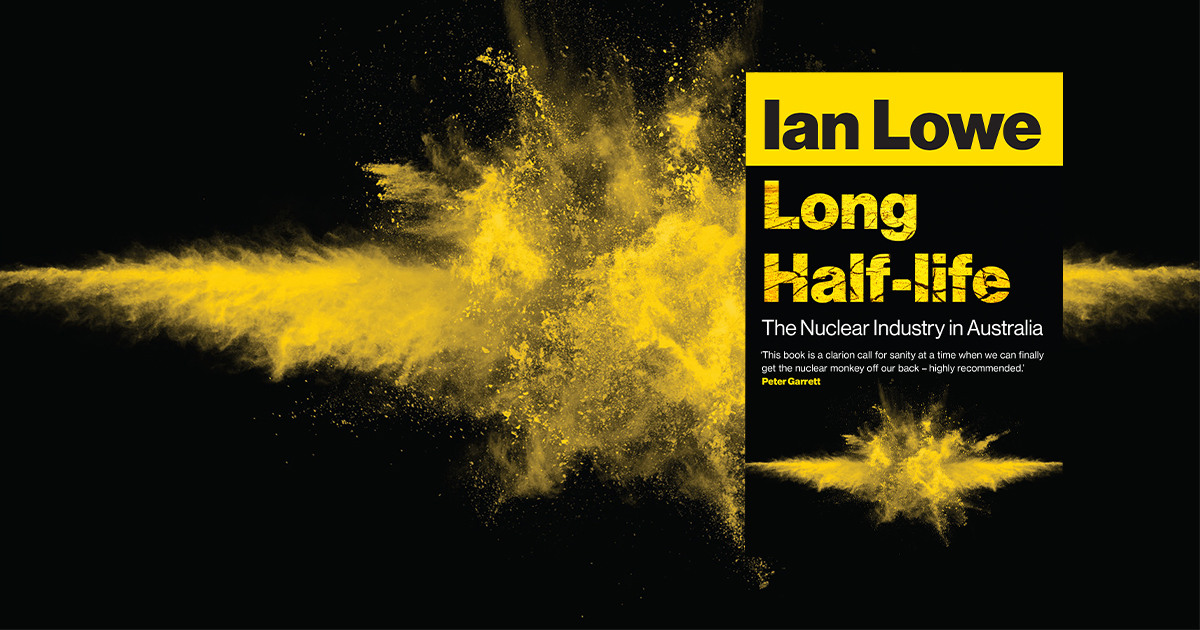 Join us for a special evening with Professor Ian Lowe AO and CCWA President Carmen Lawrence AO to explore the history of the nuclear industry in Australia.

This is an important time to reflect on the nuclear industry and Australia's role in it - and we can't think of two better people to do that with!

Here in Western Australia we are edging dangerously close to having one operating uranium mine, and are watching yet another community fight yet another proposal for a national radioactive waste dump. Nationally we are discussing the possibility of nuclear submarines, and facing the realities of a $2.2 billion clean-up at Ranger uranium mine. Globally there is a mounting push for a new generation of nuclear power, Russia has weaponised nuclear power in war, tensions are rising, and there is now an international treaty to abolish nuclear weapons.

'This book is a clarion call for sanity at a time when we can finally get the nuclear monkey off our back – highly recommended.’ - Peter Garrett

Australia has been directly involved in the nuclear industry for more than a century, but our involvement has never been comprehensively documented.

Long Half-life tells the social and political history of Australia’s role, from the first discovery of radioactive ores in 1906 to contemporary contentious questions. Should the next generation of submarines be nuclear powered? Can nuclear energy help to slow global climate change? Do we need nuclear weapons for defence? Should we store radioactive waste from nuclear power stations in our region?

Long Half-life is a timely and riveting account of the political, social and scientific complexities of the nuclear industry, revealing the power of vested interests, the subjectivities of scientists and the transformative force of community passion.

‘Ian Lowe brings both scientific rigour and personal depth to an issue that has generated heartache and headlines for decades. This cautionary tale is timely and important.’ - Dave Sweeney, Australian Conservation Foundation

Professor Ian Lowe AO is uniquely qualified to tell this story, following a long career in universities, research councils and advisory groups. Lowe is the author of several books, including Living in the Hothouse (Scribe, 2005), A Big Fix (Black Inc., 2005), A Voice of Reason (UQP,...
Read More

Professor Carmen Lawrence AO is the President of the Conservation Council. With a breadth of experience in psychology, state and federal politics - covering Health, Indigenous Affairs, Environment and Industry she has become a leading voice for environmental protection and social change.