“The project does not have final approval to begin construction, it is not economically viable, it does not have a social license to operate and there is no bipartisan political support for this sector in WA,” said CCWA campaigner Mia Pepper.

“It is a long way from a conditional environmental approval to an operating mine.”

The Mulga Rock project is east of Kalgoorlie in a region classified as ‘pristine’ and upstream from the Queen Victoria Springs Class ‘A’ Nature Reserve. The area is home to rare and endangered species, including the sandhill dunnart, marsupial mole and rainbow bee-eater. 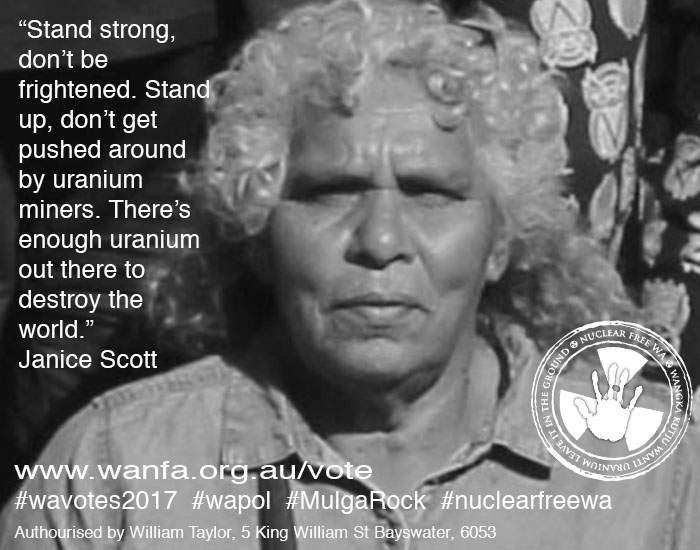 “Days out from a state election where there is a stark policy contest on uranium mining federal environment Minister Frydenberg has put industry favours ahead of proper process and effective environmental protection. His race to rubber-stamp a major radioactive risk is deeply irresponsible,” said ACF campaigner Dave Sweeney.

Uranium prices remain deeply depressed and recent times have seen the major WA uranium hopeful Cameco write down the full book value of its Kintyre uranium project in the Pilbara.

“Vimy Resources are trying to clear all the hurdles before this weekend’s state election but they have fallen short,” Ms Pepper said.

“This project and the wider WA uranium sector will be actively contested.”