No Nuclear Power for Australia

Submissions to the Standing Committee on Environment and Energy Inquiry into Nuclear Energy in Australia closed on September 16th 2019 with wide community opposition to nuclear power. 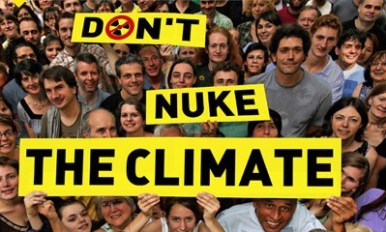 The Conservation Council of WA joined a broad coalition of faith, union, environmental, Aboriginal and public health groups, representing millions of Australians, to send a clear message to federal politicians that our energy future is renewable, not radioactive.

The groups have released a shared statement in response to the federal parliamentary inquiry into prospects for nuclear power in Australia.

The national groups strongly maintain nuclear power has no role in Australia’s energy future and is a dangerous distraction from real progress on our pressing energy and climate challenges and opportunities facing Australia.

The statement calls for the Federal Parliament to embrace renewable energy as the cleanest, quickest, cheapest and most credible way to power Australian homes and workplaces and repower regional communities and the national economy.

Our nation has extensive renewable energy options and resources and Australians have shown clear support for increased use of renewable and genuinely clean energy sources.

The full statement will be uploaded once it has been accepted as a submission by the federal parliamentary inquiry.

Friends of the Earth Australia

Medical Association for the Prevention of War