Today the Conservation Council of WA (CCWA) will join community members in welcoming the Japanese Peace Boat’s 96th voyage, which is its first voyage to Fremantle. The national tour is calling on the Japanese and Australian Governments to join the new United Nations Treaty on the Prohibition of Nuclear Weapons. 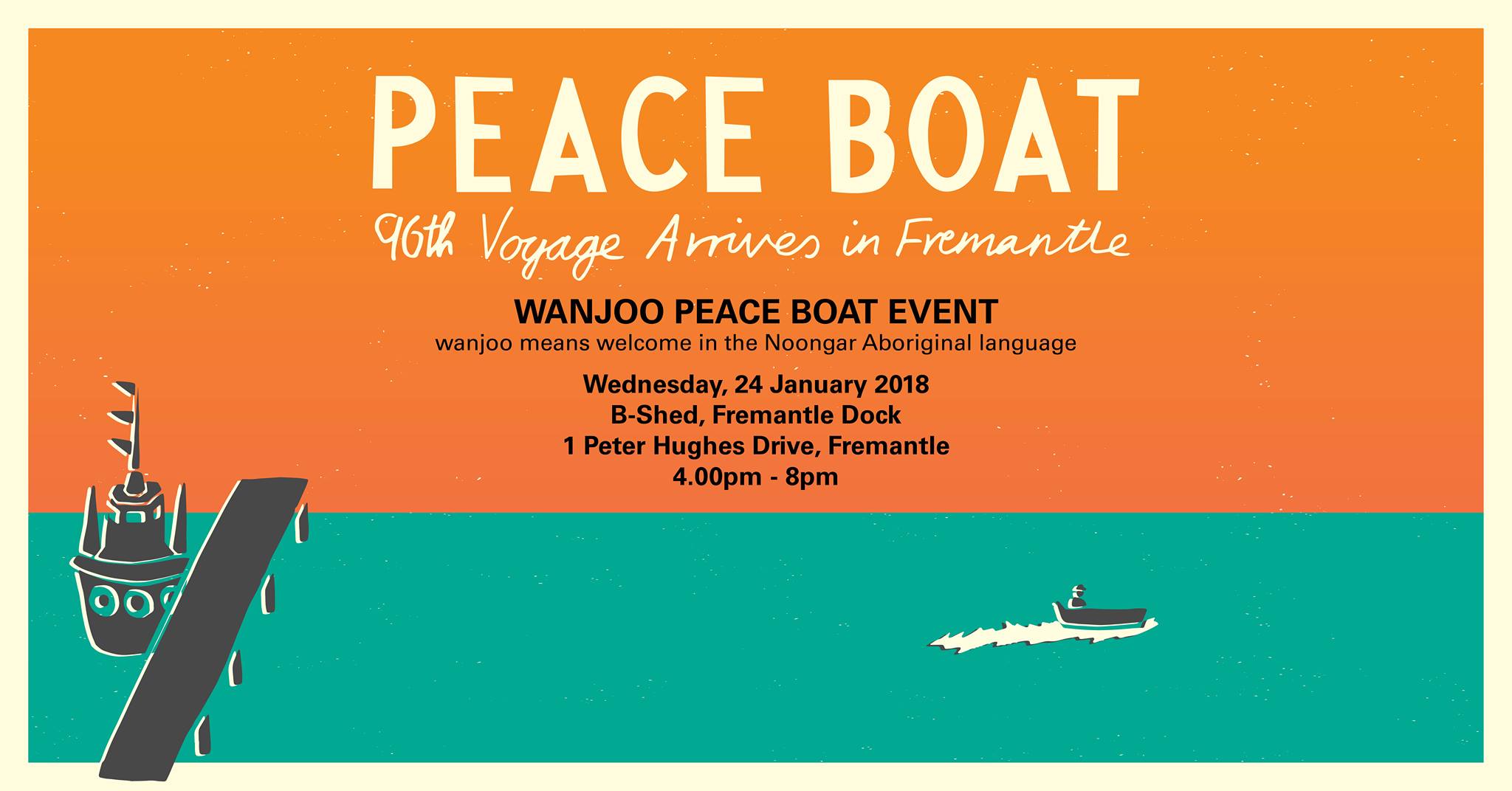 On board the Peace Boat will be up to 1000 passengers, including survivors of the atomic bombings of Hiroshima and Nagasaki (hibakusha), the nuclear disaster at Fukushima, and the British atomic testing in Maralinga, Australia. These survivors will share their stories in the national Making Waves speaking tour from Wed 24 Jan to Tue 6 Feb.

CCWA President Professor Carmen Lawrence said, "The recent belligerent exchanges between the US and North Korea remind us that the threat of nuclear catastrophe is still chillingly real; the very existence of nuclear weapons means there is always a possibility that they will be used, whether as a result of a cold-blooded decision or some foolish miscalculation.

“The visit of the Peace Boat gives us a timely opportunity to add our voices to the humane and rational campaign to eliminate nuclear weapons.

“We call on the Australian Government to join the new United Nations Treaty on the Prohibition of Nuclear Weapons.”

In 2011, the Parliament of Australia received confirmation that Australian uranium directly fuelled the Fukushima nuclear disaster.

CCWA Director Piers Verstegen said, “At this historic event, we will hear firsthand of the damage that Australian uranium can do to the environment and communities - both here in Australia and overseas.

“We have the chance to learn from Fukushima, and ensure the same mistakes never happen again. The only way we can sure that Western Australian uranium does not end up in nuclear weapons or radioactive waste is to keep it in the ground, and that is our responsibility.”

CCWA stands with all communities and Traditional Owners affected by the nuclear industry including historic nuclear weapons testing, uranium mining and exploration, proposed radioactive waste dumping, proposals for nuclear power generation, or any other expansion or continuation of the nuclear industry in WA.

Members of the public and media are invited to attend the Wanjoo (Welcome) Peace Boat today from 4pm to 8pm at B Shed in Fremantle Port.

Members of the public and media are also invited to attend the Fremantle Making Waves forum on Thu 25 Jan from 12pm to 2pm in Foley Hall at Notre Dame University.