What does the 2016/17 WA budget mean for our environment?

Budgets are very revealing documents as they show exactly where government expenditure is being allocated. Decisions to spend or cut funding flow from the Government's policy priorities and provide an insight into the decisions that are being made across all portfolios. 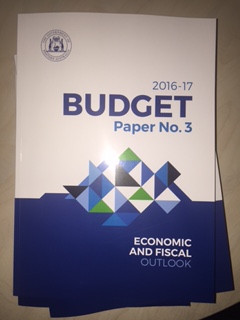 What has been funded?

The new terrestrial and marine protected areas that the State Government is delivering in the Kimberley have received budget allocations for establishment and management under the Kimberley Science and Conservation Strategy. These funds will be used to support Joint Management of the parks with Traditional Owners in the Kimberley, including WA's first jointly managed Marine Parks. The Management Plans for the new Kimberley Marine Parks have not yet been finalised and conservation groups are urging stronger protection, increased sanctuary zones and the banning of gillnet fishing in the parks, but it is a positive sign that funding commitments have been made for the management of these large new protected areas.

$6.7m over five years has been provided for the new WA Biodiversity Science Institute. This is a joint initiative between several universities and government agencies aimed at improving the planning and coordination of biodiversity science and research in Western Australia. CCWA worked with the Chamber of Minerals and Energy to develop the proposal for this initiative several years ago and it is pleasing to see it come to fruition, however it will be important that the research agenda for the Institute does not become dominated by industry. With no community representation on the Board of the new Institute there is a real risk that this may occur.

Royalties for Regions to subsidise mining and fracking on farmland

$10M per year will be made available to subsidise mining and petroleum industries (including gas fracking and uranium mining) to expand. This funding will be provided from the WA Nationals Royalties for Regions Program. While Some National’s MP’s call for veto rights for farmers who do not want fracking in their land, $30 million from Royalties for Regions - the National’s signature funding program - will be made available to subsidise the very industries that farmers wish to veto.

Funding of over $450m is provided in the budget over three years for construction of the Roe8 highway extension through the Beeliar Wetlands as the first stage of the overall Perth Freight Link project. According to the budget the estimated total cost of this project to WA taxpayers will be nearly $1.8 billion. This is a massive waste of taxpayers funds on an extremely controversial and environmentally destructive project. The approval has been overturned in the WA Supreme Court, A Senate Inquiry has advised against the project and a strong coalition of local community, councils and environment groups remain strongly opposed to this development.

What has not been funded?

The following examples identify areas of funding that have either been reduced or not provided at all, which we consider important for the environment.

Government says the new Biodiversity Conservation Bill will introduce a new regime of better protection for the environment, no funds have been allocated in the budget to support increased protection of wildlife once the new laws come into effect. Conservation groups have identified a number of serious flaws with the Governments proposed Biodiversity Conservation Bill and the lack of funding for its implementation is another serious concern to add to that list. To be effective, any new biodiversity protection laws will require a major increase in resources committed to biodiversity science, planning and protection, however no new funding commitments have been made in the State budget.

There is no dedicated funding identified in the State Budget for climate change adaptation or mitigation. This is alarming given that WA (including our economy, communities, environment and agricultural sector) is highly vulnerable to the impacts of a drying and changing climate. Under the Barnett Government, carbon pollution from fossil fuel industries such as LNG processing have been allowed to increase unchecked and the budget papers confirm there is no commitment from the Government to deal with, or even acknowledge the impacts of a rapidly changing climate.

No funding for Collie coal transition

State Treasurer and Energy Minister Mike Nahan has acknowledged the need to shut down excess electricity generating capacity in WA, starting with coal fired power stations. Thousands of households are installing to solar panels to reduce their energy bills and this is in turn reducing our reliance on old, polluting coal fired power stations. A just and orderly transition of the electricity grid does however require funding assistance, most urgently in the form of a transition plan for the town of Collie. Unfortunately this is not funded in the State Budget despite the establishment of a Collie Transition Taskforce to advise government on important initiatives to support the transition.

The important environmental policy functions in the Department of Environmental Regulation will suffer a 30% reduction in funding (from $10M to $7M) in this budget. These policy functions are critical to the task of keeping our air and water clean, maintaining our health, and preventing pollution of our natural environment. With new polluting industries such as gas fracking being promoted across that state, our environmental regulators should have increased funding to do their job, not less.