The Conservation Council of WA (CCWA) and members of the Tjiwarl Native Title group have announced the filing of an appeal against the Supreme Court’s recent decision which upheld the environmental approval for the Yeelirrie uranium mine proposal. 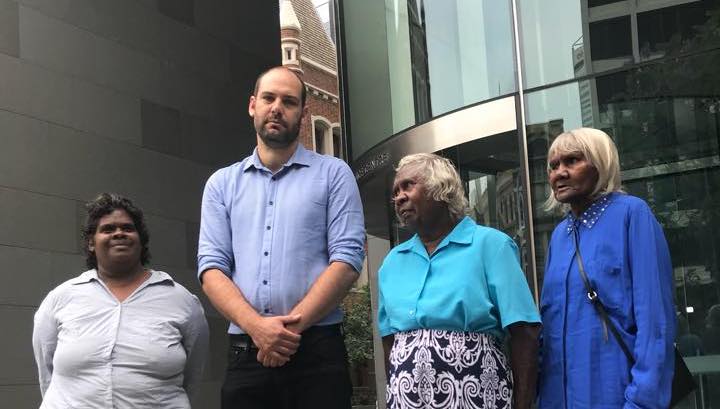 The Supreme Court challenge brought by CCWA and Native Title holders sought to overturn the environmental approval for the mine issued in the final days of the Barnett Government, against the advice of the WA Environmental Protection Authority (EPA) and the Minister’s own appeal decision. If it goes ahead, the project will cause the extinction of multiple species unique to the Yeelirrie area.

CCWA Director Piers Verstegen said allowing the Supreme Court’s interpretation of the law to go unchallenged would be bad for the environment and bad for democracy.

“The decision to appeal this judgement highlights our commitment to preventing extinction and upholding what we believe are fundamental principles of environmental law.

“If this decision is allowed to stand then the Environment Minister could sign off on the extinction of multiple species with the stroke of a pen, despite what the EPA and appeals processes say.

“According to the Supreme Court ruling, we can have a detailed, thorough, publicly funded environmental assessment process, with all the key information examined in the public domain, followed by a rigorous appeals process, and then the Minister can totally disregard that whole process and make a different decision based on different information that is not available to the public.

“This treats the EPA and its environmental assessment as something to be casually dismissed. Western Australians expect and deserve better government than that.

“CCWA and community groups fought for WA’s environmental protection laws and the EPA. Now, it is again up to community to defend the integrity of those laws and processes in the courts. This is essential to uphold due process in environmental decisions, and to restore confidence in the EPA.

“The WA Environmental Protection Act was never intended to be used to sanction the extinction of wildlife, and it is our responsibility to do everything we can to ensure that it is not used in this way.

“The Yeelirrie approval knowingly allows extinction of multiple species and this should never be contemplated. We must stand up for all creatures, great and small.

“Allowing the extinction of any creature could open the door for other species to be treated in the same way. Numbats, cockatoos and other wildlife could be next, so we can’t allow it to start here.”

Vicky Abdullah, Tjiwarl Native Title holder, said, “We have fought long and hard to protect Yeelirrie and to stop the uranium project, so we will not stop now.

“This appeal shows that we will continue to fight for our country and our people, and hope that the Court of Appeal will see that the decision to approve the Yeelirrie uranium project was wrong”.