Unfinished business: as the Beeliar Wetlands regrow we must also rebuild the policies and laws that were trashed by the Barnett Government

Part two of a two-part reflection on the environmental campaign that shaped a state, by Piers Verstegen, Director of the Conservation Council of Western Australia. 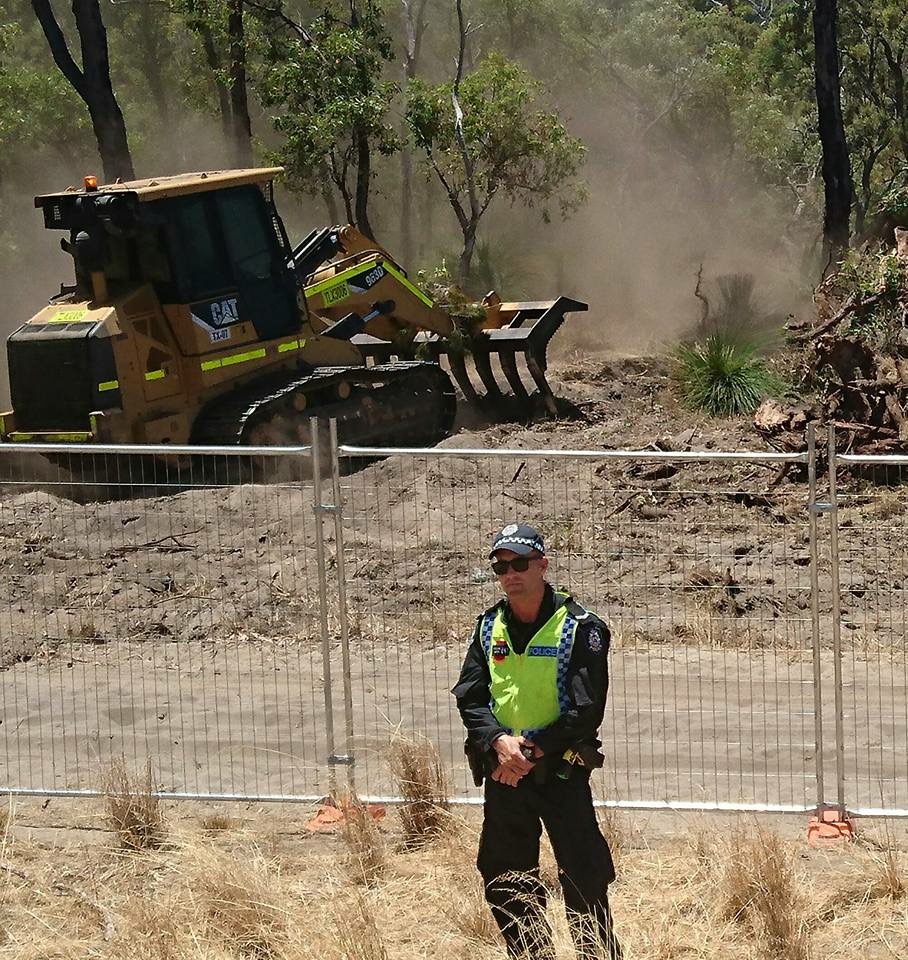 In the last desperate and dying days of the Barnett Government, Western Australians witnessed shocking crimes against the environment and community.

Day after day the bulldozers tore through the tuarts, banksias, balgas, and paperbarks that form the unique and ancient ecology of Coolbellup and Beeliar Boodja. Day after day bandicoots, birds, reptiles, and other wildlife were killed or injured as locals and animal welfare experts helplessly looked on. Day after day we mourned as Aboriginal sacred places more ancient than the pyramids were destroyed - our own State Government behaving like teenage vandals throwing rocks through the stained-glass windows of a cathedral.

The path of destruction will now be restored into a community wildlife corridor - a place of learning and connection to culture, and a recreational, ecological, and tourism asset. But it was not just the Beeliar Wetlands that were trashed by the Barnett Government. In fact, the direct physical damage may be minor compared to the damage that was done to our environmental laws and agencies, and our trust in government.

For so many reasons, Roe 8 became one of the worst failures of government and law in the history of our State. We cannot simply let it slip into the history books.

From the very beginning of the planning process, to the felling of the last tree in the Beeliar Wetlands, almost every element of the project revealed serious flaws in the policies, laws, and agencies that are supposed to protect our environment, health, and heritage. As the wetlands are restored, we must also ensure these laws and policies are rebuilt and strengthened to provide the protection that our environment and communities need, and to ensure that what happened with Roe 8 can never happen again.

Thanks to Roe 8, the inadequacy of environment and heritage laws in WA is no longer an abstract concept discussed only within an echo chamber of environmentalists and academics. It is something that literally thousands of people understand deeply and personally after witnessing important protections being subverted and ignored. Safeguards that we took for granted were treated as mere inconveniences by a government determined to press ahead with its agenda - no matter what the environmental cost. 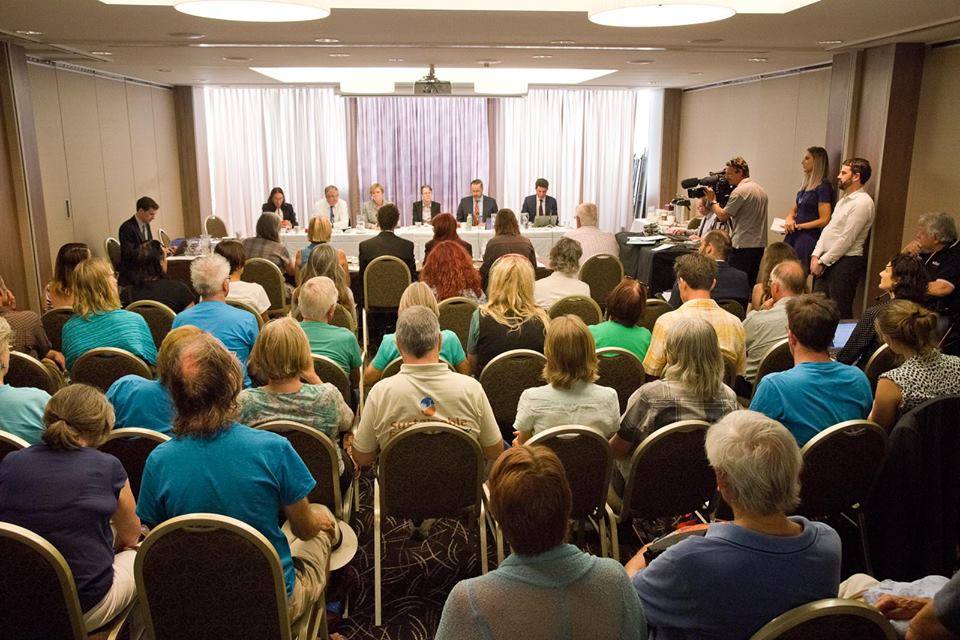 A Senate Inquiry uncovered serious breaches of environmental conditions during the course of the project, but this barely touched the surface. After refusing to give evidence to the inquiry, the EPA’s latest response suggests that the environmental conditions on the project were in fact legally unenforceable – perhaps deliberately written this way. Rather than being compelled to actually follow the conditions, the proponent was simply required to submit reports saying the conditions had been followed. As long as these reports were provided, the Office of the EPA had no power to intervene - even when hundreds of community reports, and countless pages of painstakingly collected written and photographic evidence showed a blatant disregard for those conditions.

Roe 8 has also revealed that even if the EPA had recommended stronger conditions, under the current laws only the Environment Minister can compel a proponent to cease work. In the history of the EPA such action has never been taken. For a Minister to shut down a private sector operation would cause a major political headache. For a politically charged government-led project like Roe 8, the chances a Minister would ever intervene are virtually zero - no matter how serious the breaches. To do so would be to admit serious incompetence in the management of the project by the government. This is precisely why other regulatory agencies and the police force operate under a separation of powers, which takes such enforcement decisions out of the political arena. The same separation must be established for the enforcement of environmental conditions.

Perhaps the most significant and controversial condition on the Roe 8 project was the requirement to establish an environmental ‘offset’, for the damage done to the Beeliar Wetlands. 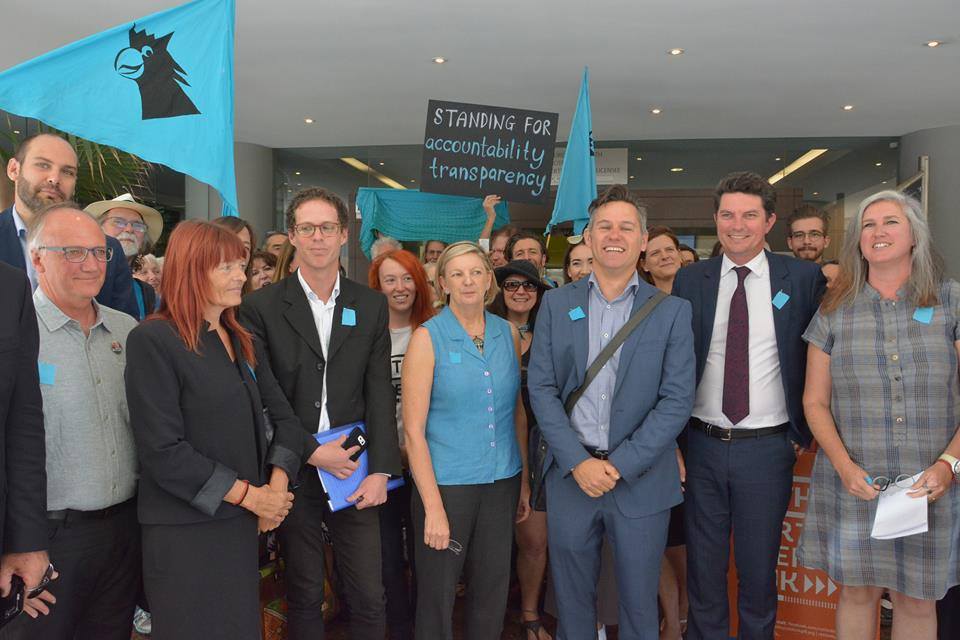 The EPA’s policy on environmental offsets has two critical elements: firstly, offsets are only to be used as a last resort after all other attempts to minimise environmental damage have been exhausted; and secondly, offsets cannot be used where ‘critical environmental assets’ (such as the endangered ecosystems of the Beeliar Wetlands) are at risk. During the assessment of Roe 8, the Barnett Government’s EPA (which was also revealed by the Government to have conflicts of interest at the board level) ignored both important principles in order to provide approval for the Roe 8 project.

Initially, the court struck down the approval for Roe 8 due to this failure to follow due process. This triggered a panicked review to determine which other policies the EPA had not been following in their assessments. After further issues were identified, rather than lifting their game to comply with their own policies, the agency - no doubt acting under political pressure - instead chose to scrap or significantly water down those policies, including in a wide range of areas unrelated to Roe 8.

These policies were there for a reason. They protect our health. They protect the water we drink and the air we breathe. They protect an ancient and fragile ecology that exists nowhere else on the planet. The trashing of these policies is an appalling legacy of the Roe 8 project which must be corrected urgently.

The treatment of Aboriginal Heritage at the Roe 8 site is a similar story. The Barnett Government re-interpreted the relevant legislation in order to strike Aboriginal Heritage sites in the path of Roe 8 off the register, without consultation with Traditional Owners of the area. Instead, a single shallow hole was dug by Government anthropologists to satisfy that there was no heritage value on the entire site, despite past detailed studies and Traditional Owners themselves revealing significant sites and artefacts dating back to before the pyramids. 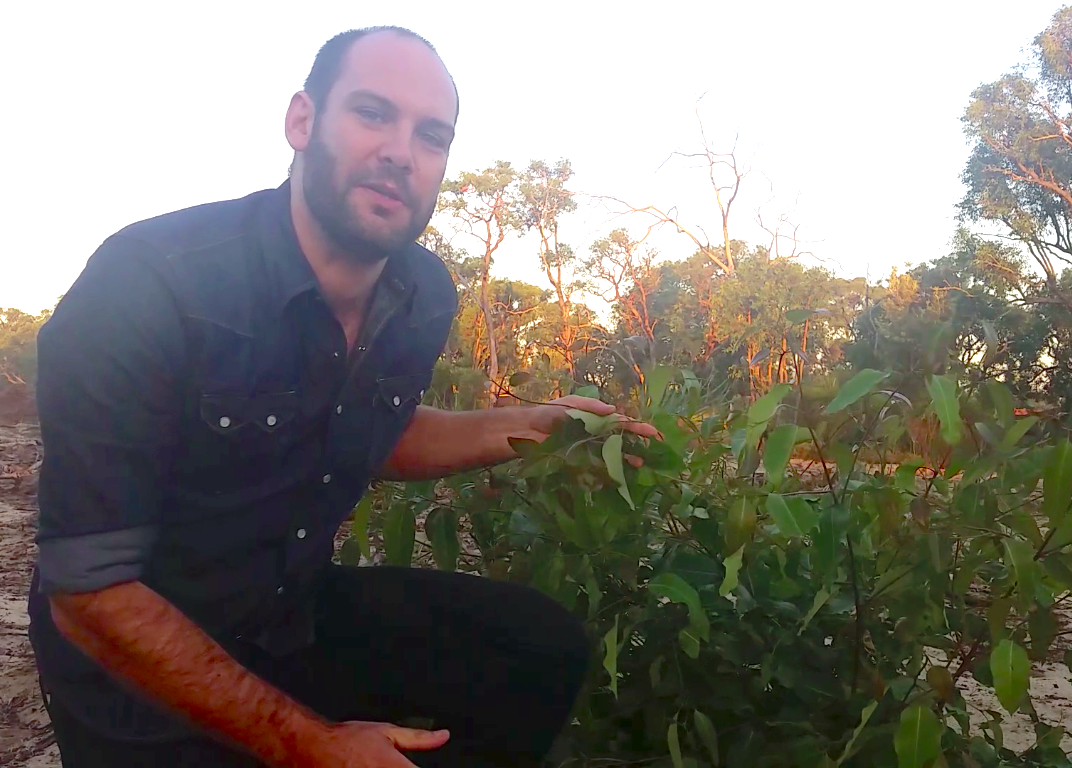 The financial decision-making for Roe 8 is another area where astonishing failures of process must be investigated. Contracts were awarded for the State’s most expensive piece of road with no business case and no public transparency. Reportedly, half a million dollars in political donations was received by the Liberal Party from the head contractor – an investment which clearly yielded a favourable return, despite multiple accusations against the contractors for corruption and misconduct on other projects.

It has even been revealed that Government agencies advised the Barnett Government against clearing the Beeliar Wetlands, due to the high cost of this option should the polls be correct about a change of government. The decision to ignore this advice not only cost huge environmental damage but tens of millions of dollars of unnecessary cost to taxpayers.

These are just some examples of the legacy of trashed policies and safeguards that the Roe 8 project has left in its wake. An inquiry with the powers of a Royal Commission must be established by the McGowan Government to reveal the full scale of the damage, and to recommend how to prevent it from ever occurring again. This is not only critical for our environment and our communities, but it is essential to restore the faith of Western Australians in our State Government and its agencies.