A new partnership between UWA and Western Australia’s biggest polluters to assist the development of extreme and remote fossil fuels reserves has drawn strong criticism from conservation groups who have labelled the project deeply irresponsible and damaging to global efforts on climate change. 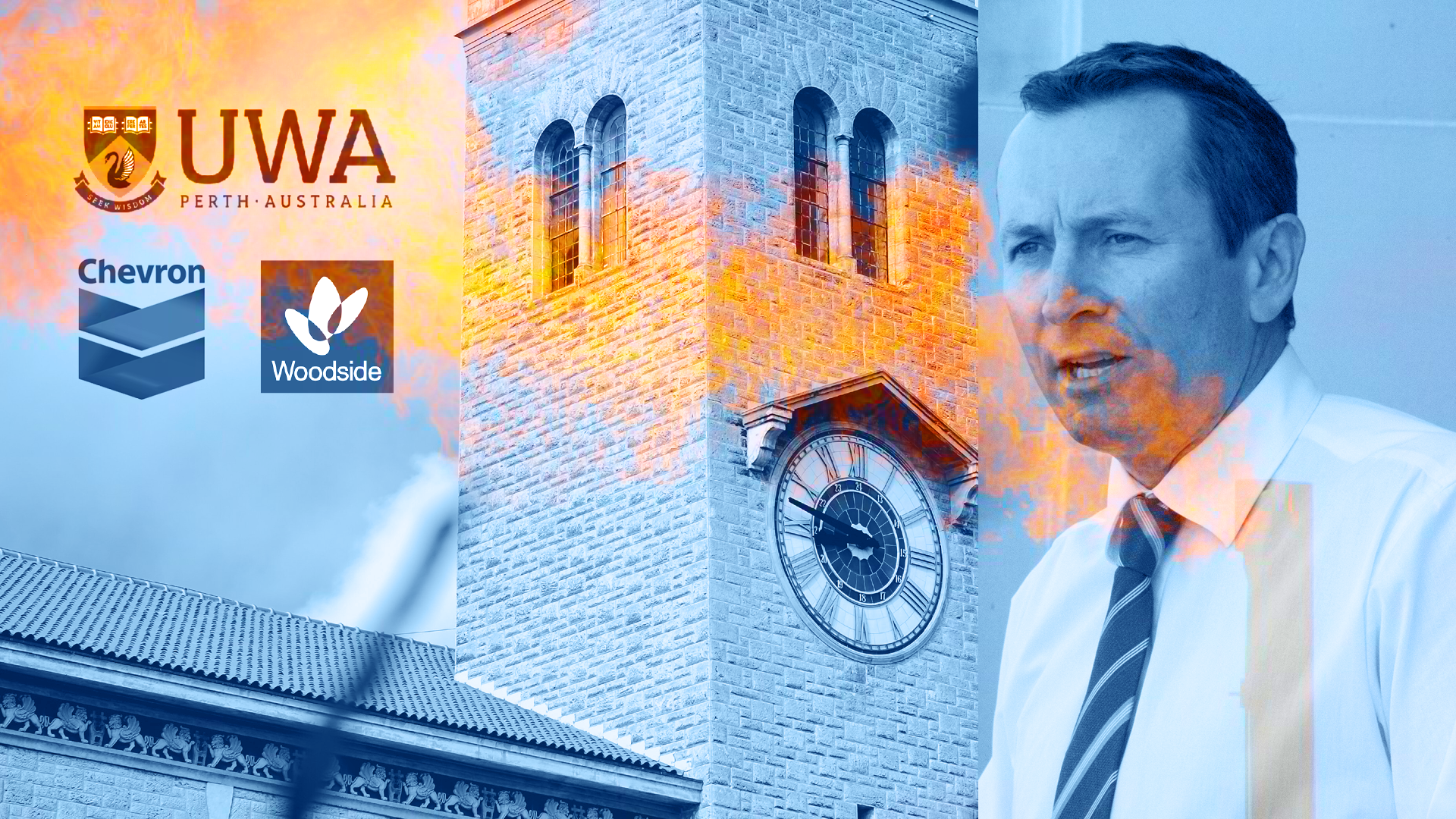 The Centre for Long Subsea Tiebacks is a new partnership between UWA, Woodside and Chevron supported by the WA Government, and is aimed at supporting extreme and remote oil and gas developments that have previously been out of reach with existing technology.

The initiative was announced by Premier McGowan the same week that a significant new report was released by the United National Environment Program (UNEP) showing that existing fuel production is on track for double the safe climate limit.

“Globally, we are fighting to keep carbon in the ground and transition to clean energy as quickly as possible. The very last thing we need is new technology to extract even more unburnable carbon.

“The technology this program aims to develop will not only breach our own carbon emissions goals here in Australia but will aid the development of extreme and remote fossil fuel deposits globally, ensuring that global temperatures are pushed far beyond safe levels.”

The UN Environment Program report finds that governments and fossil fuel companies are currently planning to produce about 120% more fossil fuels by 2030 than would be consistent with limiting warming to 1.5°. The report notes that oil and gas are on track to exceed global and local carbon budgets as expanding fossil fuel infrastructure “locks in” future emissions.

“The McGowan Government has made a commitment to net zero emissions by 2050 and Australia is a signatory to the Paris Agreement, yet this UWA partnership will aid fossil fuel developments that are fundamentally inconsistent with such commitments," said Mr Verstegen.

“As we have shown with the Runaway Train report, LNG is already WA’s largest source of pollution and is driving Australia’s pollution up in breach of international commitments. Government funding for research and technology to enable further oil and gas expansion into fields previously considered unviable is astounding and deeply irresponsible.

“While countries like Ireland and New Zealand have placed a moratorium on further oil and gas developments, the WA Government and UWA are actively undermining global efforts by accelerating fossil fuel developments with this partnership.

“The International Energy Agency (IEA), the International Panel on Climate Change (IPCC) and now the UNEP have made it clear that developing existing fossil fuel deposits will cause dangerous climate change, yet this partnership aims to unlock even more of these pollution sources.

“Extreme and remote oil and gas deposits such as Browse Basin are almost certain to become stranded assets and liabilities. It is very likely that this project will also become a stranded asset and a liability for the McGowan Government and UWA.

“Western Australia has globally significant and prime renewable energy resources which could see our state positioned as part of the solution to climate change while bringing a new wave of jobs and investment to our state. Instead, this project doubles down on the fossil fuel industries that are at the heart of the global climate problem.

“We call on UWA and the McGowan Government to urgently re-think their support for this project, and instead focus the investment and research on renewable energy technologies that would enable WA to remain economically competitive in the future while being part of the solution on climate change."