In case you didn’t see the article below are the details that effectively and continually instill the risk and denial associated with the proposed Mulga Rock uranium project. 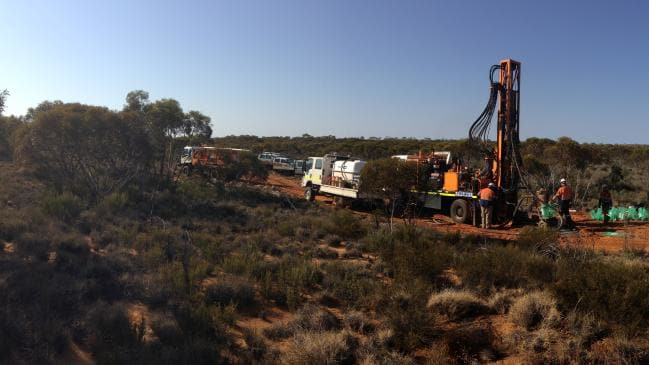 Progressive think tank The Australia Institute and the Conservation Council of Western Australia are embroiled in a complaint to the corporate regulator over a study challenging the financial viability of Vimy Resources’ Mulga Rock uranium project near Kalgoorlie.

The report, authored by Cameron K. Murray, was commissioned by the CCWA — a registered charity — and warned that the “project risk is profound”.

The study argued that financiers “are likely to be, or at least should be, hesitant to back this high-risk project”.
Vimy argues The Australia Institute’s report — “Mulga Rock uranium project, uneconomic and unlikely” — was distributed at its annual meeting on November 30 last year by an anti-nuclear group along with a handout describing the company as “Slimy Resources”.

The report was also promoted on the CCWA website and distributed in a November 28 letter to the major shareholders of Vimy as well as members of the Vimy board.

In a formal complaint lodged in January with the Australian Securities & Investments Commission, Vimy chief executive and managing director Mike Young asked ASIC for an investigation.

He argued the report breached several sections of the Corporations Act preventing bodies from making false and misleading statements, engaging in dishonest conduct, engaging in misleading or deceptive conduct and violating provisions relating to the provision of financial advice.

The report by Dr Murray claimed further approvals and permits were required for the project, including water licences, mining licences and export licences. Dr Murray said there was also the potential need for an Indigenous Land Use Agreement or further approvals under the Aboriginal Heritage Act.

The report said the project’s definitive feasibility study did not account for any specific rehabilitation costs or any financial assurances that the Western Australian government would require.
Vimy yesterday said it already had its mining licences, had obtained “some water licences” as well as licences for the export of uranium samples.

“The main export licences won’t be obtained until we have actual customers with known delivery locations,” it said. The company said there was no need for the ILUA because there were no native title claims over the area.
The Australia Institute defended its report, arguing that “at average prices and exchange rates, Vimy’s project would lose nearly half a billion dollars”.

Institute research director Rod Campbell said: “The Australia Institute stands by our report, including our conclusions that Vimy’s analysis relies on ‘heroic assumptions about prices, unfounded optimism about a booming nuclear industry and a scenario where Vimy has no low-cost competitors’.”