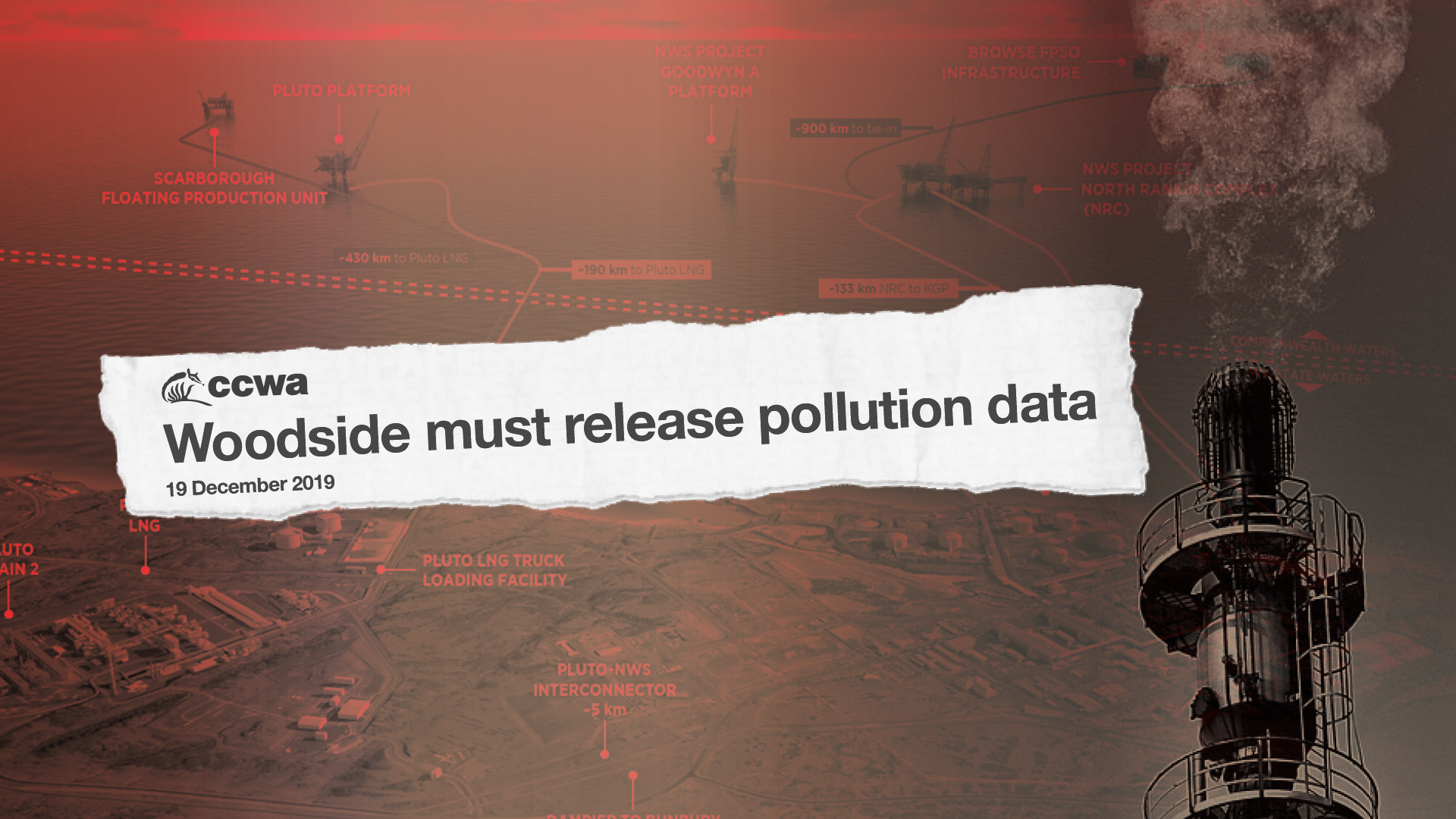 The Conservation Council of Western Australia (CCWA) has called on Woodside to release their data on carbon pollution that would result from the giant Burrup Hub LNG expansion project, including increased gas from the expanded Scarborough gas field announced today by the company.

The announcement of a 52% increase in the size of the Scarborough field comes less than 24 hours after the release of a damning report by the CCWA and Clean State, revealing that pollution from Woodside and other LNG companies in WA is already cancelling out the entire countries efforts to tackle climate change and preventing Australia from meeting its emissions targets.

Woodside has claimed the Clean State report is ‘wrong’ even though the report relied on data supplied to the EPA by the company itself.

CCWA Director Piers Verstegen challenged the company to release their own data for the lifetime carbon pollution from the Burrup Hub mega-project.

“We are publicly challenging Woodside to come clean on the pollution from their existing LNG operations and the Burrup Hub expansion, including the new Scarborough and Browse gas fields.

“Our estimates, based on the data that Woodside has so far submitted to the EPA suggest that the combined elements of the mega-project at full production could result in the release of up to 100 million tonnes of carbon pollution per year, including combustion of the gas it will export.

“This is a staggering amount of pollution which is larger than Western Australia’s annual emissions and several times larger than the proposed Adani coal mine.

“Woodside has separated the giant Burrup Hub project into at least seven pieces for environmental assessment. This has enabled the company to deliberately obscure the overall carbon footprint from this fossil fuel mega-project.

“The company have claimed in documents to the EPA that the new gas fields would not increase annual emissions from their LNG processing facilities, however, this is grossly misleading.

“The huge new gas fields Woodside plans to bring online would extend highly polluting LNG processing for decades into the future, releasing hundreds of millions of tons of additional pollution until at least 2070 – well past the date when the Paris Agreement requires net-zero emissions to be achieved globally.

“If this company is misleading the public and the EPA bout their pollution problem, it is possible they are also misleading their Joint Venture partners including BP and Shell which have made commitments to reduce their emissions.

“We call on Woodside to come clean to the community and their Joint Venture partners about the true extent of the pollution problem they face with these developments," Mr Verstegen said.

The Burrup Hub LNG expansion is currently being assessed by the EPA. Approval for the first element of the project, the Burrup Interconnector pipeline is now imminent following the dismissal of appeals by the CCWA seeking an assessment of carbon pollution from increased gas processing.