A Road To Nowhere: The Play 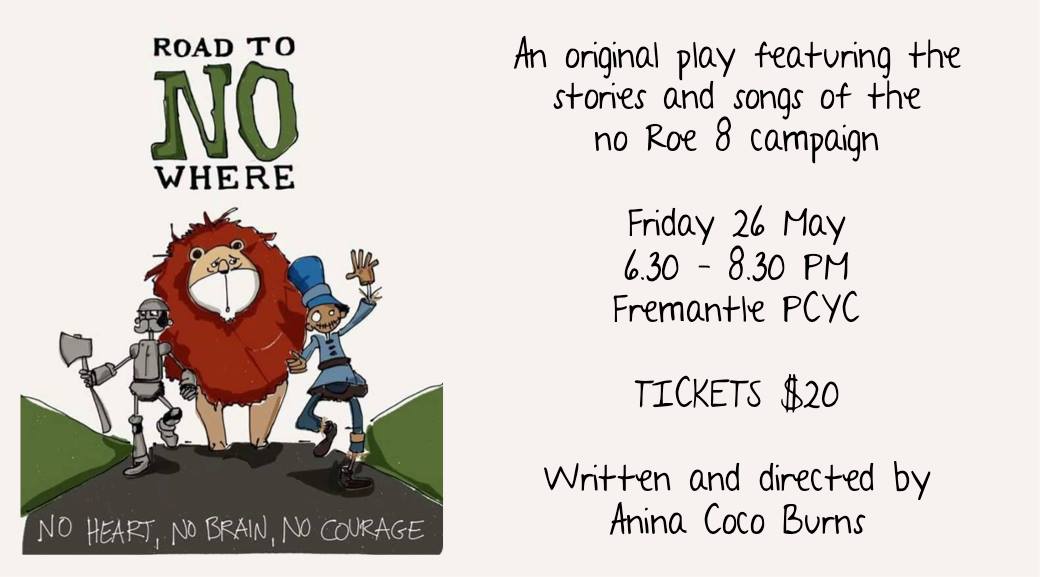 Join us for this one night only performance of 'A Road To Nowhere’, the play inspired by the true story of the campaign that we were all part of. Written and directed by Anina Coco Burns, highlights include Ewan Buckley performing ‘No to Roe’ and ‘Sit Down For Your Rights’, Shona Hunter returning as the scorned Pauline Hanson bride, and Ted Griffin’s debut as the ever out-of-touch Colin Barnett.

The play has two acts with an intermission and refreshments in between.