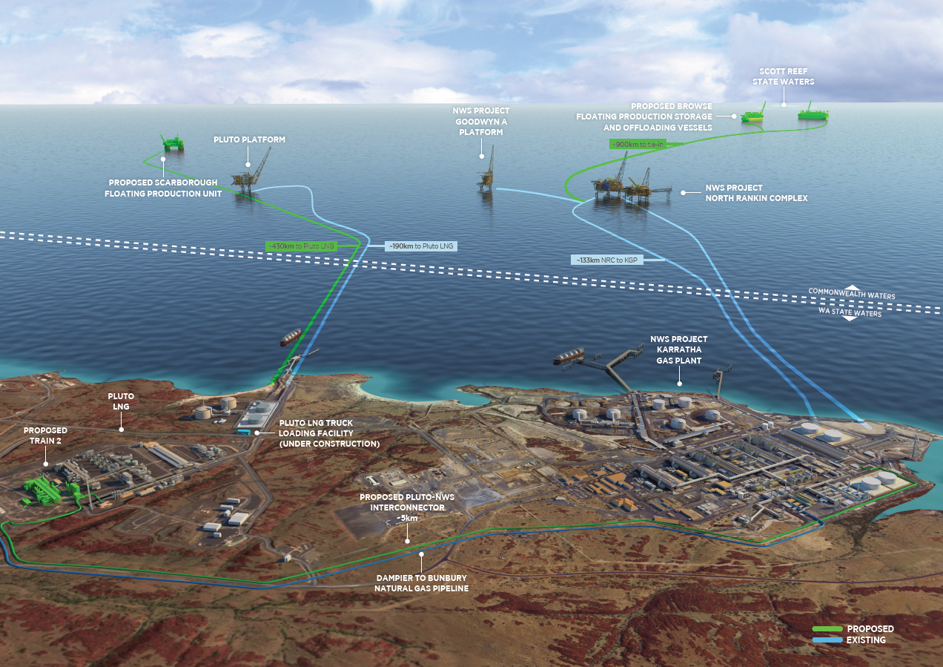 BP’s plan for a 20-fold increase in renewable energy generation capacity and 40% reduction in oil and gas production within ten years must include the company’s withdrawal from the Burrup Hub, which will be the most polluting project in Australia’s history if it goes ahead, the Conservation Council of Western Australia said today.

Conservation Council spokesperson Maggie Wood said BP’s announcement overnight was welcome and reflected a world shifting away from fossil fuels, but more needs to be done.

“Woodside’s proposed Burrup gas hub is a mega-project involving several joint ventures, including with BP. Over its planned 50-year lifetime, the Burrup Hub will produce more than six billion tonnes of carbon pollution from gas production, export and combustion overseas. That is the equivalent of 11 years of total current carbon emissions from Australia.

“Burrup’s annual production of 139 million tonnes of carbon pollution would be more than four times that of the proposed Adani coal mine, and the equivalent of 35 new coal-fired power stations. This project is totally incompatible with BP’s goals to reduce carbon emissions, and their involvement is becoming increasingly untenable,” she said.

“Mr Lund is right – the world is on an ‘unsustainable path’. When he says the planet’s ‘carbon budget is running out’, he must recognise that the Burrup Hub would take a huge bite out of that dwindling budget,” she said.

“Projects in Australia to date have only scratched the surface of renewable energy’s vast job creation and power generation potential in this country. BP has countless clean energy opportunities to explore in Australia, opportunities that would create thousands of jobs.