Last week, Woodside was hit with a record-breaking investor push to act on climate change. 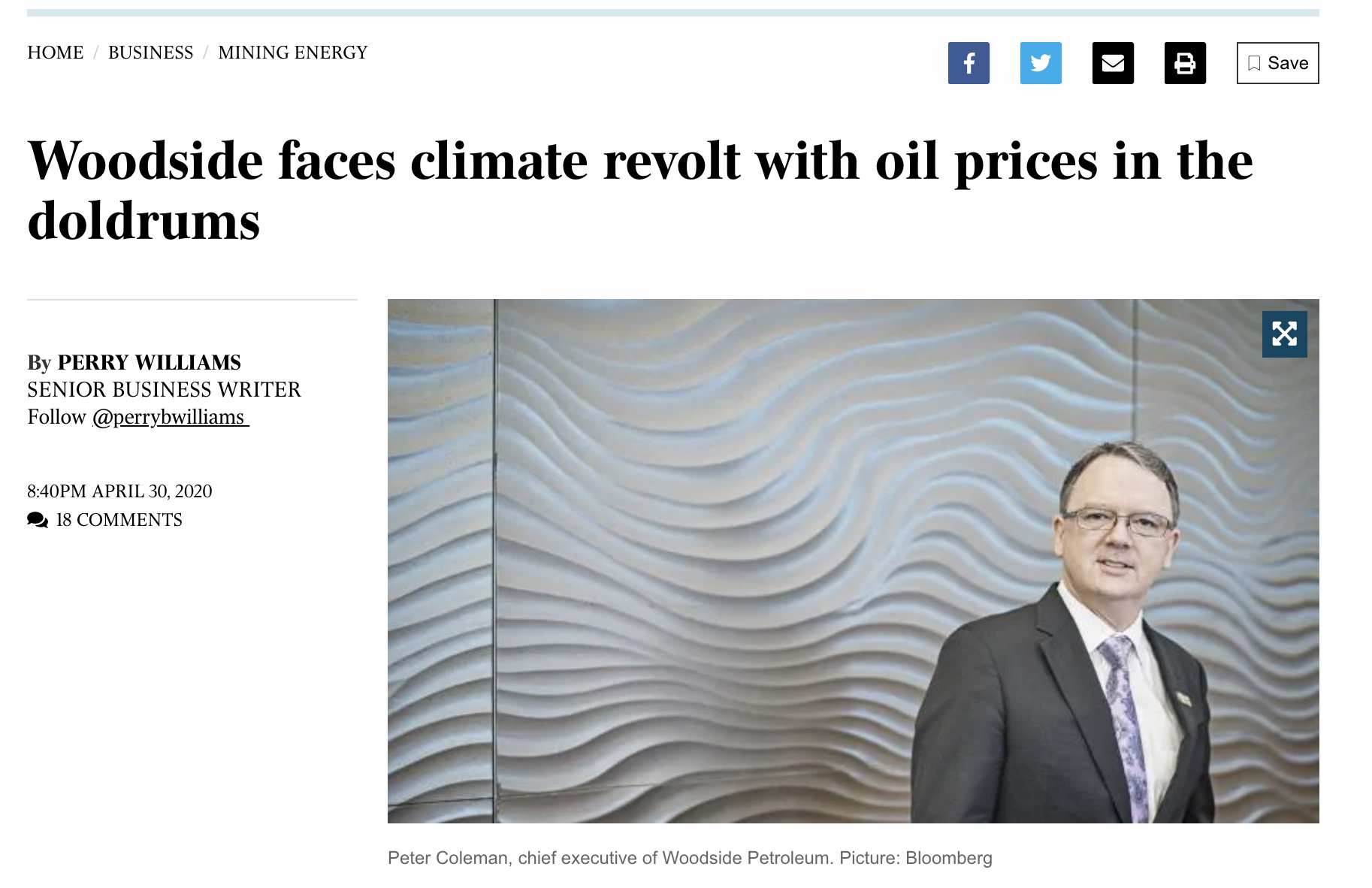 More than 50 per cent of investors backed motions for Woodside to commit to hard targets to reduce its greenhouse gas emissions and its significant indirect emissions (scope 3) from customers of its products all over the world. This resolution won despite a lack of endorsement from the Woodside board.

This support is the highest ever in corporate Australia for a shareholder resolution calling for direct and indirect emissions targets and now puts the board of Woodside directly at odds with the majority of their shareholders.

At the same time, Woodside says they remain committed to their Burrup Hub project. The Burrup Hub would be Australia's most polluting fossil gas project, producing 4x the emissions of the Adani coal mine.

This project does not meet the expectations of Woodside shareholders and the broader community who want us to be decreasing emissions immediately.

We are asking our supporters to email the Woodside Board and let them know that projects like the Burrup Hub are incompatible with a sustainable future for Western Australia.

We want the decision-makers at Woodside to realise that they continue to put their profits and workers in jeopardy when they invest in risky LNG projects rather than turning their attention to the opportunities that exist in the renewables industry.

The transformation is already underway. Woodside can be a part of WA's transition to a renewable energy powerhouse that supports local communities. The CCWA is calling on Woodside to honour their commitment to net-zero emissions now, not later.

Click here to send an email to the Woodside Board