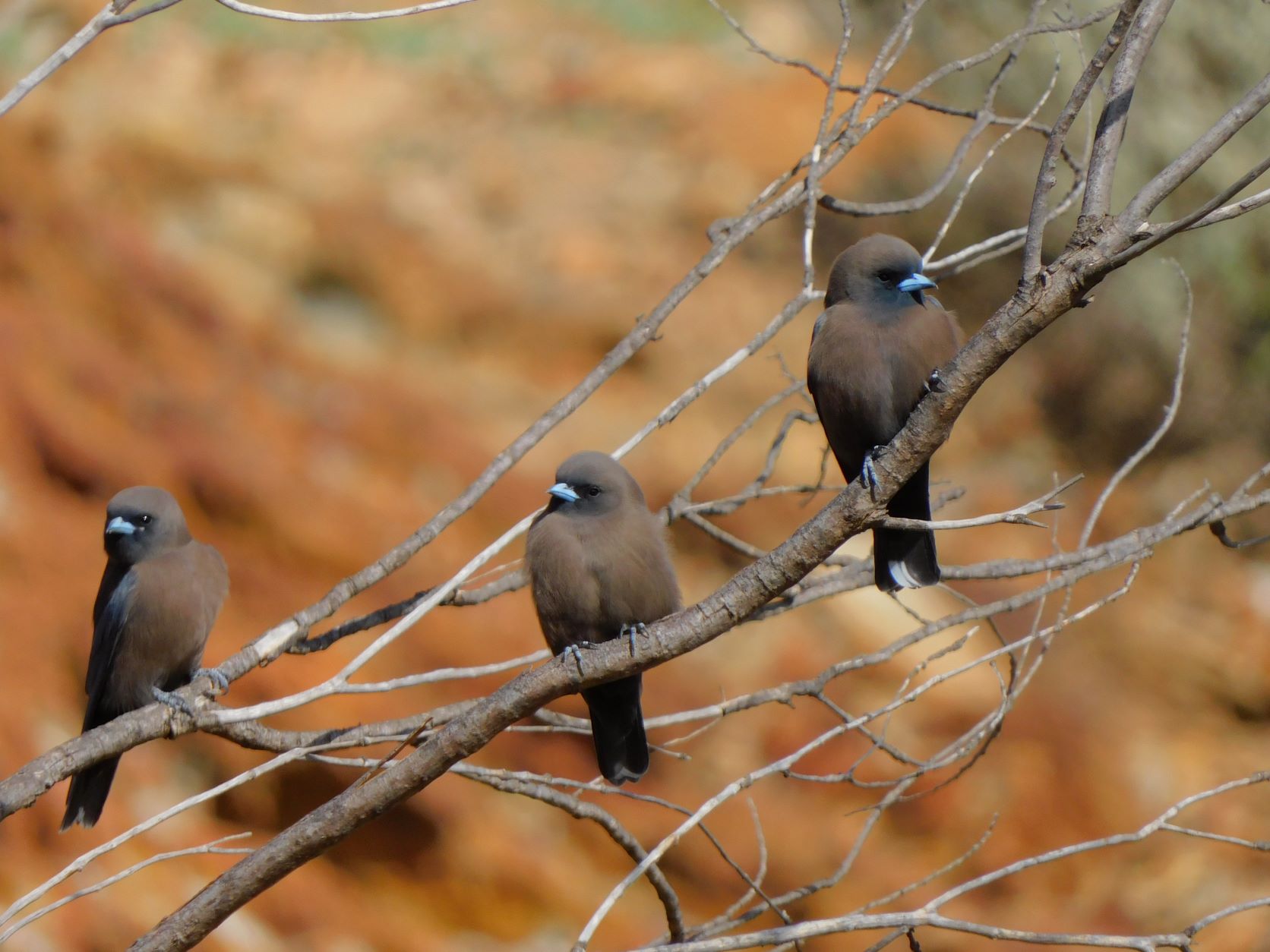 CCWA’s Citizen Science team was back in the field at the end of May - this time surveying the biodiversity values of a property in Bowgada, located in the Shire of Perenjori (Badimia country) and part of the Yarra Yarra catchment in the Mid West region of WA.

CCWA's Citizen Science team has been surveying in the Yarra Yarra Catchment for five years, but this was the first-time surveys have taken place on this particular property, owned by Carbon Neutral. Big thanks to our incredible team of 10 volunteers who joined us for the weekend! 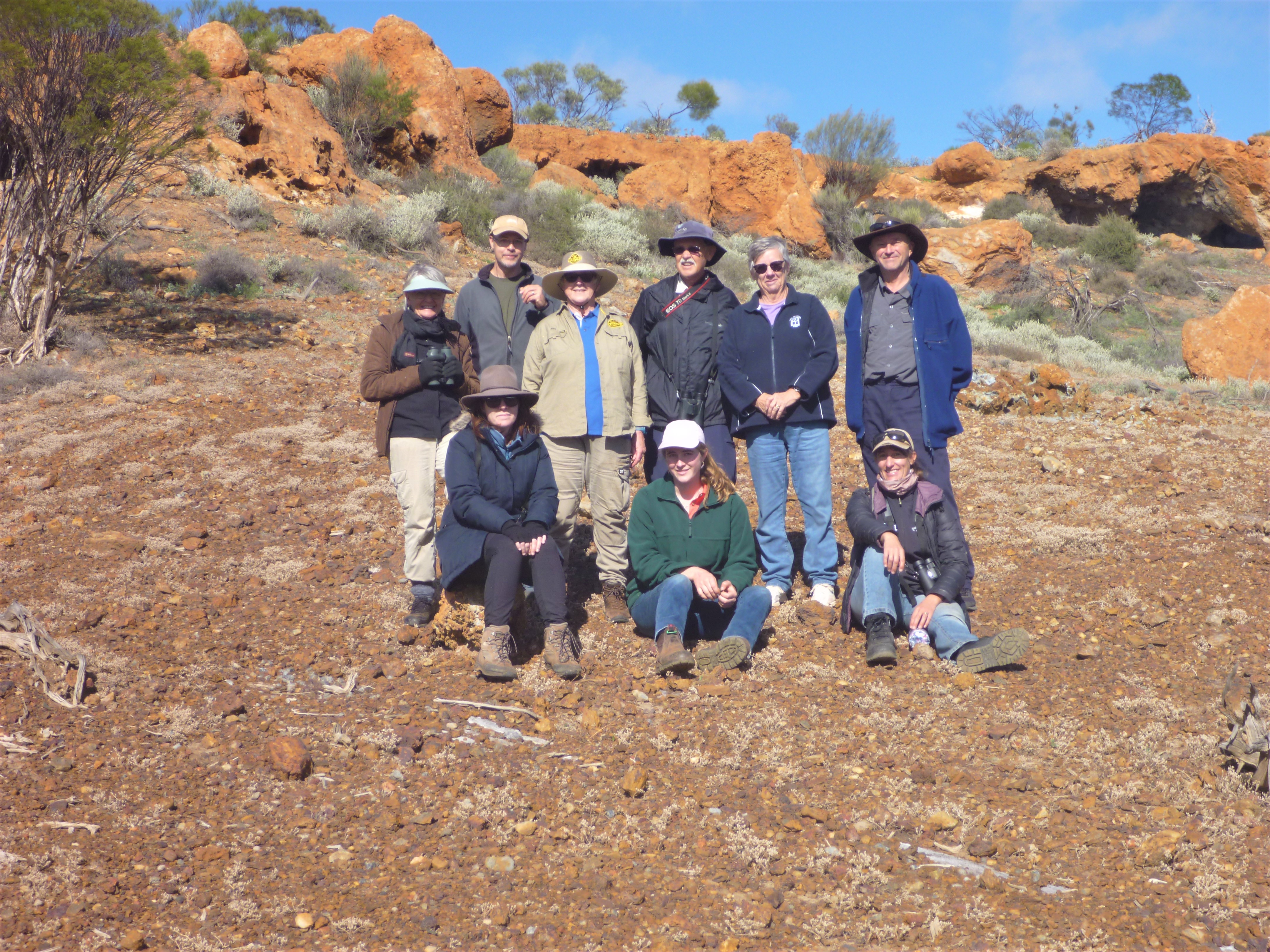 Bowgada is a Badimia word for the native wattle Acacia ramulosa - one of the dominant vegetation types in the area, which proliferates on well-drained sandy soils. York Gum (Eucalyptus loxophleba) is another important vegetation type of the region, which grows predominantly on red sandy loams which retain high soil moisture. Prior to the clearing of these desirable soils for agriculture, the Yarra Yarra region featured large tracts of York Gum Woodland.

In recent years, the Yarra Yarra catchment has become a hotspot for carbon farming with the view of creating a reforestation carbon sink and attempting to restore ecological function within a now degraded and fragmented landscape. In return, landowners can source Australian Carbon Credit Units (ACCUs) registered under the Australian Government’s Emission Reduction Fund. As a medium for revegetation, the soils of York Gum country within the central and eastern Wheatbelt are highly desirable. 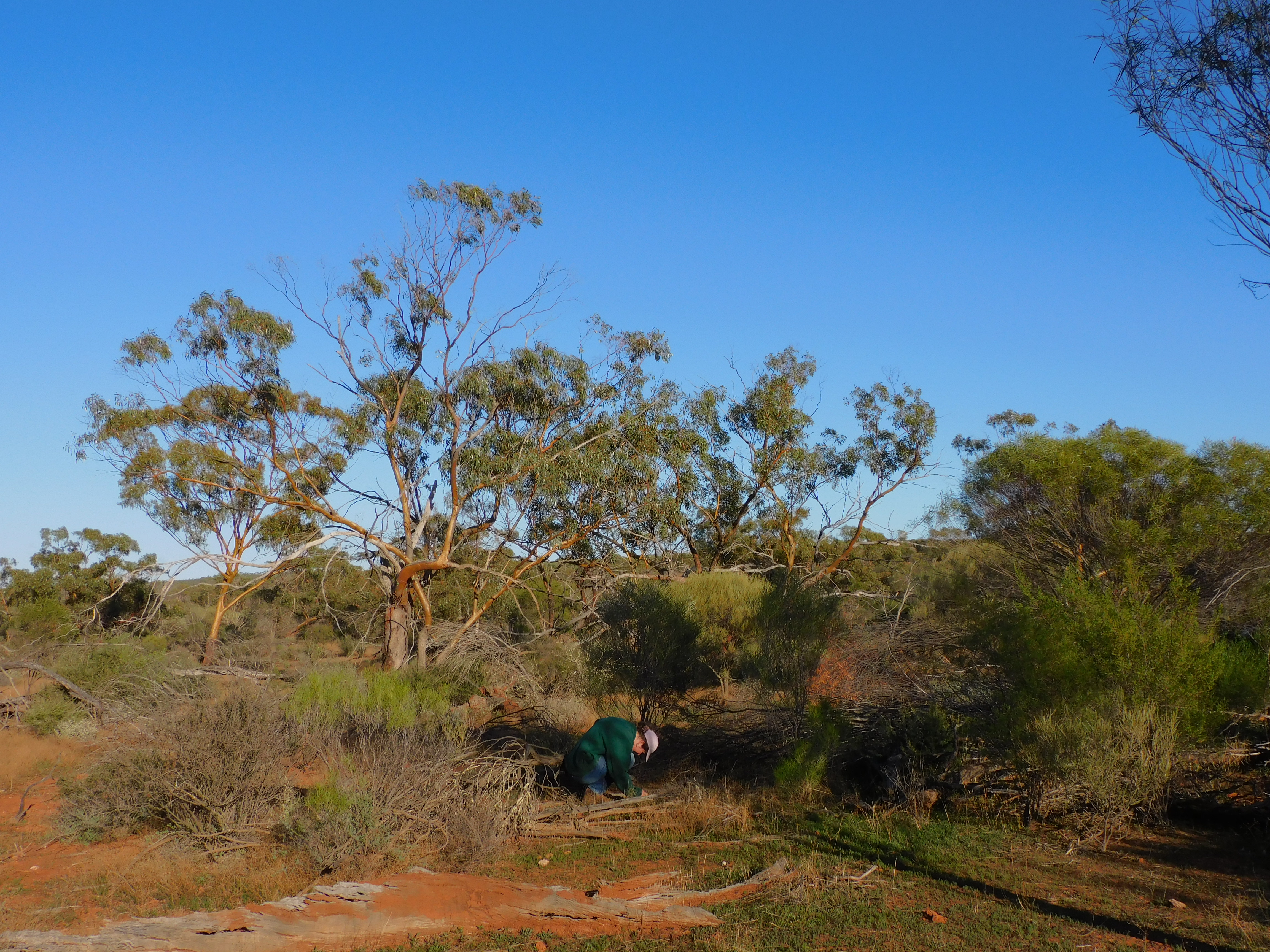 In addition to around 737 hectares of land allocated for carbon afforestation (i.e. planting trees in areas that haven't recently had any tree cover, in order to create a forest), the property boasts more than 1,050 hectares of remnant woodland. Across the weekend, our volunteers split into teams to conduct a number of different activities.

The first major task for Saturday was to explore the property access tracks and determine the best routes to access the remnants. Teams of experienced bird watchers then undertook surveys in the easily accessible Bowgada scrub, with the hope of finding Malleefowl, while others meandered through the adjoining York Gum Woodlands where a great diversity of birds were identified. Pied Butcherbirds, Red-capped Robins, Mulga Parrots, Chestnut-rumped Thornbills, Inland Thornbills, Redthroats and Crested Bellbirds were commonly recorded. However, the bird of the day was the Western Quail-thrush, with two observers having excellent views of three birds. 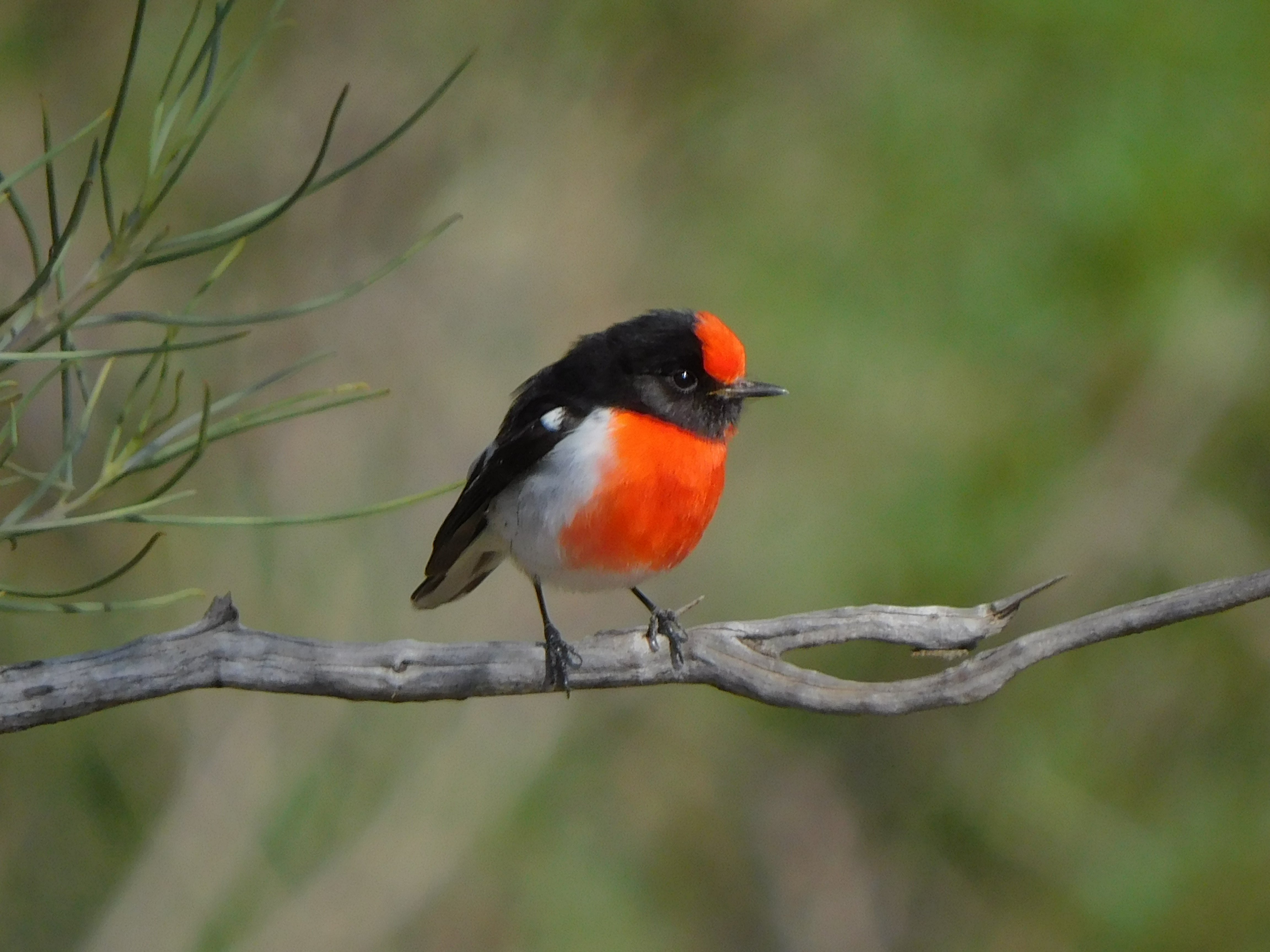 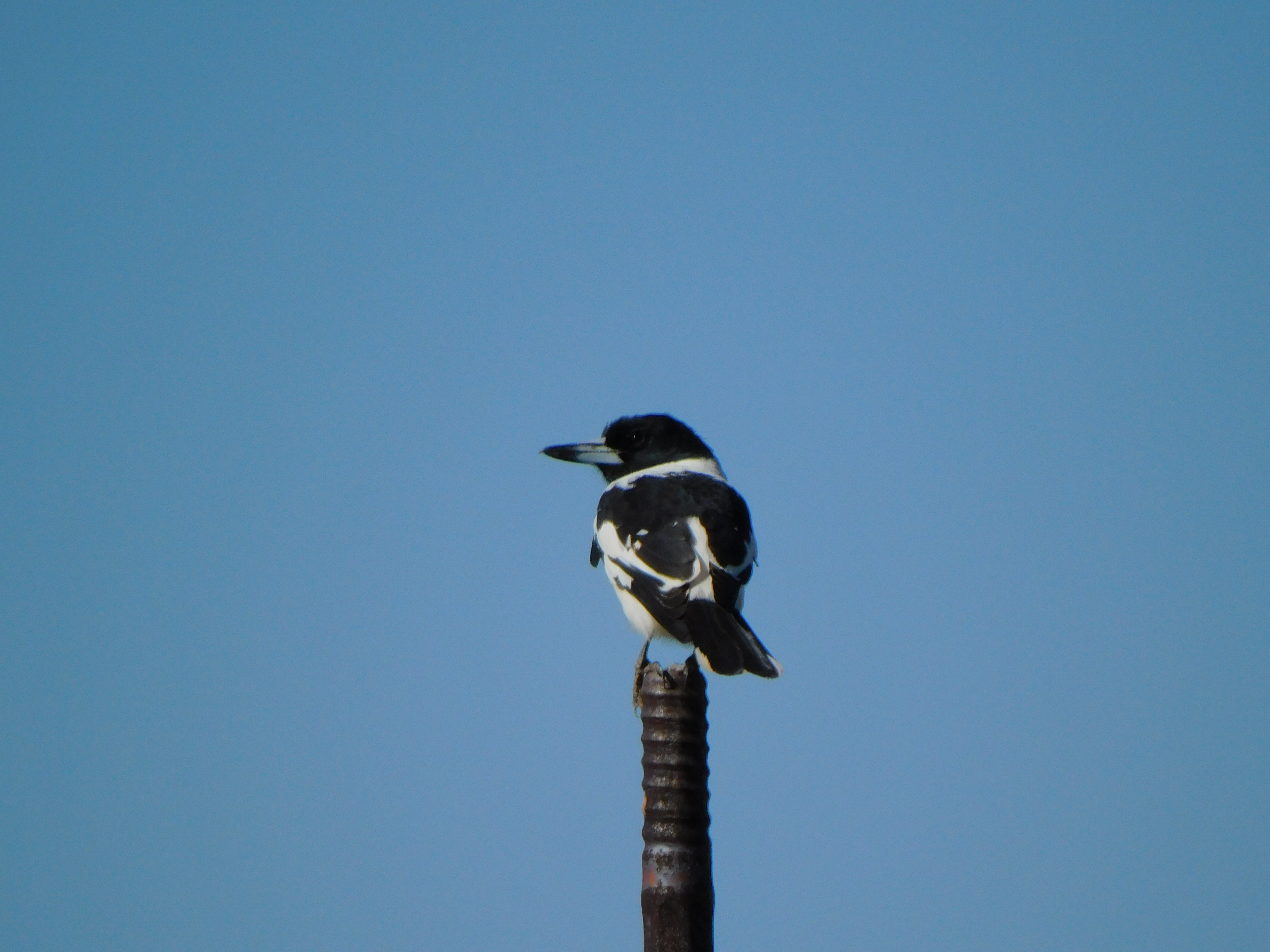 The third team simultaneously explored the former paddocks, now dedicated to carbon afforestation, and the small remnant patches in between, to look at soil types and to gain some understanding of why some planted areas are performing better than others. 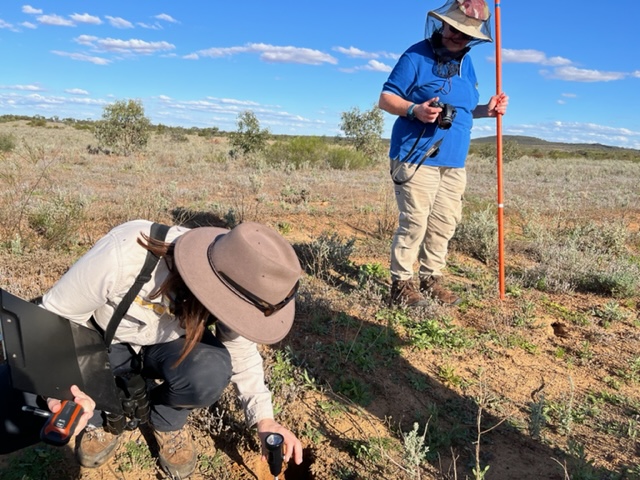 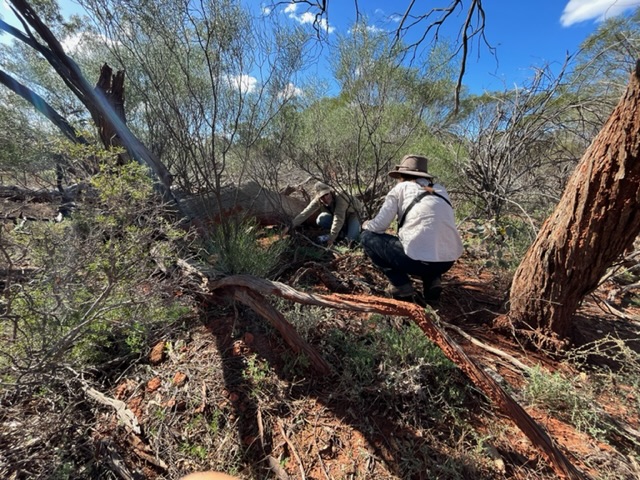 On Sunday, the entire team set out together to further explore some of the remnant bushland discovered the day before and survey the bird fauna. The topography of the area was found to be quite diverse with its breakaways and gravel rises as was the vegetation. Pockets of intact and pristine Gimlet (Eucalyptus salubris) and York Gum Woodland were identified. These woodlands are listed as a nationally threatened ecological community (i.e. WA Wheatbelt Woodland ecological community) under Australian national environment law (the Environment Protection and Biodiversity Conservation Act 1999).

A large breakaway was a great spot to enjoy morning tea and survey birds. Here we added Little Woodswallow, Western Yellow Robin and a small flock of Slaty-backed Thornbills to the trip’s bird list. Bottle-shaped mud nests of Fairy Martins were found beneath an overhang of the breakaway. 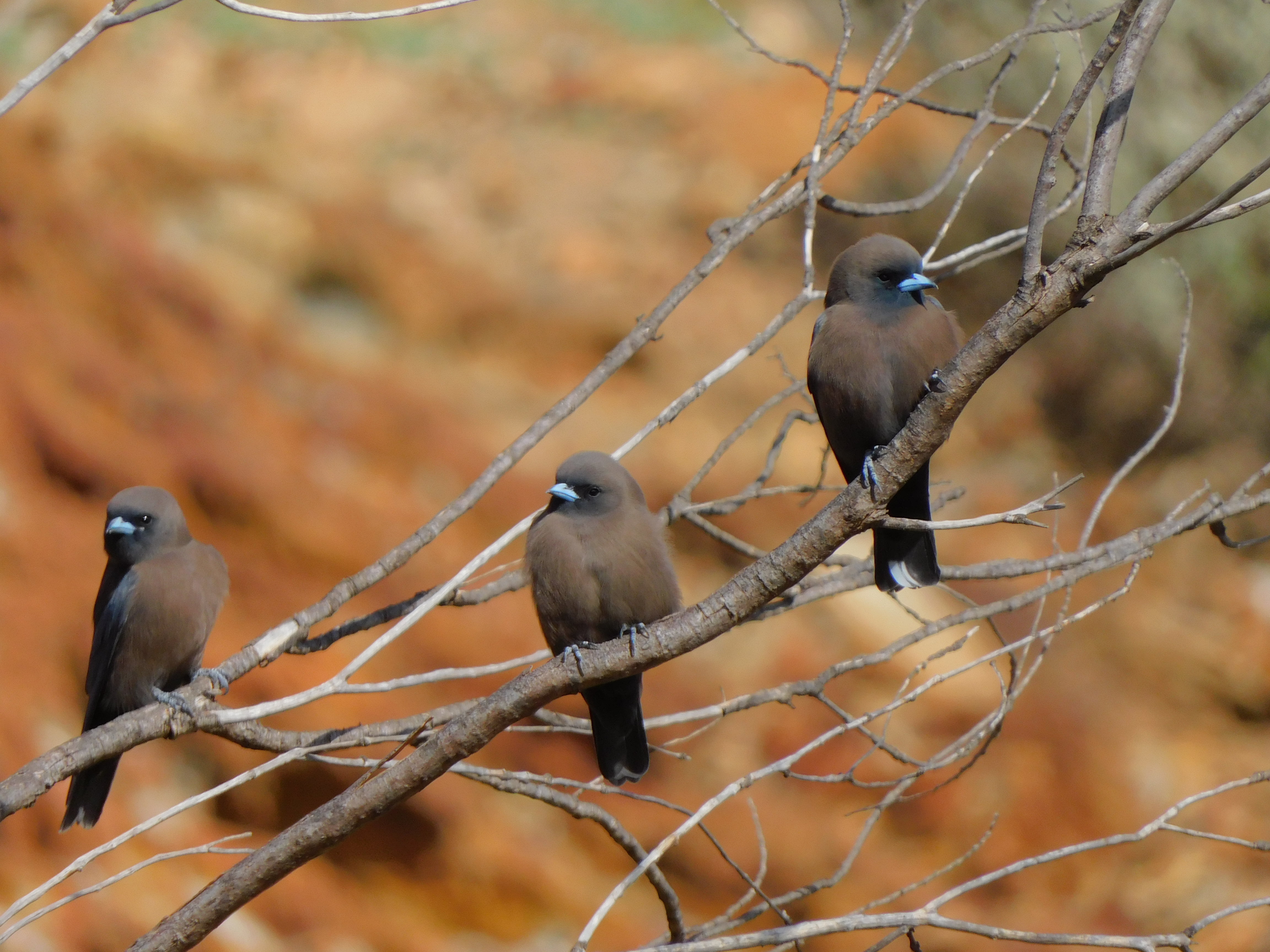 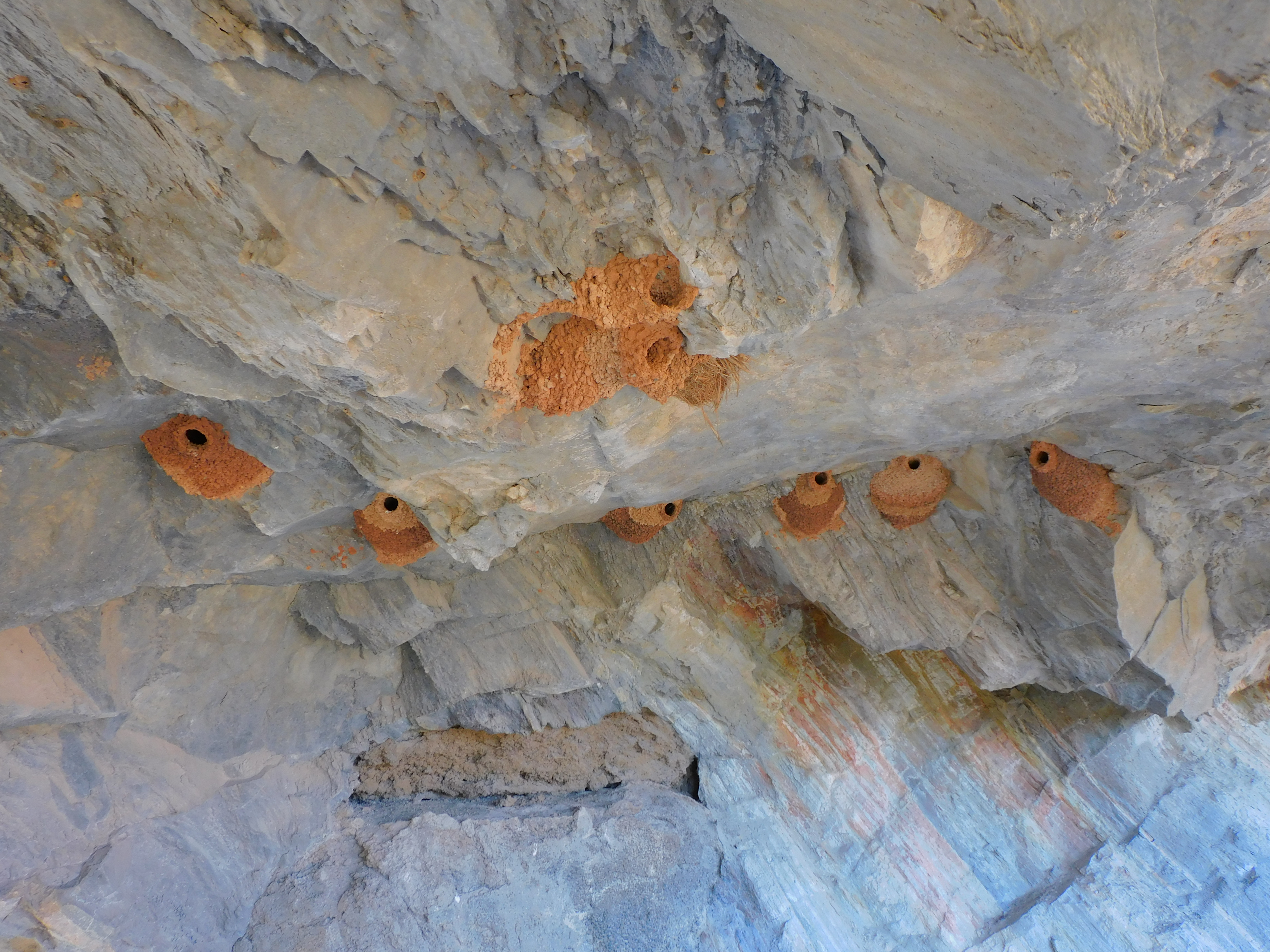 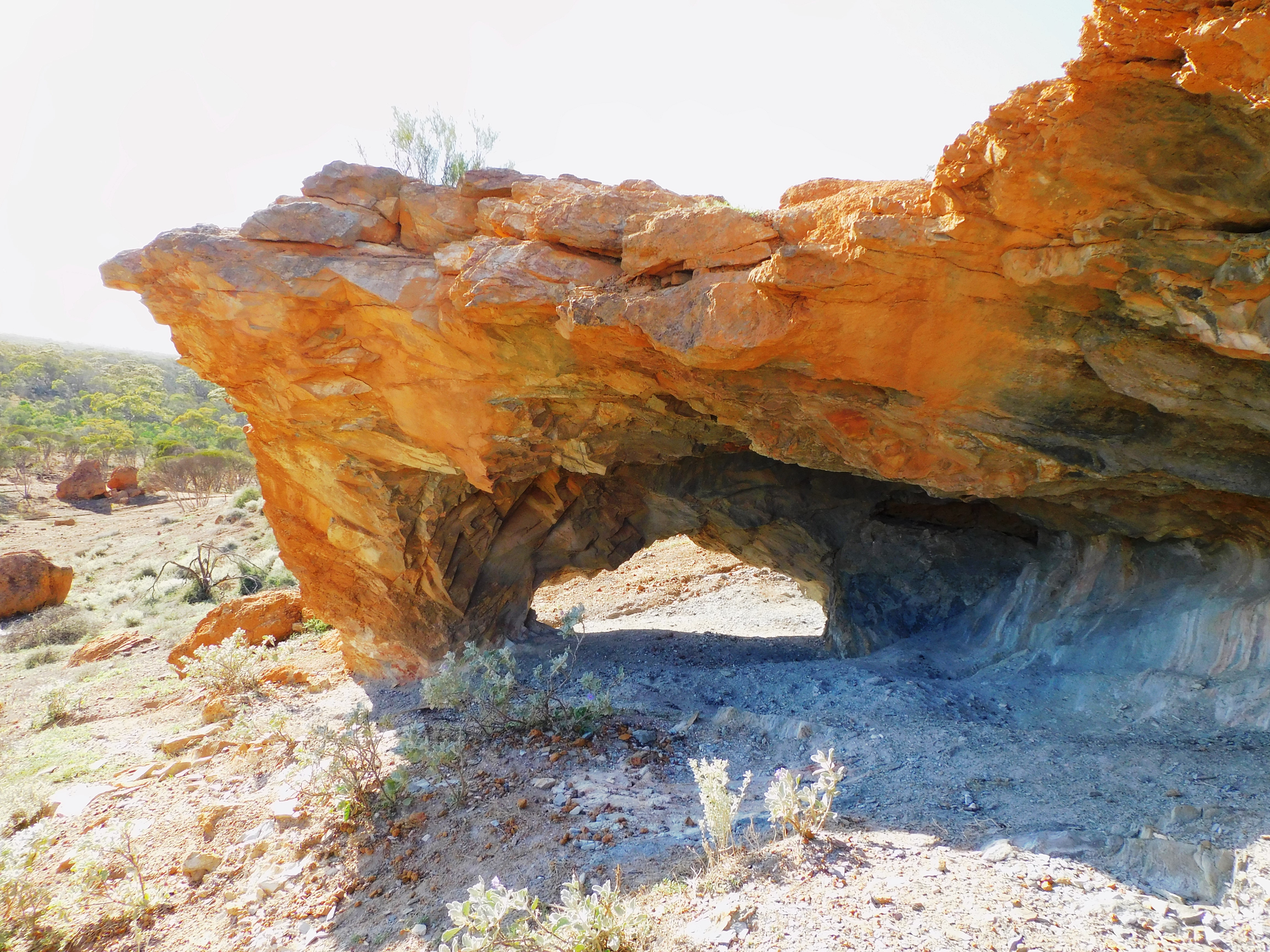 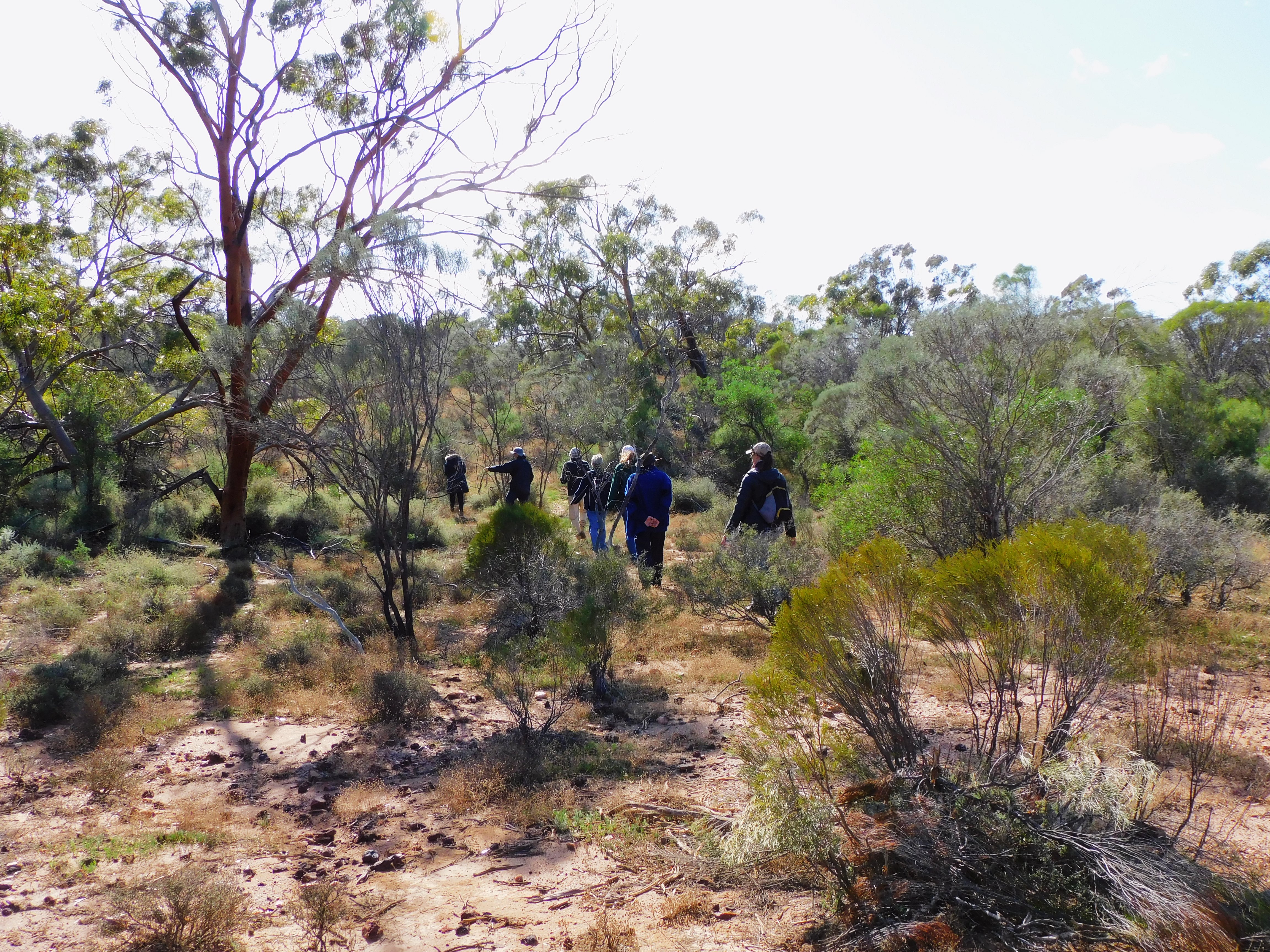 The team also checked out Weelhamby Lake Nature Reserve and Ninghanboun Hill, located about 30 kilometres north, north-east of Perenjori. The reserve covers around 606 hectares of inland salt lake habitat and forms part of the Yamatji conservation estate. The hypersaline Lake Weelhamby forms part of a large inland lake system, which is dry for much of the year but can reach depths of up to 50cm following heavy rains. Lake Weelhamby and the adjoining saltwater lakes are surrounded by freshwater clay pans that are important habitats for an array of freshwater invertebrates (shrimps, insects and snails), which can support large numbers of birds during periods of annual flood.

Other highlights of the weekend included a screeching Barn Owl that hurtled through the camp early Saturday morning, great conversations and laughs around the fire, and the rich, slow-burning sunsets enjoyed each evening. 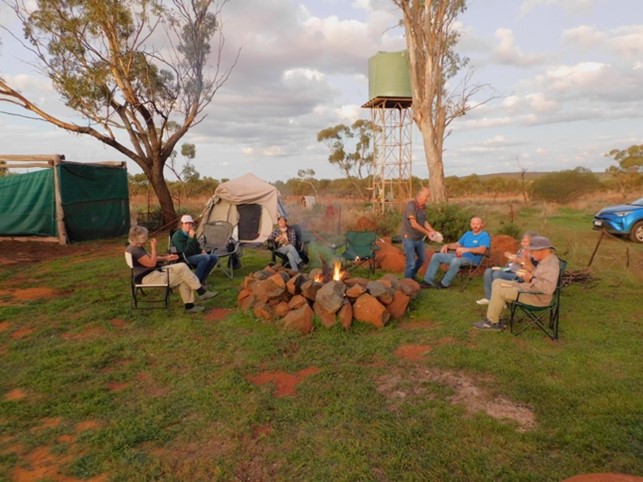 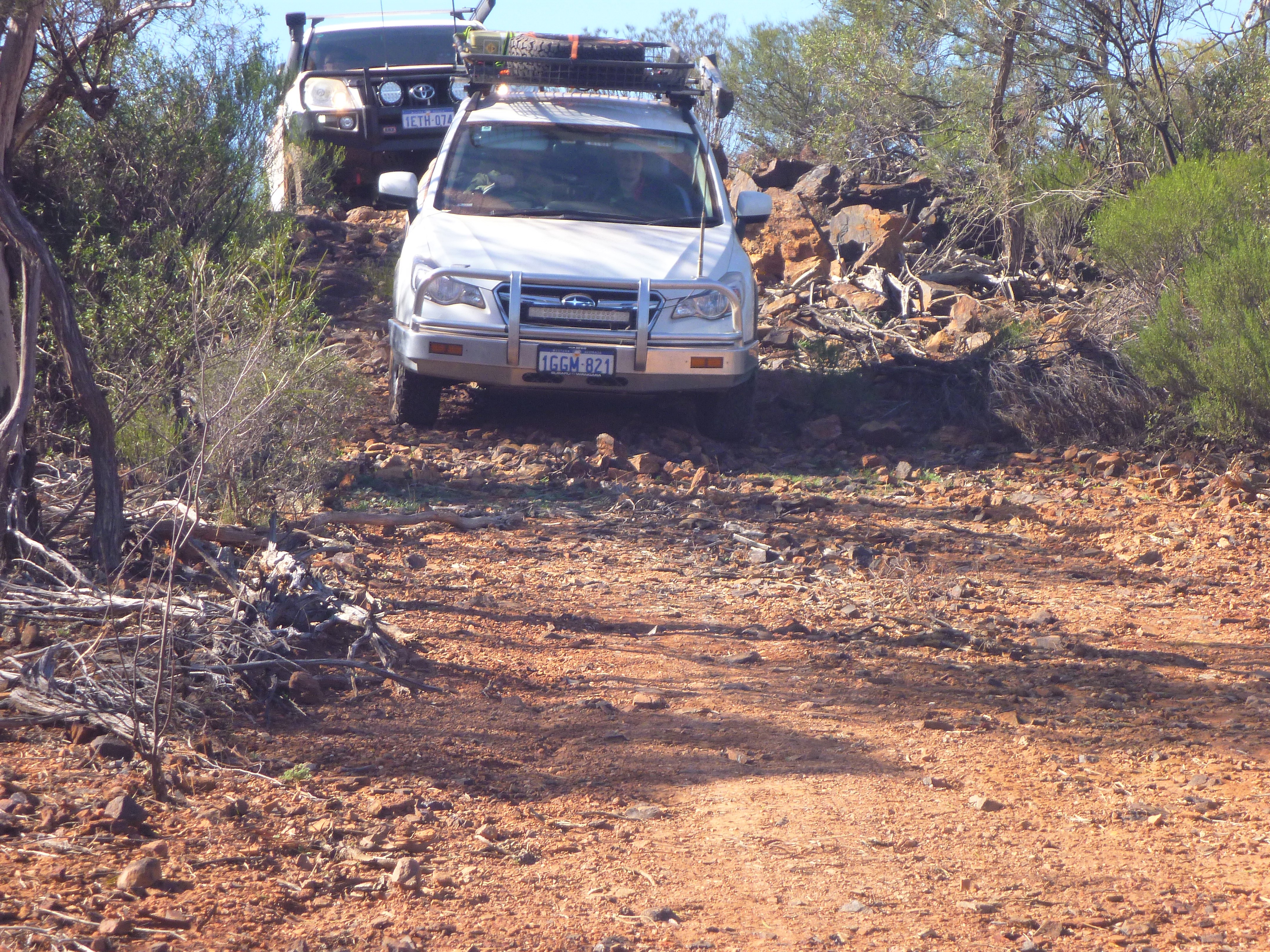 Our sincere thanks to the volunteers who took time out of their busy schedules to assist over the weekend, and to Carbon Neutral for their support of the project and for providing a comfortable base at the homestead for our team.

Overall, the trip proved to be very insightful, and we are looking forward to spring surveys. A total of 60 bird species were recorded over three days – we hope to add some of the seasonal migrants and resource nomads to this list in September when we return! 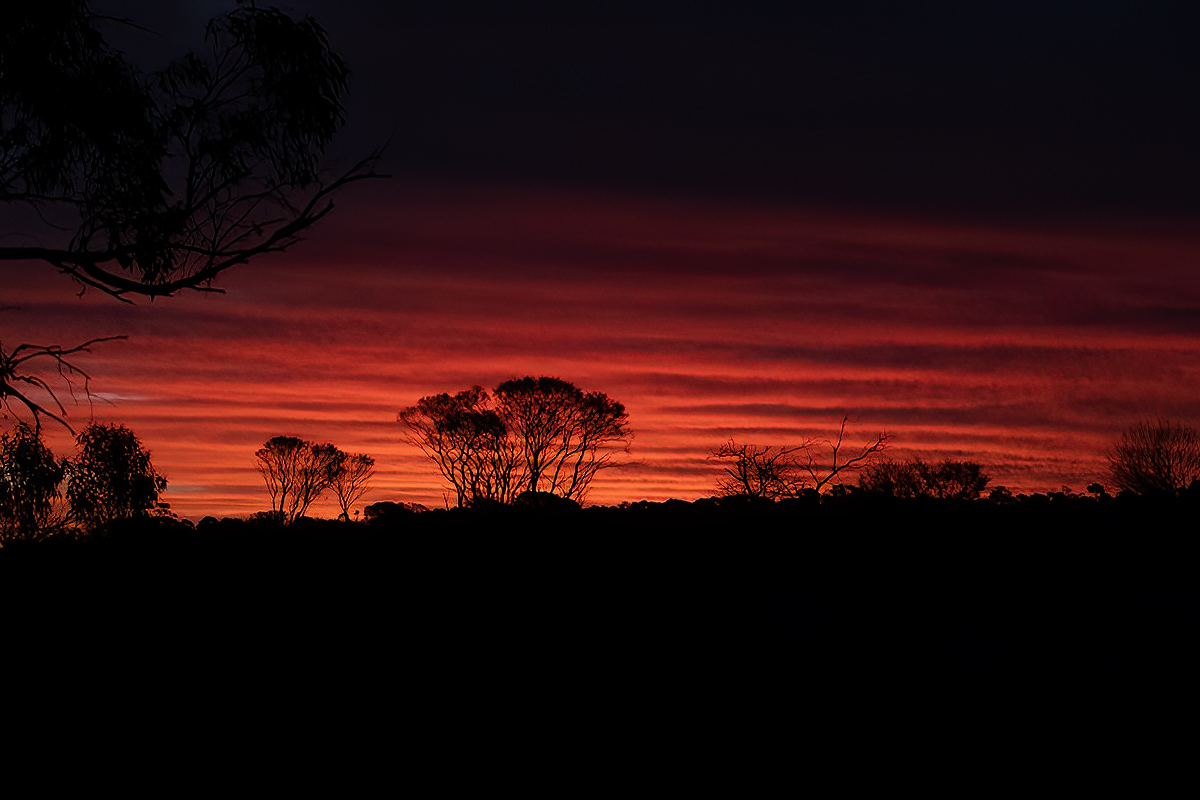 Conservationists are celebrating another successful breeding season for one of WA’s most iconic and vulnerable species as efforts continue to protect the Australian Fairy Tern.
Read More