The annual awards recognise outstanding achievement by individuals and community groups in the conservation and protection of the natural environment, and the promotion of a more sustainable Western Australia.

At the Awards Night on 11 December 2015 at the WA Ecology Centre, the following winners were announced: 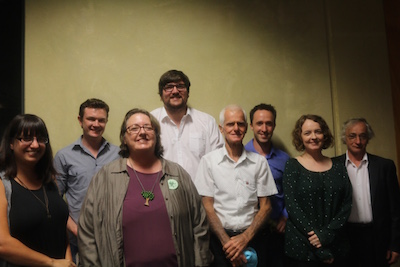 This award was established in honour of Bessie Rischbieth, a pioneer of the conservation m

Jess has been actively involved in the conservation movement for 18 years, joining the leadershovement in WA. It is awarded to an individual who has shown outstanding commitment to the Western Australian environment.

especting and working co-operatively with the long-term members of the group and taking the lead role across multiple campaigns.

In taking the fight to the Forest Stewardship Council, its International Auditors and Appeals Group, as well as the Forest Products Commission on Controlled Wood Certification of the Karri forest, not to mention several ministers for the environment and forestry, Jess has consistently demonstrated her courage in challenging decision-makers, all while managing her family and study commitments.

Quoting from one of her nominees, ‘it would be difficult to find anyone with more commitment to forest and wildlife protection than Jess’.

This award is for a young individual under 30 who has demonstrated an outstanding commitment to the WA environment.

Dean has been an incredible leader for the environment movement over a number of years, working on the People’s Climate mobilisations, the Great Barrier Reef campaign and Power Shift.

2015 has seen this year’s Young Environmentalist winner really step up as the State Co-ordinator for the Australian Youth Climate Coalition.

He has been central to the ongoing engagement of young people in acting on climate change, leading a number of events, including as convener of the hugely successful People’s Climate March here in Perth.

Established in honor of Len Howard who founded one of WA’s most successful conservation groups, this award is for a community group which has demonstrated an outstanding commitment and success in the conservation of WA environment.

Save Beeliar Wetlands formed in the 2000s, from community members involved in protecting the Beeliar Wetlands from the Roe8 freeway, following the Farrington Road Blockade in the early 1980s and groups such as the Wetlands Conservation Society. This group has continued to maintain a high media profile in local papers, holding events and raising awareness at fairs and rallies.

In 2015, the group became a key part in the Rethink the Perth Freight Link alliance, and has recently challenged the recent EPA approval of Roe8 in the Supreme Court. With the decision pending, the group continues to grow public awareness and support, and demonstrates outstanding commitment to the cause.

This award was established in honour of CCWA’s foundation President, Mr John Oldham.  It is awarded to an individual employed in the conservation sector who has displayed an outstanding commitment to the WA environment

Tim is a dedicated, compassionate leader of the environment movement, committed and supportive of his staff, colleagues and volunteers. He began his activist years on the campaign to protect Ningaloo Reef and was a core part of the Save Our Marine Life campaign for many years. He has always strived for campaign excellence and thrived in his recent role on the board of CCWA.

Currently leading the Kimberley: Like Nowhere Else Alliance, his quick wit and adaptable strategy has ensured the best conservation result for a draft marine park in WA’s history, at Horizontal Falls.

This award is open to members, employees or volunteers of conservation groups who have demonstrated a long term commitment to the WA environment. This year there are two recipients:

Felicity has had a major involvement in wetland conservation and urban bushland conservation since the early 1990s.  As a qualified vet and former staff member of the Urban Bushland Council and Cockburn Wetlands Education Centre, a former member of the CCWA Executive Committee and with central roles in Bibra Parklands Bushland and the Tea Tree Close Wetland in Jandakot, she formed the Beeliar Conservation and Heritage Council, later becoming convenor of Save Beeliar Wetlands for several years.

Felicity is a dedicated and effective campaigner who devotes huge amounts of her time to campaigning for wetlands conservation and bushland protection, and continues to be a long-serving and active member of the Wetlands Conservation Society and Save Beeliar Wetlands.

Marcus has dedicated over two decades of his life to the anti-nuclear and peace movement. For the last five years, he has co-ordinated the Walkatjurra Walkabout, a month long walk through country under threat from uranium mining.  The Walkabouts have been the face of the anti-nuclear movement in WA, giving people in the city the opportunity to visit and learn the importance of the Country, standing alongside Traditional Owners who have fought against uranium for 40 years. Marcus has been central in bringing the walks together and taking the WA movement international over the last 20 years, having walked in the US, France, India, Japan and beyond, as a lighthouse for the global movement, particularly in South East Asia. 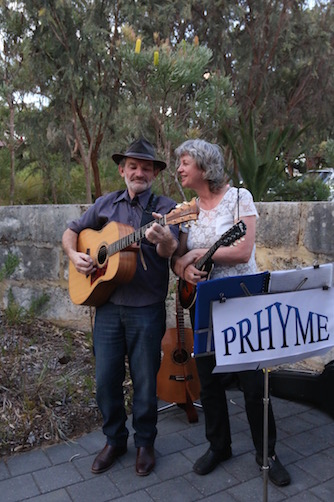 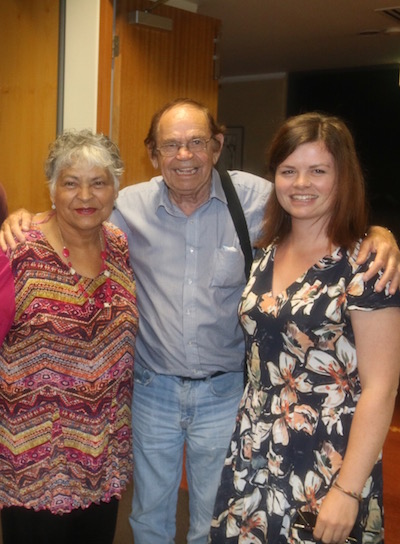 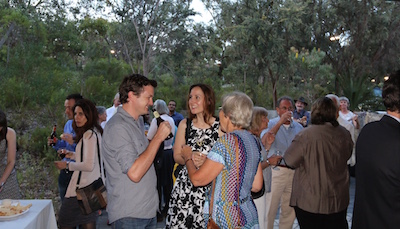