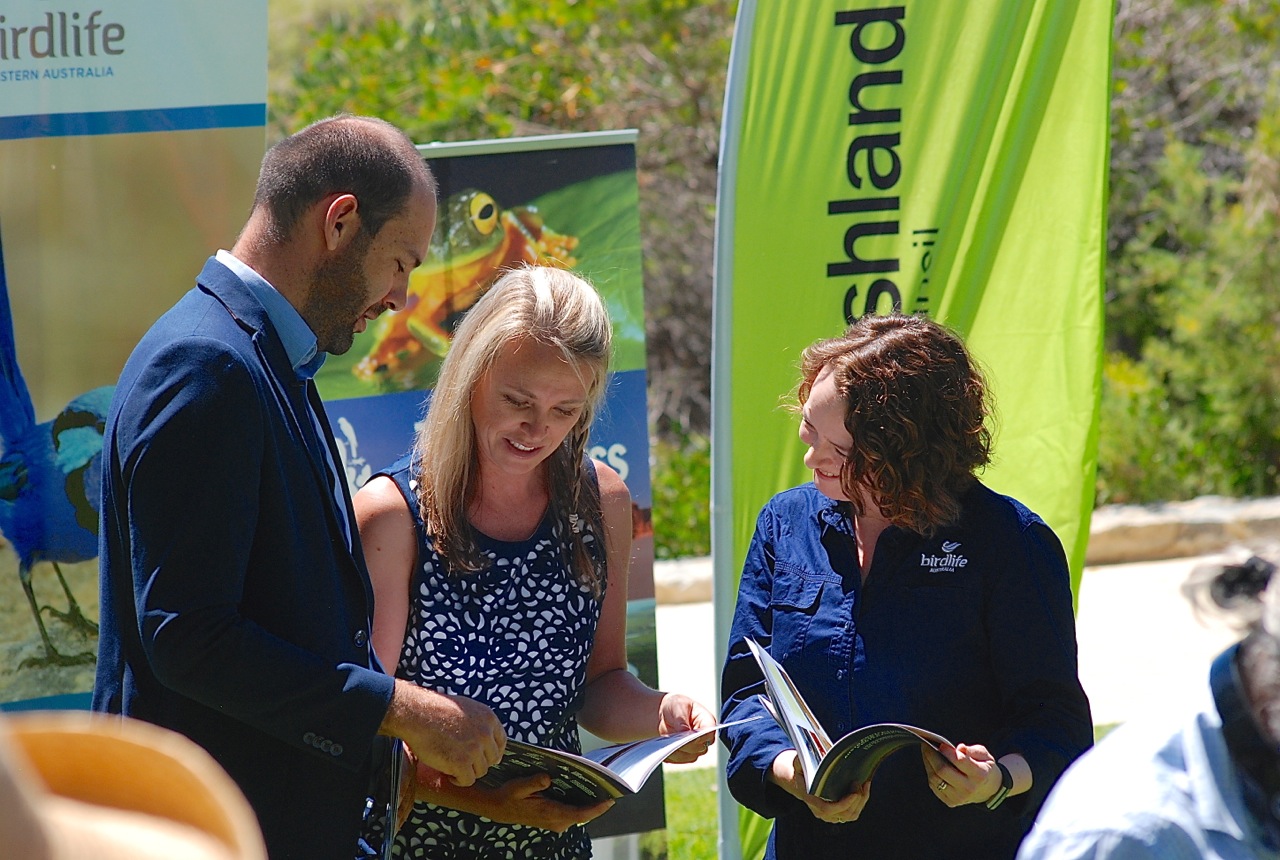 An unprecedented alliance of local, state and national environment and conservation groups has unveiled a plan for protecting WA’s environment and transitioning to a low pollution economy ahead of the State election in March.

The groups, representing hundreds of thousands of WA voters have come together for the first time to jointly release a formal policy position and call on all candidates and political parties to commit to implementing the priority policy measures outlined in the document. 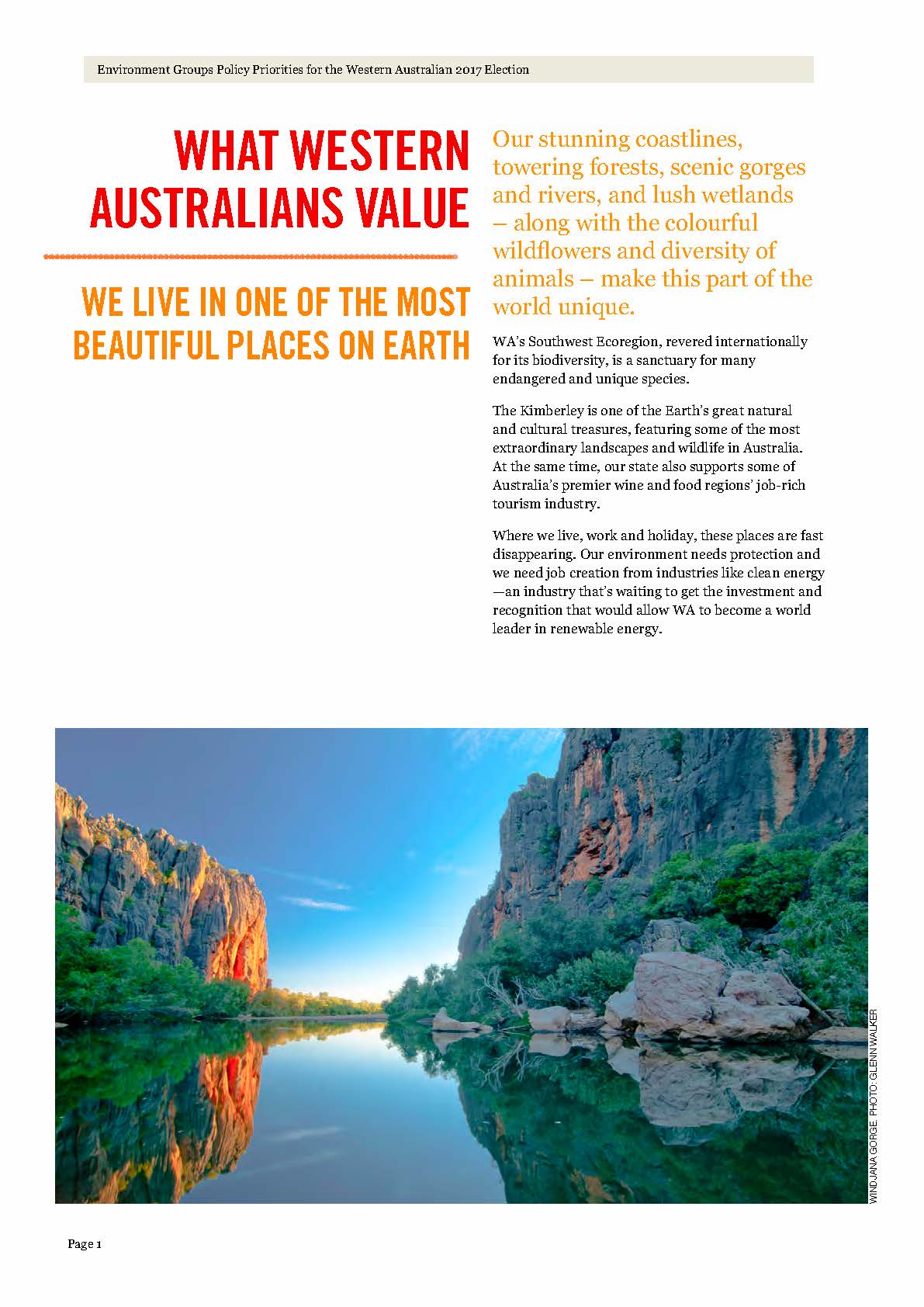 Conservation Council of WA Director Piers Verstegen said “CCWA has consulted with community groups, experts, scientists, Traditional Owners and community leaders across the state to develop a plan to protect our future and transition WA to a renewable energy economy.

"Now, we are calling on all political candidates and parties to commit to these policies before the March state election.

"West Australians care about our natural environment, it is central to who we are and people will be looking for a party with strong environmental policies when casting their vote.

“People expect government to take strong action to address environmental challenges and to secure a sustainable future for our State and the generations of Western Australians to come.” 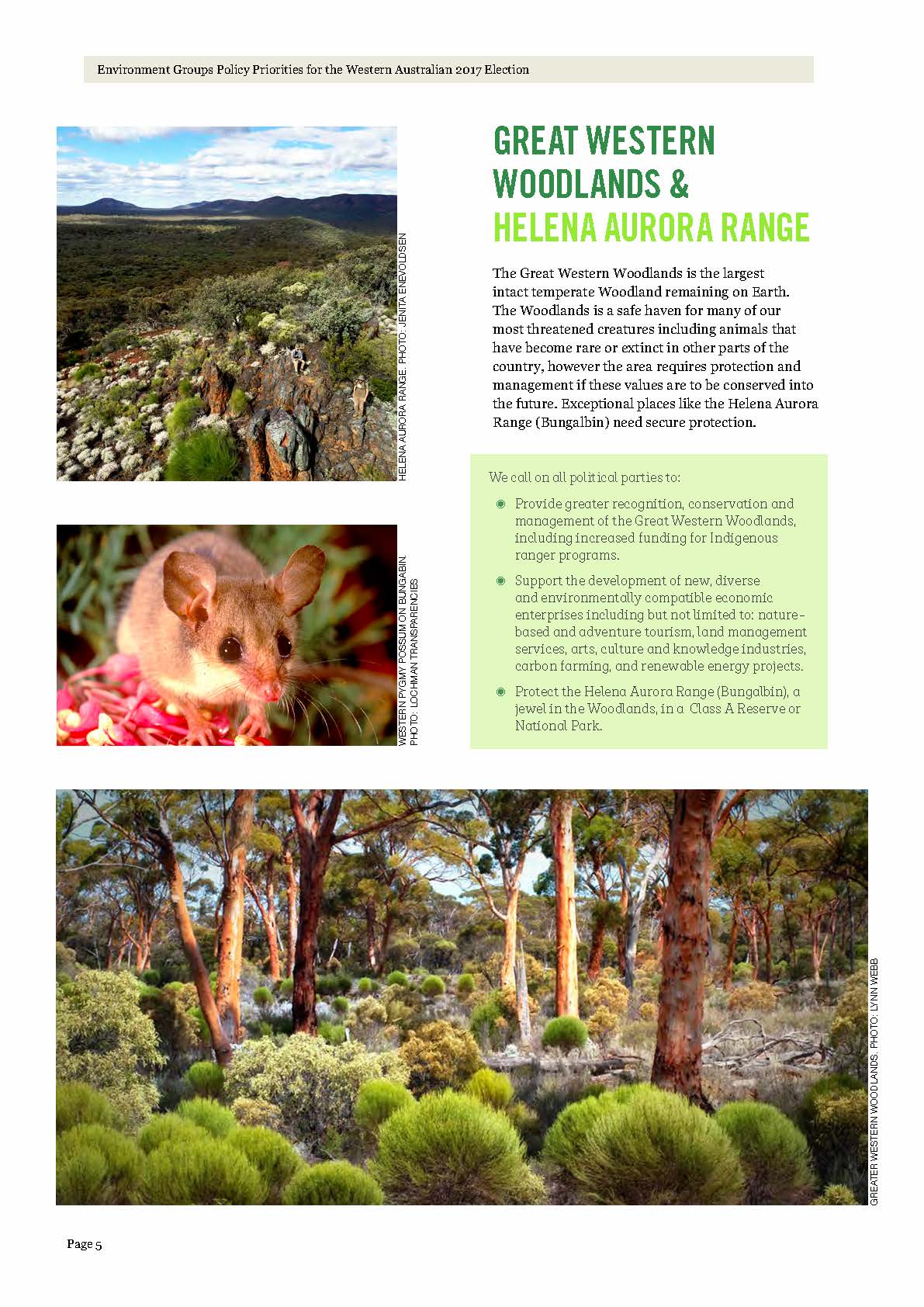 “This plan clearly lays out what is needed to protect our unique wildlife, maintain clean air and water, and to address climate change and other environmental challenges here in WA”

“It is the benchmark we will be judging political parties against in the lead up to the election,” he said.

“Right now we have an opportunity to choose a future powered by renewable energy instead of gas fracking, especially in awe-inspiring places like the Kimberley,” she said. 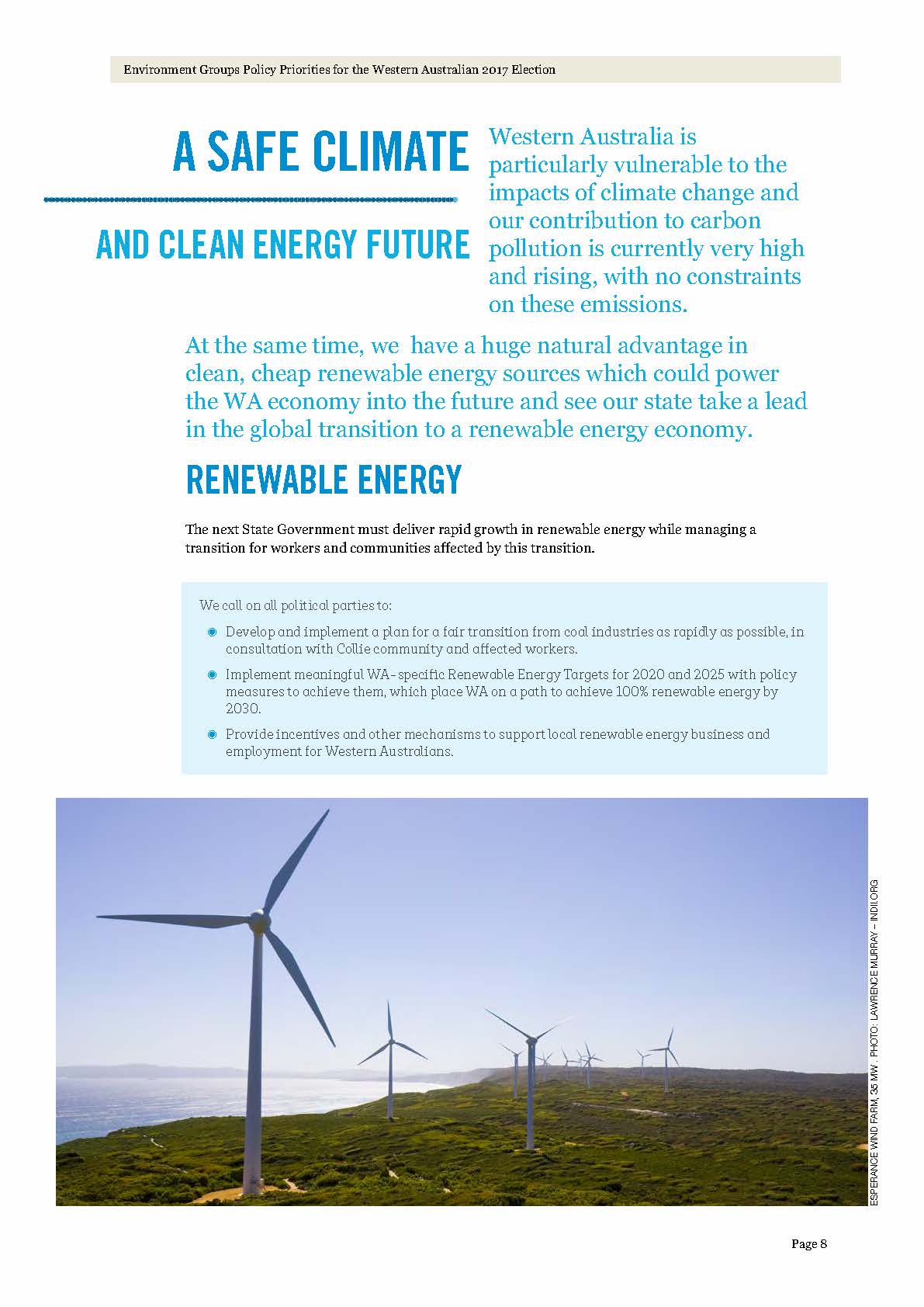 “Now is the time to decide to protect our globally-significant heritage assets, like the Helena Aurora Range, or allow irreversible and destructive mines to progress against EPA recommendations.

“Recent polling of over 600 voters in Bicton, Mt. Lawley and Joondalup exposed that 74% of respondents rated ‘protecting the environment’ as the most important issue above broadening the economy or traffic congestion.

We are calling on all parties to step up and commit to policies which will pave the way for a sustainable future for WA.”

BirdLife Australia WA Program Manager Helen Bryant said Western Australia is home to some of the world’s most spectacular natural wonders and also some of its most threatened birds.

“BirdLife Australia is calling for the next State Government to support people, to protect nature and enact reforms that will benefit the environment, community and state,” she said.

“This will ensure that our natural heritage survives for future generations.”

Environmental groups say that they are committed to ensure that the environment is on the agenda for the next State election and will be providing an opportunity for all political parties to put their environmental policy forward at a forum which will be occurring on the 2nd of March at Perth Town Hall.