Environment Matters: The Future Of Community-Based Landcare And The Role Of NRM In Western Australia 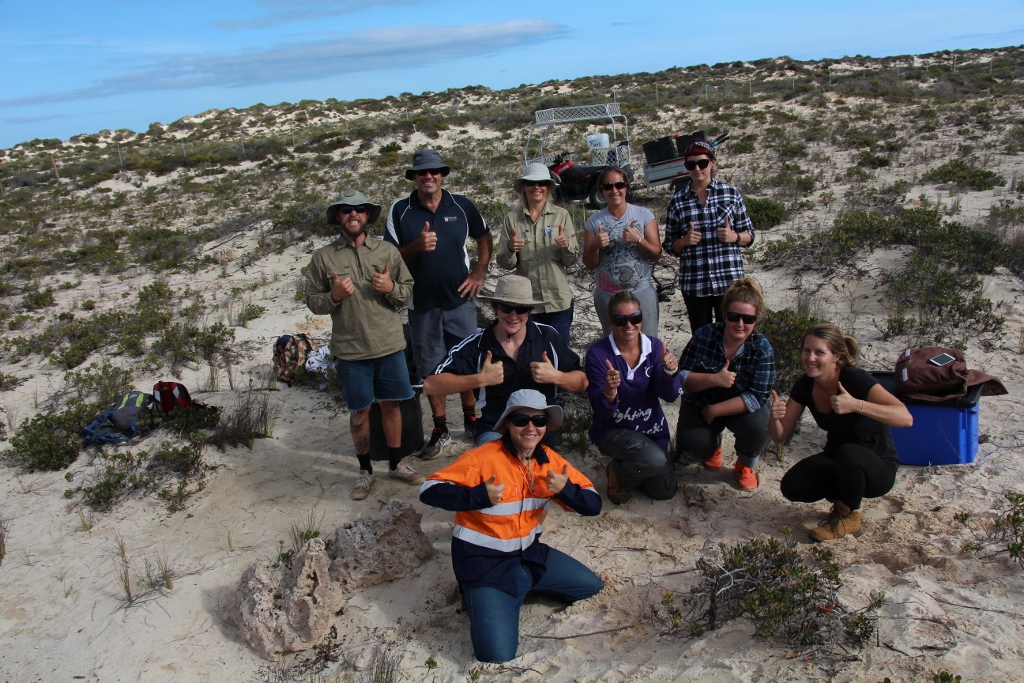 For over two decades, Landcare and Natural Resource Management (NRM) groups across the State have worked hard to address environmental challenges such as salinity, weeds and invasive species, water quality, and biodiversity loss. But with little certainty of funding and policy from Government, the future of Landcare and NRM could be in question.

The Conservation Council of WA and the WA Landcare Network (WALN) jointly present the pre-election Environment Matters forum on Landcare and Natural Resource Management (NRM) policy in Western Australia. Join us on Monday 28 November to discuss the issues and hear from experts and stakeholders on the challenges Landcare and NRM face in the lead up to the March 2017 State Election.

Since its inception during the 1980s, Landcare (and its later expression as NRM) has faced many challenges. Today the sector operates with a dwindling volunteer base, with ongoing dependence on Government funding and declining resources. In addition, the roles of the different levels within the overall structure (local, regional, state, and national) continue to be a source of tension in the interplay between strategic priorities and local on-the-ground interests.

Bill has lived and farmed in the Mt Barker/Albany region for most of his life, apart from a time involved in forestry. He established a plant production business, Bandicoot Nursery near Mt Barker in 1985, and developed it to grow seedlings for landcare, plantation, and revegetation projects across South WA. The business expanded to include wetland plants grown at Green Valley Nursery at Redmond near Albany. A Churchill Fellowship in 2005/06 allowed Bill to examine integrated farming and casuarina plantation production in several countries.

Bill is actively involved in several community groups, such as Regional Development Australia Great Southern, the Wilson Inlet Catchment Committee, Rotary Club of Mt Barker, and the Qantas Wine Show Committee, as well as industry groups such as Australian Forest Growers. Bill was a Shire of Plantagenet Councillor from 2005 to 2009, and remains committed to local and regional development.

John Holley has spent his 30 year career in the Western Australian public service supporting people and organisations to achieve their personal, business and professional aspirations.  He is currently Director of the State NRM Office in Perth and has been involved in managing NRM programs which have supported hundreds of NRM and landcare projects with grants totalling over $800 million since 1997.  John is passionate about encouraging the continuing involvement of community volunteers and grass root groups in environmental action and having input to Government policy. At a national level, he is an advisor to Landcare Australia’s board.

Chris Tallentire MLA was elected to the WA Parliament as Member for Gosnells in September 2008. He is Labor's Spokesperson on Sustainable Living, is a member of the Public Accounts Committee and is Labor's Spokesperson on Environment in the Legislative Assembly. Chris was Director of the Conservation Council of WA from March 2004 to April 2008, where he led the Council's environmental campaigning, policy development, and community engagement. In this role, Chris worked on a wide range of issues including climate change, biodiversity loss, water resource protection, air quality, river degradation, salinity, bushland protection, and marine conservation.

As a Member for the South Metropolitan Region since 2009, Lynn MacLaren MLC has established herself as a passionate advocate for protecting the environment and has been a voice for the voiceless. She is a prominent leader in campaigns for the welfare and protection of animals and has been at the forefront of campaigns to protect sharks and to stop live exports. Lynn has introduced bills to increase protection of WA’s unique biodiversity from Carnaby’s Cockatoos to numbats and to protect the free range egg label.

Lynn has introduced a bill for leading-edge planning laws for coastal climate change adaptation and has actively supported campaigns against genetically modified crops.  In the next term, Lynn will continue to advocate for better protection for the environment by strengthening DPAW and DER and reinstating the science-focused climate change policy unit. With a track record for improving biodiversity, Lynn will continue to speak up for animals and protecting precious places. Lynn will focus on delivering the Greens Urban Forest strategy.

Colin was elected to represent the South West Region in the 2008 State Election and commenced his term in May 2009.

A born and bred Goomalling lad, he completed a Bachelor of Science at UWA before being employed by the WA Department of Agriculture. During his fourteen years with the Department he was fortunate enough to spend time in almost every region of our State, including the Kimberley, the Gascoyne, the Wheatbelt and the South West.

Before entering Parliament Colin was a founding director of the community development company, The ARID Group. This company worked with regional communities and took him to all areas of Western Australia to work with local governments, community groups and country people passionate about their town and region.

Colin has had a number of positions since being in the current Government including Minister for Housing; Racing and Gaming (December 2014 to August 2016). He is currently Parliamentary Secretary to Minister Grylls (Housing: Racing and Gaming) and Minister Davies (Water; Sport and Recreation; Forestry).