Under normal circumstances, the sight of a dozen-or-so torchlit figures stalking silently across a suburban beach, in the dead of night, might be a little concerning.

However this phenomenon has become a familiar and welcome sight in the community, because these late-night beach-combers are part of a long-standing conservation effort to protect one of WA’s most vulnerable species.

At little over 25cm from bill to tail and settled in shallow nests dug from the sand, the Australian Fairy Tern can be hard to spot at the best of times. In the dark – when the Terns are at their least active – a headtorch, a keen eye and carefully placed footsteps are key.

The team of volunteers and citizen scientists, led by the Conservation Council of WA (CCWA) are conducting the careful and crucially important task of tagging, registering and releasing Fairy Tern chicks in a process known as ‘banding’. Here the chicks are carefully removed from the nest, fitted with a small, lightweight metal band on one leg, before being returned to the colony and reunited with their parents.

Three of those original banded birds were still being seen by monitors between as late as 2016 and 2021; including Pip – the world’s oldest fairy tern. Pip was last photographed in Dawesville in January last year, not far from where he was born, 24 years ago.

The wider Perth Metropolitan region is a key conservation area for this iconic species. The breeding sites between Fremantle and Bunbury account for 700 of the estimated 3,000 breeding pairs of terns in WA and efforts to boost their numbers have captured the imagination of individuals and communities living along the coastal suburbs.

Monitoring these key breeding colonies is far from easy as the Fairy Terns have a habit of moving frequently from place to place, meaning they could be found on public, private or even government land. The bands allow conservationists, armed with long-focus cameras, to understand the ecology and movement of the birds.

In its most recent night-time operation, a small team of trained banders – ‘the Bandettes’ – and citizen scientists successfully tagged 194 larger juvenile birds and safely returned them to the colony. 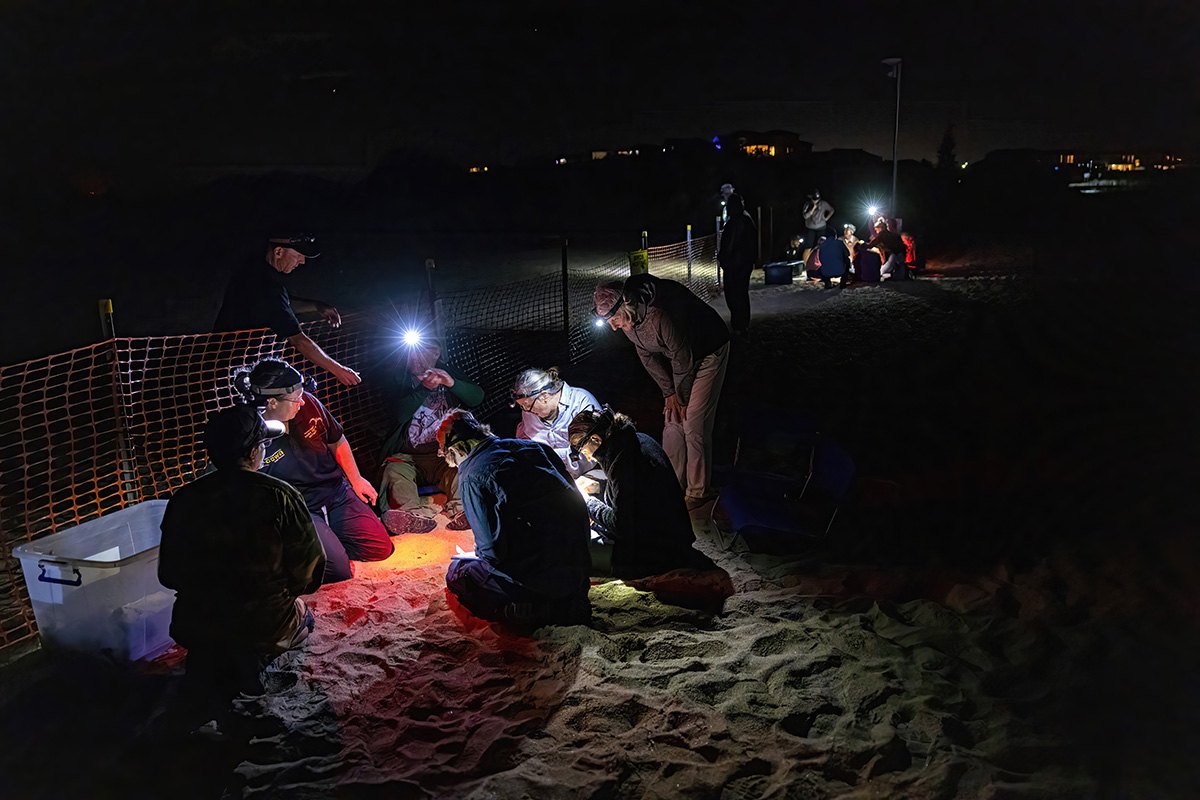 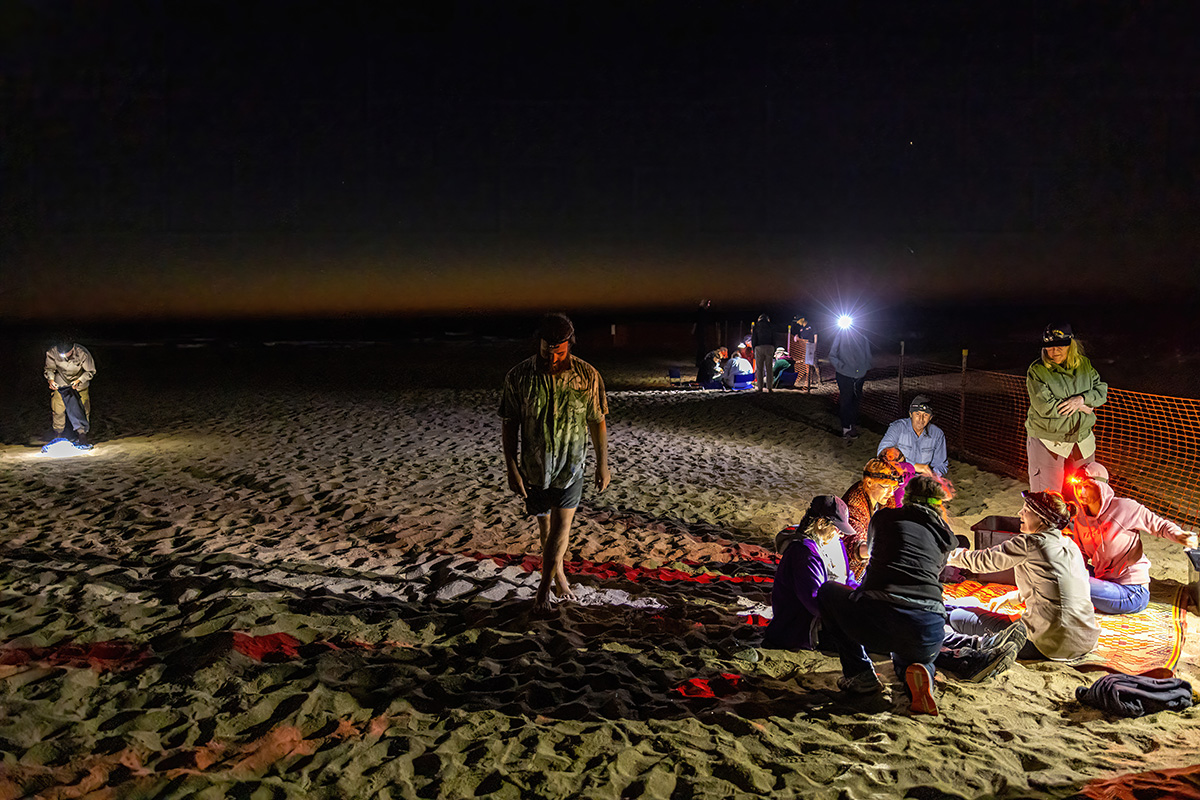 “One bird has been recaptured on five separate occasions, giving us vital insight into how the birds in this region move from place to place.

“He was originally banded at a Bunbury colony in February 2018 and has since been photographed at colonies in Mandurah and Penguin Island before being seen engaged in ‘courtship feeding’ with a female on the Peel Harvey Estuary. He was later spotted at a colony at Point Peron and then Dawesville.

“This shows that Fairy Terns do not always use the same breeding site but are likely to return to the same geographical area – or ‘neighbourhood’ – between seasons.

“Our findings suggest there could be up to seven neighbourhoods in WA, which is incredibly exciting for the future of protecting this species.”

For more information about the conservation of Fairy Terns in Western Australia, visit www.ccwa.org.au/fairyterns. 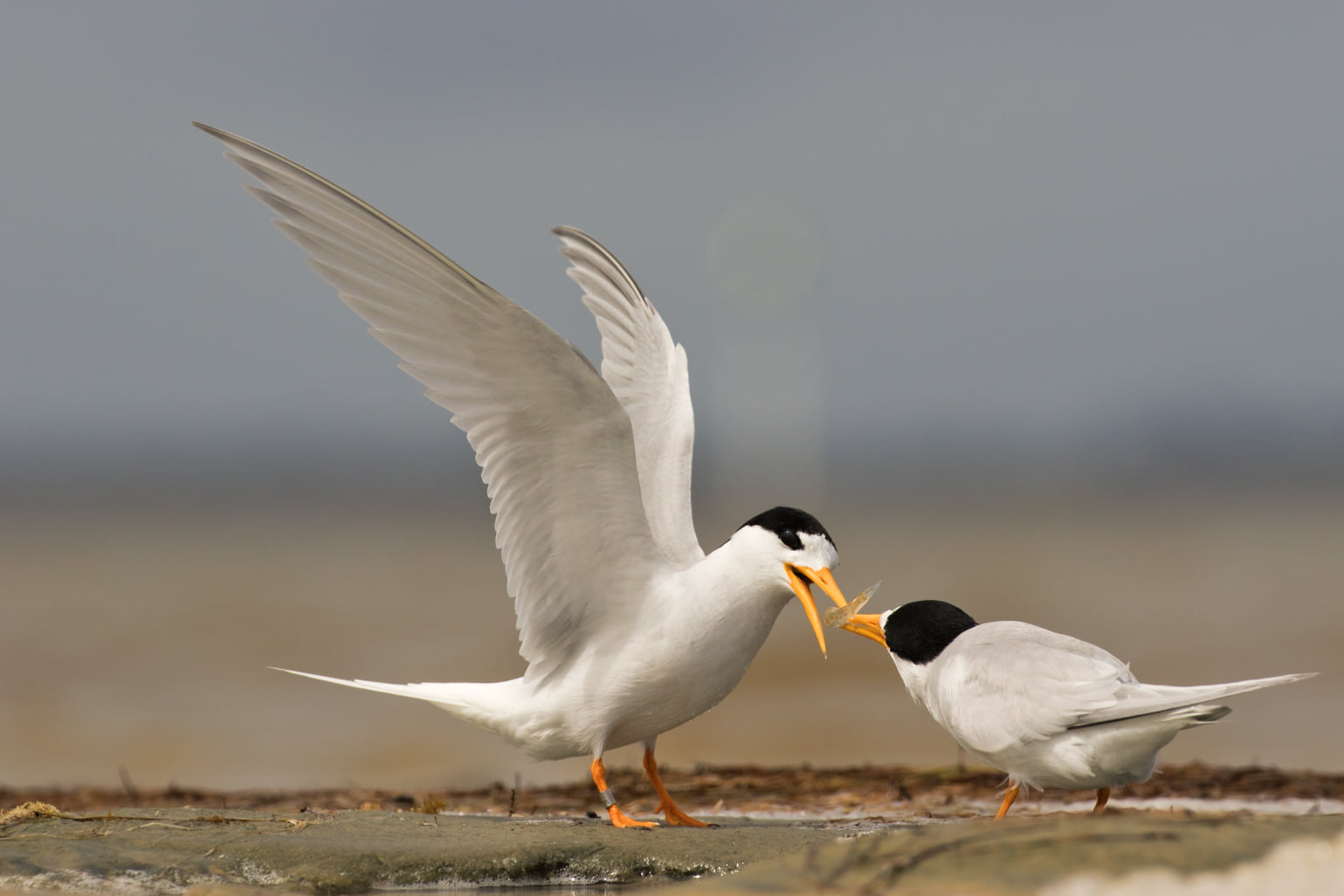 CCWA’s Citizen Science team was back in the field at the end of May - this time surveying the biodiversity values of a property in Bowgada, located in the Shire of Perenjori...
Read More