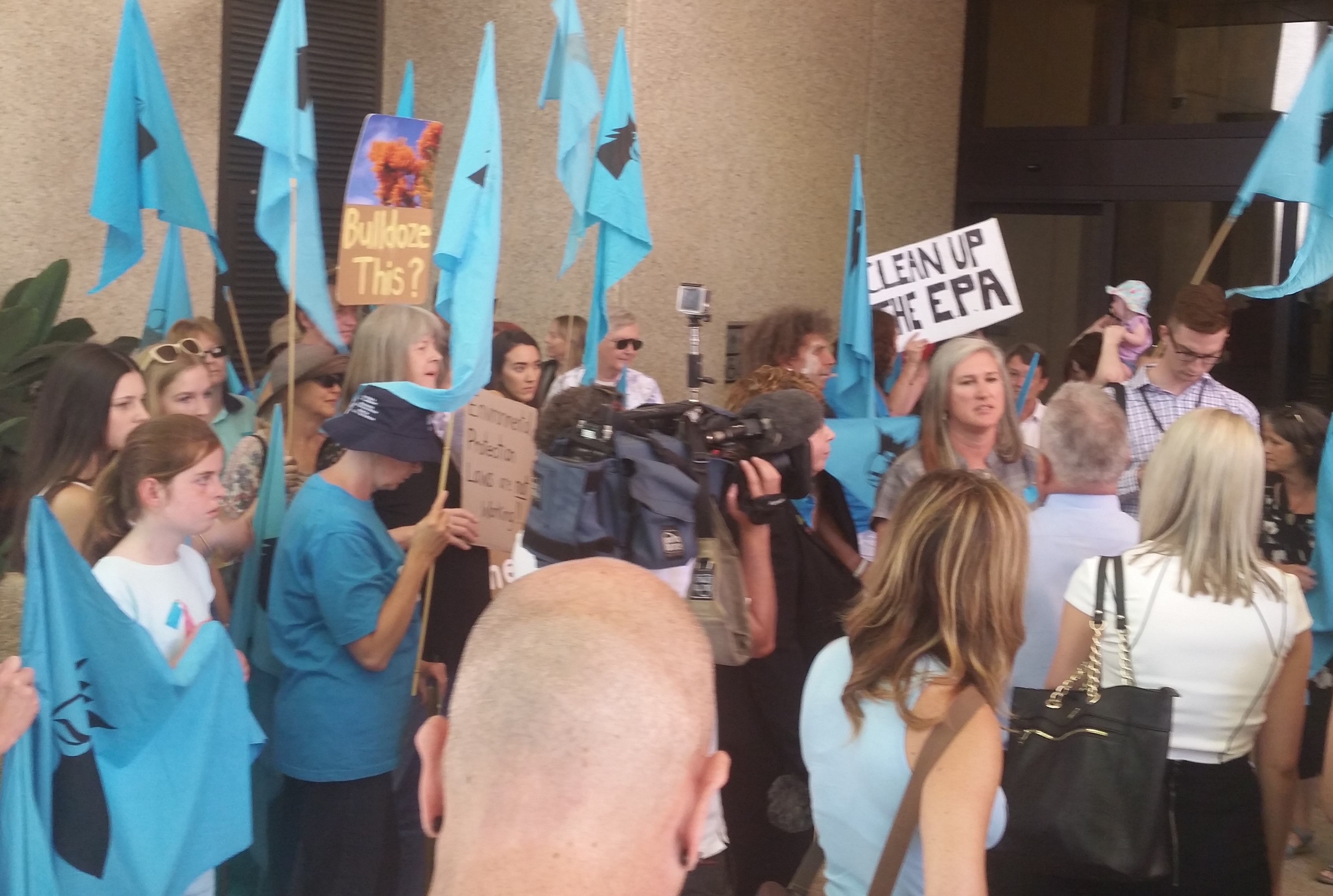 Opponents of the Perth Freight Link and Roe 8 toll road have vowed to maintain their fight to hold the Barnett Government to account over irreversible impacts on endangered wildlife.

Save Beeliar Wetlands Convenor Kate Kelly said while the organisation had been unable to secure an injunction to prevent further destruction of endangered species habitat, a growing number of people were working to stop the destructive project and hold the Barnett Government to account for its environmental damage.

“Our lawyers and expert witnesses have presented clear evidence demonstrating that the State Government has failed to comply with one of the most important environmental conditions placed on the project by the Federal Environment Minister.

“Prior to the project commencing the State Government is required to purchase 523 hectares of land as an environmental ‘offset’. This offset is supposed to protect food and nesting sites for endangered black cockatoos which are equal to or better than what is to be destroyed at the Beeliar Wetlands.

“On Dec 2nd we were given access for the first time to the actual location of the land that has been purchased for this offset.

“The land near Lake Clifton is so degraded that it does not even get close to the amount of Carnaby’s Cockatoo habitat required to offset the clearing in the Beeliar Wetlands. In fact, we believe there is less than a tenth of the type of habitat that is supposed to have been protected according to the Federal Minister’s condition.”

Conservation Council of WA Director Piers Verstegen said, “We have deep concerns about how the environmental approvals for this project have been pushed through without proper process, and how the Government is failing to comply with important environmental conditions. The failure to provide an adequate environment offset prior to works commencing is just the latest example.

“We are appalled that the Federal Court judge has allowed the destruction of the Beeliar Wetlands to continue, despite the demonstrated failure by the State Government to meet one of the project’s most important environmental conditions.

“The Commonwealth Government has signed off on environmental conditions based on a totally inadequate and misleading desktop report from one of the companies involved in the project alliance, and it appears there is nothing that the Court can do about it.

“Clearly this points to a fundamental weakness in the environmental approval for the project and the laws they are based on.”

Kate Kelly said, “It appears that there is nobody who can hold the Government to account for meeting its own conditions, other than the community, and that is what we will do.

“This toll road to nowhere will continue to be challenged at every turn by the growing number of people in the community opposed to the controversial and destructive project.

“WA Labor have now promised to scrap Roe 8 if elected, and there is no reason for the Barnett Government to push through this illogical road 61 days out from the election,” she said.