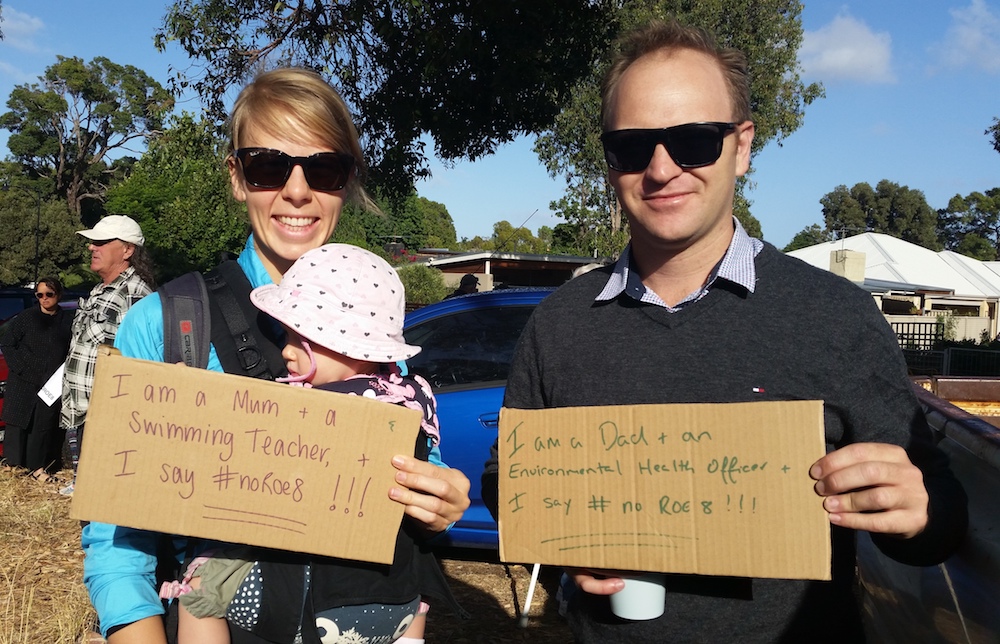 Gained more than lost: how the battle to stop the Perth Freight Link will shape the future of WA for decades

Part one of a two-part reflection on the environmental campaign that shaped a state, by Piers Verstegen, Director of the Conservation Council of Western Australia. 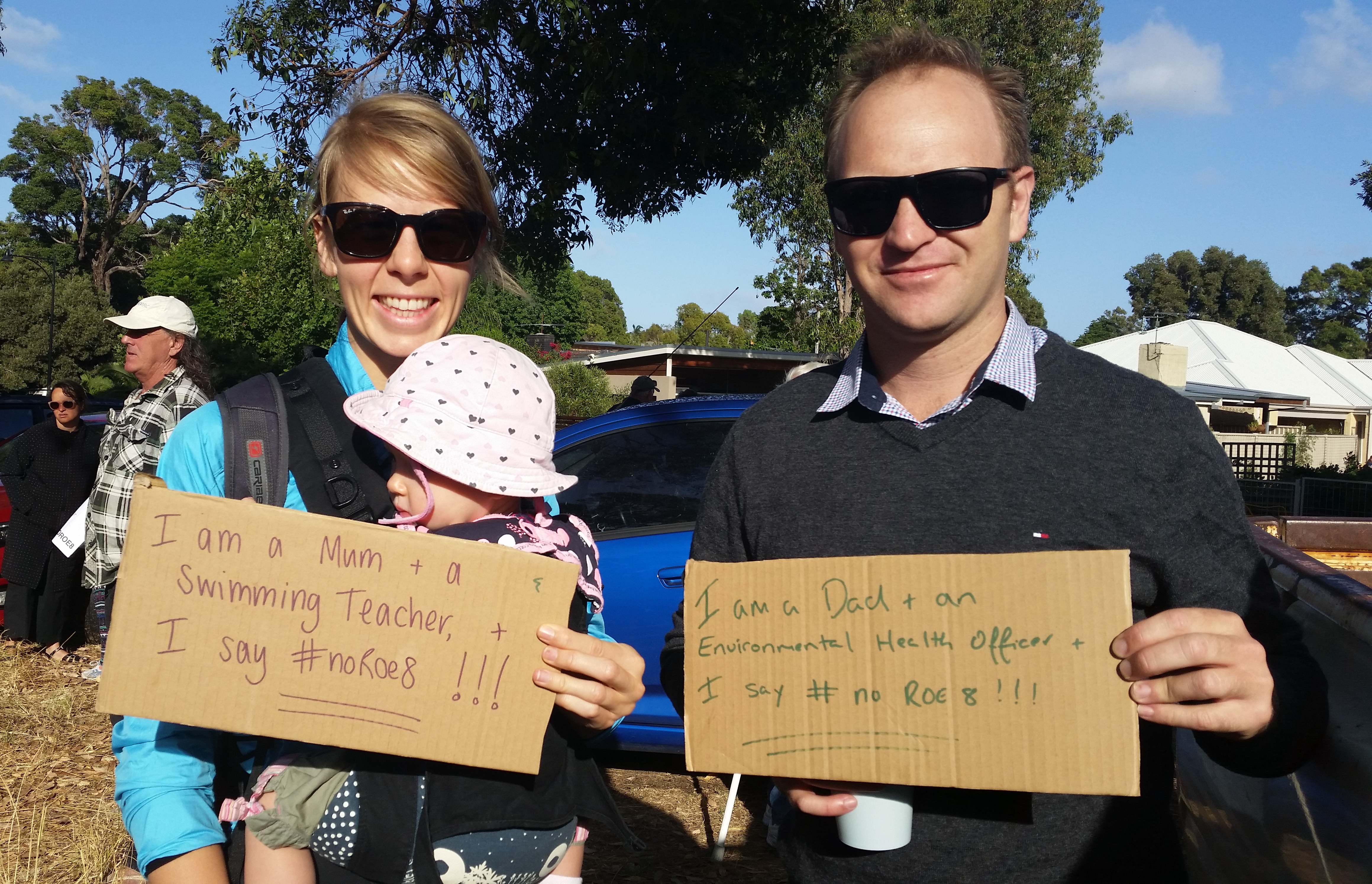 The incredible community victory of stopping Roe 8 and the Perth Freight Link has already played a major role in shaping one of Western Australia’s most dramatic election outcomes, and will continue to shape our future for decades to come. As WA author and environmentalist Tim Winton remarked - we are not supposed to win in these contests, so when we do there are consequences.

Many of those who were on the front line, or part of the extended community of support for this seismic campaign, are left feeling a strange mixture of grief and opportunity.

Now that the initial celebration and predictable election post-mortem is over, it is important to take time to reflect on what we have gained, what we have lost, and what we have learned.

Valuable questions are being asked as part of this process. Was it all worth it, given the environmental destruction that was sustained in the wetlands and woodlands? What was it that gave rise to this incredible campaign, when so many other worthy issues struggle to gain such attention? How can we continue and build on the newfound commitment and power that has been realised as a community?

There are no simple answers to these questions, but exploring them can teach us an enormous amount about ourselves, and how our and other communities might work together as we face similar challenges now and in the future.

Although the environmental, cultural, and emotional damage remains very raw, for many this is matched by a cautious yet exciting realisation that we have gained more than we have lost.

For many, Roe 8 was an all too brutal reminder of a history that is hard to be proud of. The massive police effort protecting the shrieking machines conjured images of past military conquests, where destruction of cultural heritage was used as a tool against nation states and their citizens. For many, it was a harsh reminder of the recent and raw colonial history of our own country, and how we have learned so little from the mistakes of the past. 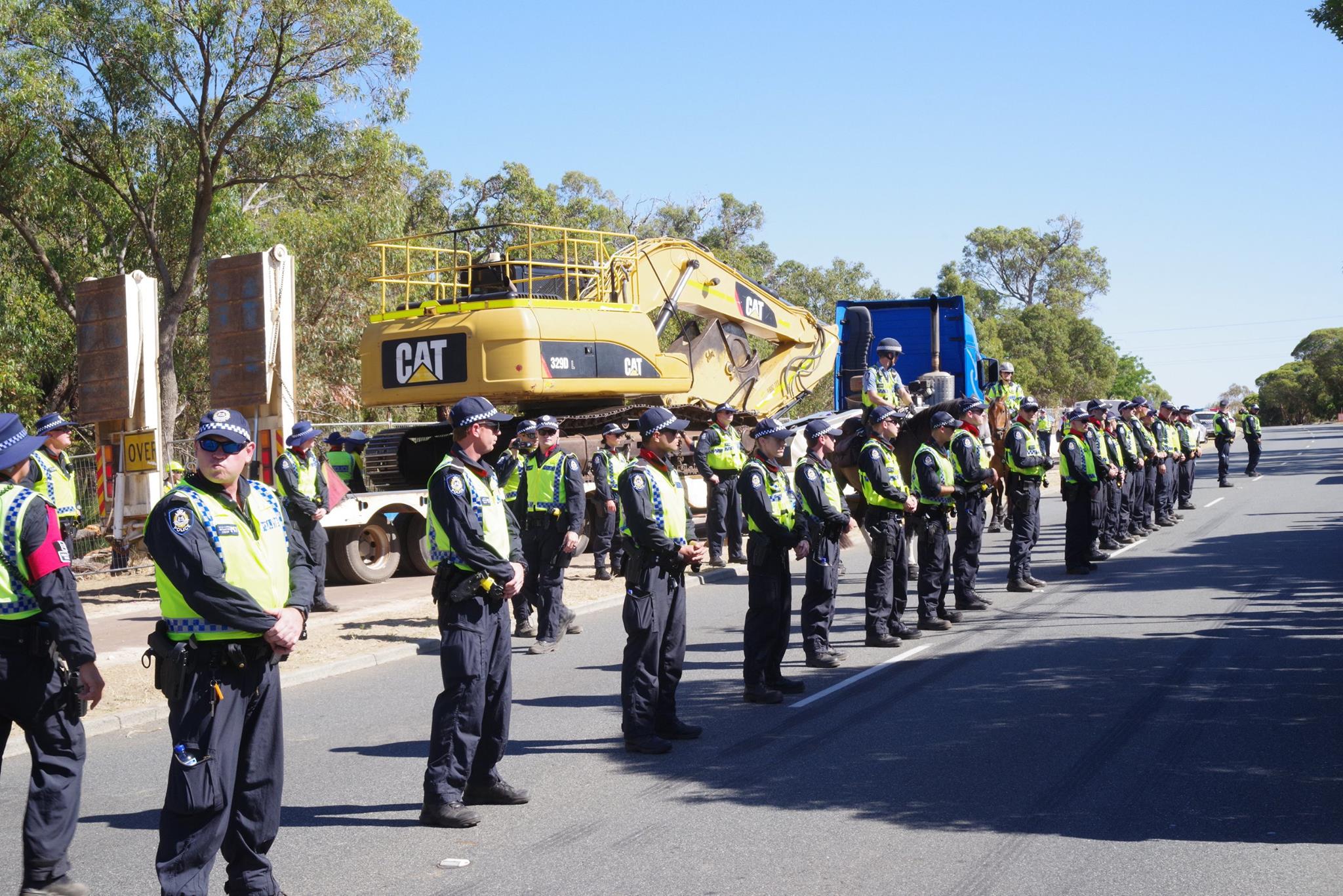 Collectively, Western Australians had their confidence in government deeply shaken as our environmental regulators and courts fundamentally let us down. Thanks to Roe 8, the inadequacy of our State’s environmental policies and laws is no longer an abstract concept - discussed only within an echo chamber of environmentalists and academics - it is something that literally thousands of people have felt personally and directly. Protections and safeguards once taken for granted, were shown to be mere inconveniences to a government determined to impose its will on the community. This realisation alone will make many people forever look at the world differently.

During the course of the campaign - which like so many similar struggles was overwhelmingly led by women - many powerful leaders and a new generation of smart and sophisticated activists were created. Perhaps thousands of people participated in their first ever act of protest – including for many, choosing to break the law in order to stand up for what they believed in, and accepting the social and legal consequences.

Some people for the first time exercised their relationships and contacts in the service of a community effort or environmental goal, rather than a personal or professional one. The feeling of being part of something bigger than ourselves, and getting to know and trust our community intimately is something that these people will never forget.

Neighbours met for the first time. Strangers from across political, cultural, and economic divides held each other and shared tears together. People explored and went beyond their ordinary comfort zones in so many ways, knowing they were operating within an extended community of support that few have the opportunity to experience. It was deeply empowering to do so.

What we have gained is a community powerfully united by a newfound trust in each other, and a passion for the collective task of protecting the ancient ecology and heritage we inhabit.

For many, participating in the campaign was not only their first encounter with powerful Aboriginal culture, leadership, and connection to country, but also their first realisation of what generations of oppression and colonisation has delivered for our shared culture and heritage. This will create a new and deeper connection to the country we inhabit, and a new commitment to solidarity with the ongoing struggle of our Aboriginal brothers and sisters. 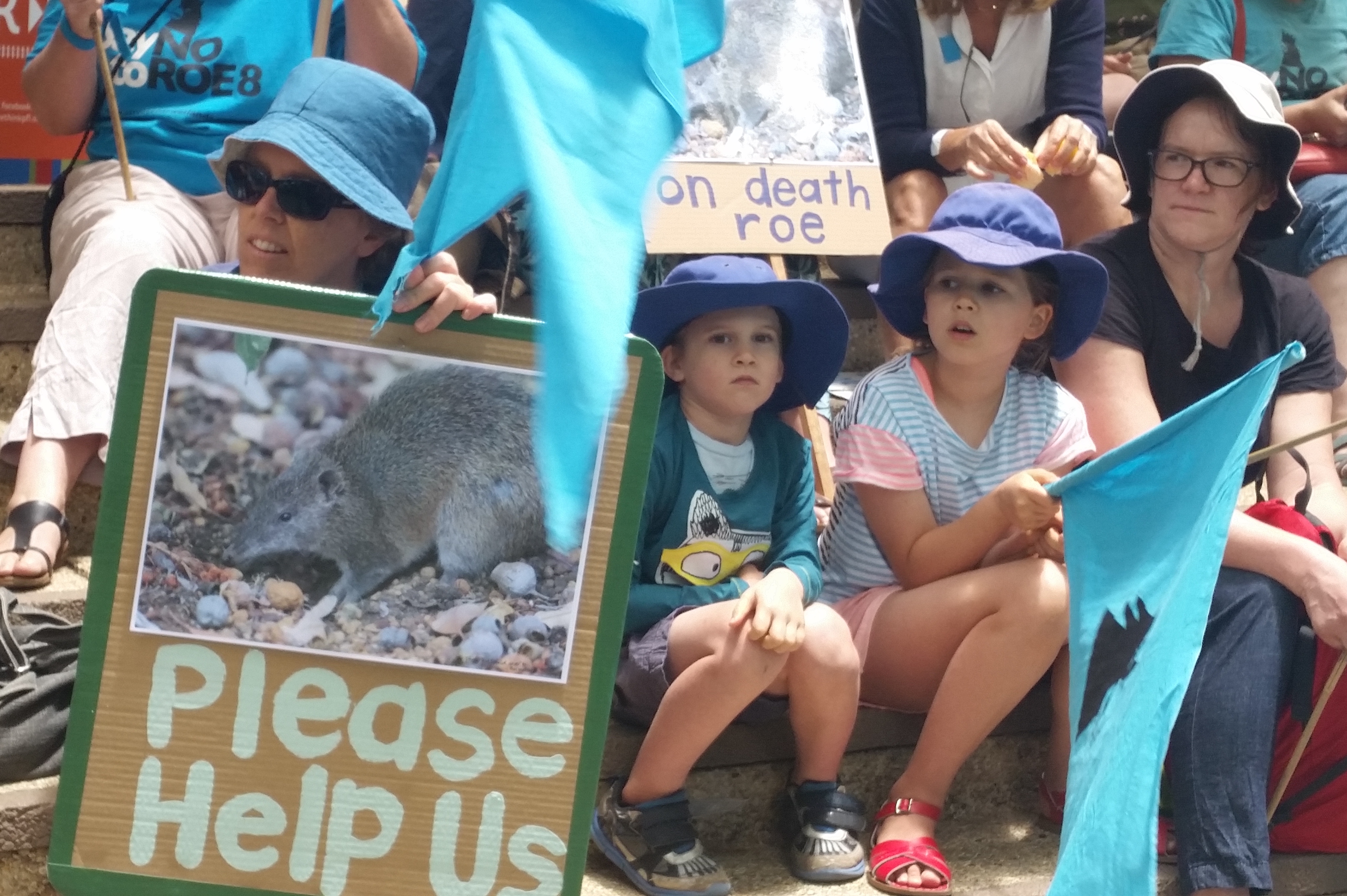 Through the campaign, a generation of children have been educated about the role of protest and activism in our society – whether through their parent’s direct involvement in the campaign, their school being in the path of Roe 8, or seeing the protests on their television screens.

The result is a community that is powerfully untied across location, politics, class, and culture. A community whose determinism is matched by their optimism and sense of what can be achieved together. A community who knows how to trust each other to stand strong, and not to give up in the face of incredible challenge. And a community that has shown great individual and collective leadership, and learned to achieve things that seemed impossible.

Community power is a muscle that has rarely been exercised to this degree in WA. Having now done so, there are almost no limits to how it can be put to work.

Above all else, the Roe 8 victory is a story of environmental justice for a community that refused to be ignored and marginalised. Through the experience, those involved have had their eyes opened to a range of similar injustices occurring in other parts of the State. Whether it is uranium mining proposals rejected by Aboriginal communities, gas fracking plans on farmland, the ongoing destruction of ancient forests in the South West, or even the systemic and pervasive threat of climate change due to fossil fuel expansion, in many cases these challenges are faced by communities with fewer resources. This dawning realisation will compel many of those activated by Roe 8 to support other campaigns in big or small ways in the future.

In this way, the incredible power of this story and of this community will continue to resonate through Western Australia’s politics and identity for decades.

One of the first and most important tasks is of course the rebuilding of the ecology and sacred spaces at the Beeliar Wetlands. The Cockburn Community Wildlife Corridor (CCWC) project has already sprung into life as the zamia palms, balgas, and tuarts sprout from the ground. 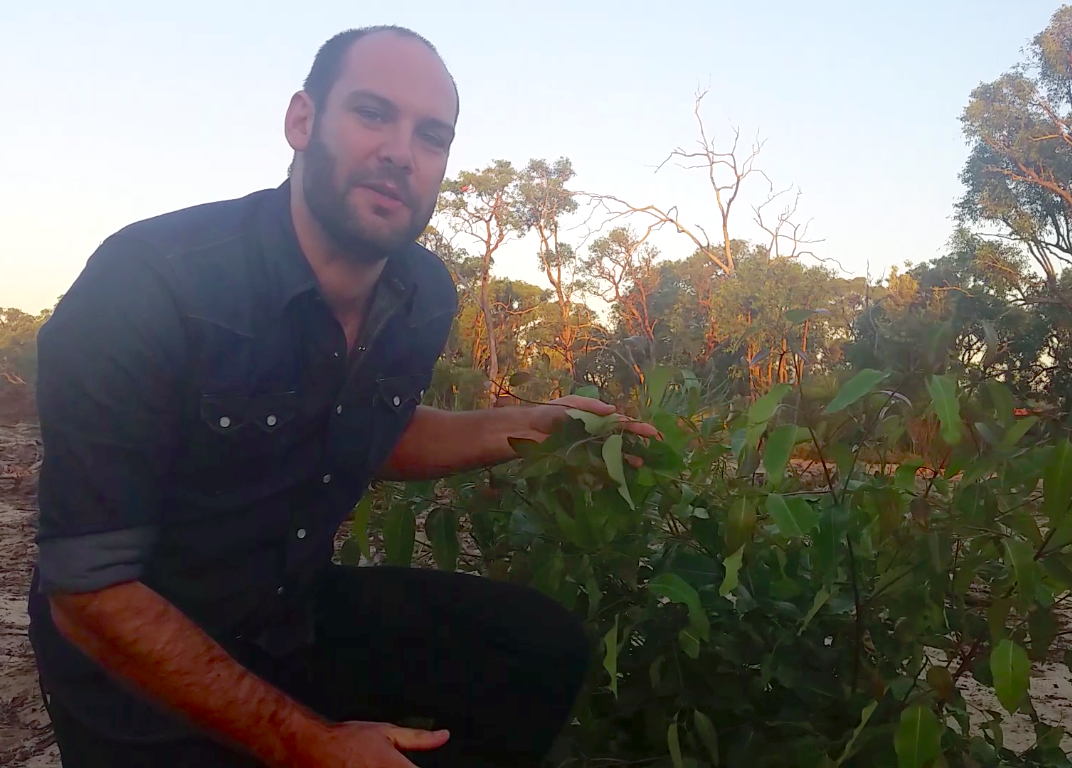 The inspiring vision of a community-led revegetation project to create an ecological and cultural heritage corridor from the wetlands to the coast will deliver an incredible community resource - and a place of healing, learning, and tranquillity.

But as we focus on restoring the land, we must also ensure we don’t let an incoming McGowan Government allow the other, more systemic problems highlighted so clearly by the Roe 8 disaster simply slip into the history books.

Just as the land must now regenerate, we must ensure our State’s environmental policies, laws, and planning processes are rebuilt and strengthened to provide the real protection that our environment and communities need.