A local producer is warning about the dangers posed to food security and tourism by fracking as the industry prepares to roll-out operations across the state, including the Swan Valley. 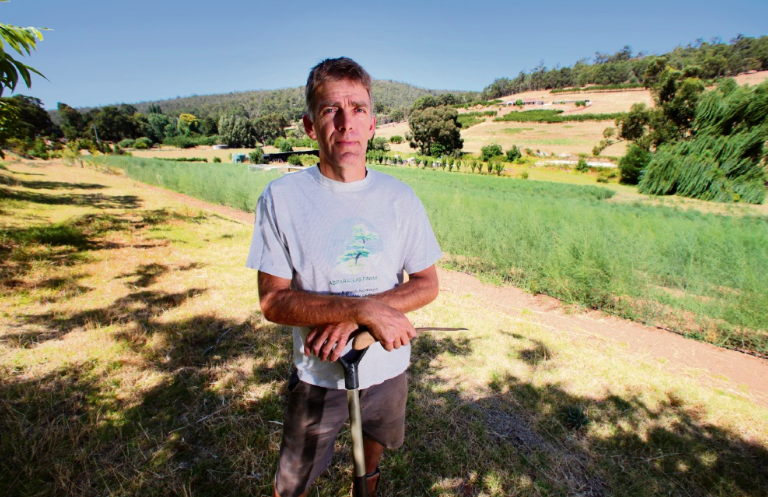 Fracking is a new method of extracting underground gas using chemicals at high pressure to fracture underground rock. In America, its use has resulted in permanent damage to water tables, public health and environment.

So far, it’s been banned in Victoria, while Tasmania and the Northern Territory have instated moratoriums. New York State and Maryland, Scotland, France, Germany and other national governments have also enacted bans and moratoria.

The state government has issued exploration licences across a vast area from Margaret River to north of Broome. Companies such as AWE are already fracking in the Mid-West with plans to expand to large-scale operations despite near unanimous rejection by local communities.

Parts of the Swan Valley are also earmarked for exploration.

Owner of Bickley Valley Asparagus Farm Mr Harrie Smeets is concerned about the potential risk to his internationally renowned organic grower business due to fracking activity.

“These companies have been give the go ahead to drill through the Yarragadee north and south aquifers, which supply household drinking water to the entire Perth metro region,” Mr Smeets said.

“How can pumping chemicals through the water table be safe? If our groundwater is affected, we can forget about our organic growing,” he said. “Here, we use bore water, as we’re not on scheme, so we rely a lot on that being pure, not just for drinking water but also for our business operations.”

Mr Smeets, who also offers accommodation for tourists on his farm, called for all hills residents to join him at a series of community film screenings to be held in Kalamunda and Mundaring next week where the process of fracking will be discussed.

“This area is fast becoming a tourist spot – we don’t need fracking happening here and, if they are thinking about fracking in Swan Valley – what’s to stop there here?”

Frack Free Future Coordinator Jules Kirby said the unconventional gas and fracking was a dangerous and accident-prone industry that trampled on the rights of local people and that risks permanently contaminating our drinking water.

“We already have more gas than we need in WA, which is why companies that risk polluting our Mid West food bowl and water tables do so at almost no benefit for the people of this state – it’s a case of all pain, no gain,” he said.

“We all get our water from the same aquifers that are at risk here - if fracking companies contaminate those, we’ll all pay the price. The US Environmental Protection Authority has recently shown that water sources there have been permanently poisoned by fracking – do we really want that happening here?”

Only 4 of the 353 chemicals used in fracking have been assessed by Australia’s national chemical regulator. US Researchers have shown that 75 percent of these may affect skin, eyes and other sensory organs, and the respiratory and gastro-intestinal systems while 25 percent pose a risk of cancer and mutation.

No formal environmental assessment of fracking activity in WA has been undertaken by the Environmental Protection Authority.