WA’s peak conservation group has congratulated Labor Leader Mark McGowan and his team for the election result on Saturday, which was helped by major environmental campaigns and broad community sentiment against the Barnett Government on a range of environmental issues. 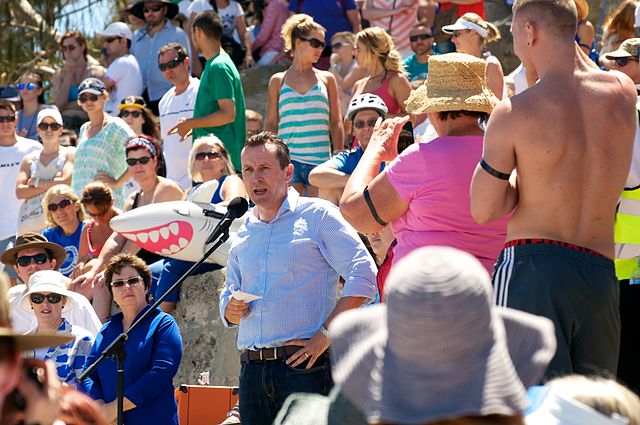 Conservation Council of WA Director Piers Verstegen said it was clear the environment was a huge factor in the election, and that the McGowan Labor Government would have a very strong public mandate for a fresh approach on the environment.

“Western Australians overwhelmingly rejected the anti-environment policies of the Barnett Government, and this was clearly a big factor in how people cast their vote on Saturday.

“Issues like Roe 8 and gas fracking were hugely significant in shifting votes towards Labor on their own – particularly in electorates of Bicton, Bunbury, Murray-Wellington, and Kalamunda - but they were also symbolic of the Barnett Government’s broader attacks on the environment.

“These high-profile campaigns served to remind voters in all electorates that Western Australia’s way of life, and what we value, is under threat everywhere when environmental protection standards are undermined and abandoned.

“Whether it was Roe 8, gas fracking, uranium mining, shark culling, native forest logging, or a range of other issues, voters across all electorates felt the impacts of the Barnett Government’s anti-environment policies during the last two terms in office.

“During the election campaign the Liberal party ran a series of unfounded attacks against renewable energy while the bulldozers were destroying endangered ecology and Aboriginal Heritage in the Beeliar Wetlands. Both decisions backfired against the Barnett Government, instead delivering McGowan and Labor a strong mandate in both areas.

“The environment portfolio has been left in a mess and community confidence in environmental agencies and regulators is at an all-time low.

“The incoming McGowan Government have a huge job ahead of them to repair the damage that has been done to environmental agencies, and to re-establish the strong environmental protection that Western Australians expect and demand.

“While this will take time, there are key issues that require immediate action by the McGowan Government including Roe 8, gas fracking, and uranium mining.

“It is pleasing to see McGowan moving to immediately halt works on the Roe 8 highway. The McGowan Government must now work closely with the community to rehabilitate the site, delete the road reserve from the MRS, and undertake a detailed investigation into the decision-making of the Barnett Government on this project.

“The McGowan Government must also move quickly to implement its policy on unconventional gas and fracking - to ban unconventional gas in the South West and place an immediate moratorium across the rest of the State. The community expects a robust process to examine whether fracking can be done safely, and this will require baseline monitoring of health and environmental quality for at least five years before any fracking can even be considered in WA.

“Uranium mining is another area where the McGowan Government have a clear mandate. Labor’s long held and popular position opposing uranium is clear. As Opposition Leader, Mark McGowan promised that only uranium projects with final approval, or those under construction, would be allowed to proceed - and none have met that criteria. None of the four WA uranium projects have final approval, none are under construction, and no company has made an investment decision to advance these projects.

“A range of other important environmental commitments were made by the Labor Party while in Opposition, or as part of the election campaign.

“Together these reforms will set the foundation for a much more sustainable future in WA, by creating new industries and new jobs while helping to prevent the extinction of wildlife, the loss of biodiversity, and the degradation of the environment and climate that our communities and economy depends on.

“The community conservation sector including CCWA and its Member Groups across the State looks forward to working with the McGowan Labor Government on the environment, and to progress important and urgent environmental reforms that have the clear support of the community.”