More than 200 Western Australian beaches have been sampled in the first project to provide information on microplastic distribution across South West WA. The results of the community-based program indicate that microfibres are the major component of microplastic marine pollution of our coastline, and hotspots for contamination include Scarborough Beach and Green Head. 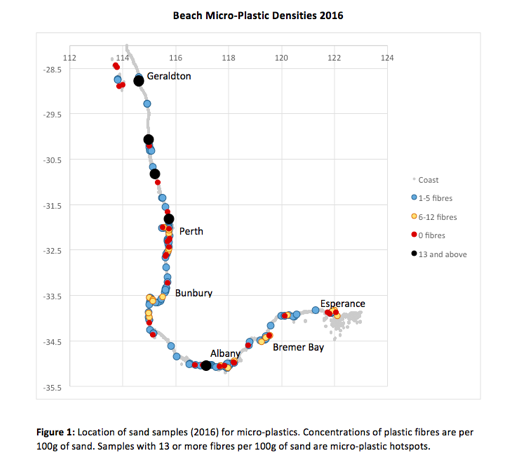 CCWA Citizen Science Coordinator Dr Nic Dunlop said, “Community-based sampling is the most efficient way of gathering samples from such a wide geographical area, and has the added benefit of engaging the community in the growing problem of marine contamination with microplastics”. 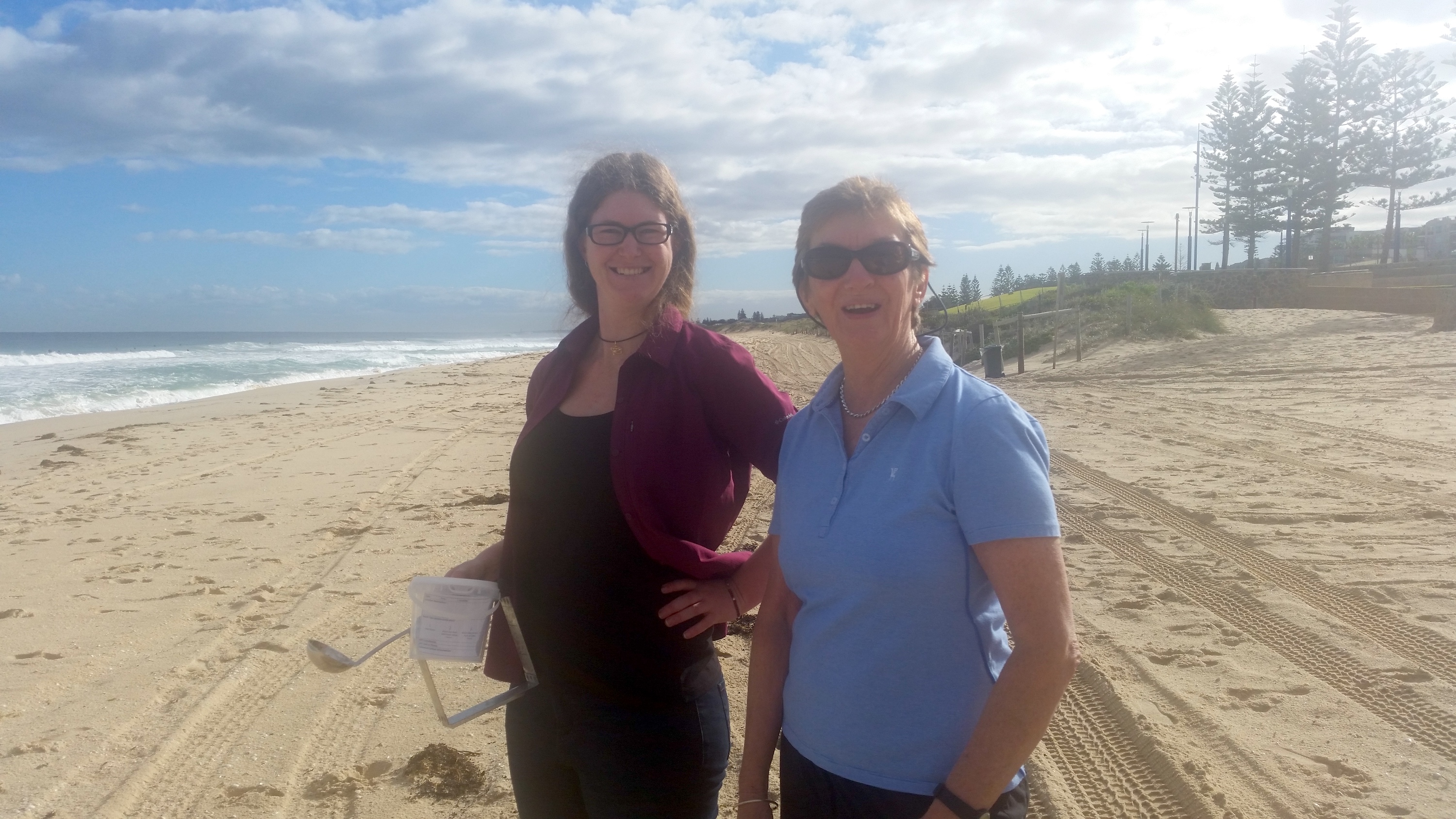 CCWA Microplastic Project Coordinator Kate Born said, “These fibres are very easily eaten by small fish, plankton, and other creatures at the bottom of the food chain. As it drifts in the ocean, a fibre’s surface gets coated in chemicals such as mercury and Dichlorodiphenyltrichloroethane (DDT). These chemicals build up, and a single microfibre can become super concentrated – up to 1000 times more toxic than the surrounding ocean water.

“These chemicals can bioaccumulate through the entire food chain, potentially causing dangerous health effects to marine animals and humans.

“The most direct source of microfibres is fishing nets and lines. Through everyday use, microfibres break off in the thousands from a single net or line, directly into the water. Another source is synthetic clothing. Every time we wash a single article of clothing, thousands of microfibres are released into the water system and end up in the sea. The solution is to buy natural fibre instead.”

“The beaches of the South West had 0 to 5 microfibres in every 100g of sand as the background level. Some were between 6 to 12 microfibres per 100g of sand, with remaining samples of 13 or more. These microfibres, along with other microplastic particles, can be ingested by zooplankton and potentially transferred through marine food chains. Some components of plastics, such as phthalates, are hormone disrupters in animals. Small plastic particles also concentrate heavy metals and pesticides from seawater,” she said.

Over 270 marine species are known to be negatively affected by plastic waste, though the exact number from microplastics is undetermined.