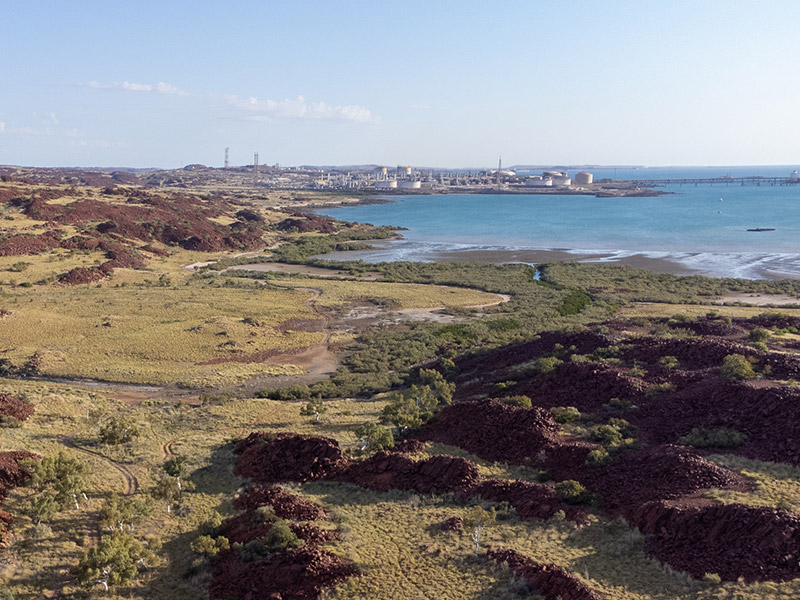 It comes after revelations in The Australian that no monitoring had occurred of the Murujuga rock art since 2016 and a contract to undertake monitoring had been cancelled by the WA Government.

In addition, Freedom of Information documents obtained by CCWA, show that the Commonwealth agency responsible for the protection of Natural Heritage has recognised the risks to the Murujuga rock art from acid gas emissions from the Woodside’s LNG processing operations at Burrup.

The Department of Environment and Energy found “impacts from emissions of NOx, C02 and volatile organic compounds (noxious emissions) are an indirect, adverse impact.”

Despite this, there has been no State or Commonwealth Assessment of the impacts of the Pluto LNG expansion on the internationally significant collection of more than a million rock carvings dating back more than 30,000 years.

Woodside is seeking a Final Investment Decision for the Scarborough gas field and Pluto expansion this year, and final approvals are being considered by the WA Government.

Piers Verstegen, Executive Director of CCWA said; “What is occurring on the Burrup is like the Juukan Gorge in slow motion. There are many parallels – The Traditional Owners are prevented from raising objections to the development, there is a total lack of scientific understanding of the damage that is occurring, and decisions are being made that would see globally significant values destroyed without any assessment of their impacts.”

“Because this is business as usual in a remote part of Western Australia, and it involves powerful industries with cosy relationships to government, what should be regarded as an international scandal has gone largely under the radar.”

Professor Carmen Lawrence, former WA Premier and Chair of the National Heritage Council said, “We have seen from what happened at Juukan Gorge that our community expects better when it comes to the protection of our priceless and irreplaceable Aboriginal Heritage. Many of the same circumstances apply to Woodside’s Scarborough development, and the Government must now pause and reconsider before permanent damage is locked in.”