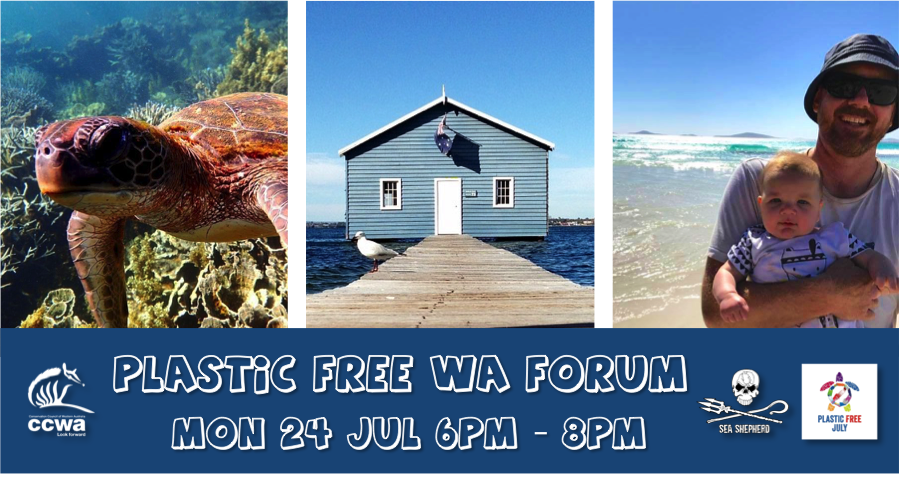 In just a few short decades, plastic has found its way into almost every part of our lives and into every corner of the planet.

And WA is no exception. The rising tide of plastic pollution is choking, poisoning, and starving our wildlife, and even polluting the food we eat.

Unless we take action to address this global problem now, it is estimated that the plastic in our oceans will outweigh our fish by 2050!

Join us to hear the perspectives of scientists, campaigners, and politicians, followed by an engaging panel discussion and audience Q&A.

After the formal part of the evening, you will have the opportunity to take action for a Plastic Free WA.