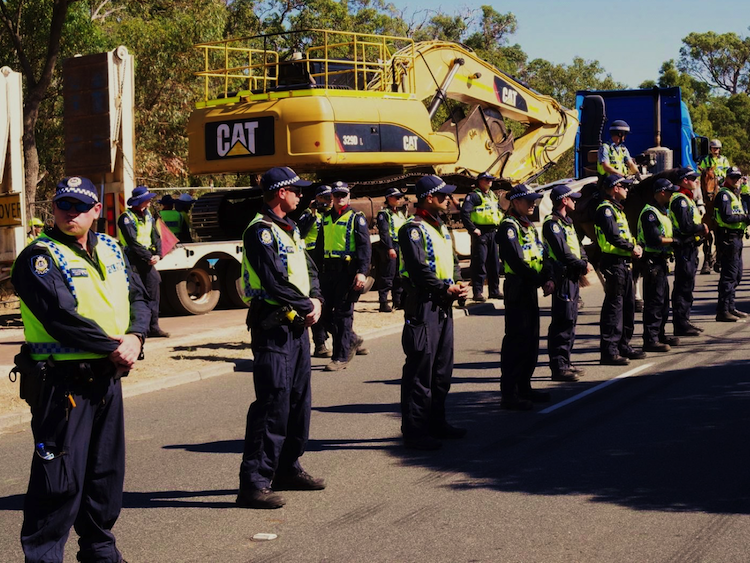 Roe 8 revelations must be investigated by a Royal Commission

The Conservation Council of WA (CCWA) and community groups opposed to the Roe 8 Highway have re-stated their call for a Royal Commission into the project, following revelations that Barnett Ministers were advised against clearing at the Beeliar Wetlands prior to work beginning.

A Government briefing note sent to Barnett Government Ministers has revealed that the most costly and environmentally destructive option for Roe 8 was chosen before the election, despite advice that less costly and damaging options were available.

The revelation comes a day after the Office of the EPA released an audit of environmental compliance at the project site, supposedly giving the project a clean bill of health.

CCWA director Piers Verstegen said the EPA compliance report was insulting to the thousands of people who watched day after day as the Beeliar Wetlands and Banksia Woodlands were needlessly destroyed by Government contractors, assisted by police.

“This audit is an attempt by the Office of the EPA to wash its hands of the environmental disaster at the Roe 8 site, when in fact Environment Minister Albert Jacob and the OEPA were deeply complicit in what has now been revealed to be a deliberate and calculated act of environmental vandalism.

“It is clear that the OEPA and Minister Jacob put in place conditions for the project that sanctioned serious and unnecessary damage to the environment, with environmental controls that they knew were inadequate and unenforceable.

“The only evidence that has been examined by the auditor are documents provided by the proponent and the OEPA itself. No consultation has occurred with the hundreds of members of the community who did the daily job of monitoring the project, and none of their hundreds of pages of photographic and written statements and complaints have been examined.

“A Senate Inquiry has already uncovered serious and ongoing compliance breaches during the course of the project and a Federal Court case established that offset conditions were not met for the project. This OEPA audit is an embarrassing and insulting attempt to sweep those issues under the carpet.

“If the audit is correct that there were no significant breaches of environmental conditions, then it simply reflects that those conditions were drafted by the OEPA so poorly as to be unenforceable and ineffective in minimising environmental harm.

“It is absolutely vital that the entire process of setting environmental conditions and approvals for this project, and the enforcement of them, is fully examined by an inquiry with the powers of a Royal Commission.

“Any properly independent examination of this project would clearly show we need reform of our environmental laws, strengthening of environmental policies, and a total rethink on how environmental conditions have been drafted under the Barnett Government.”