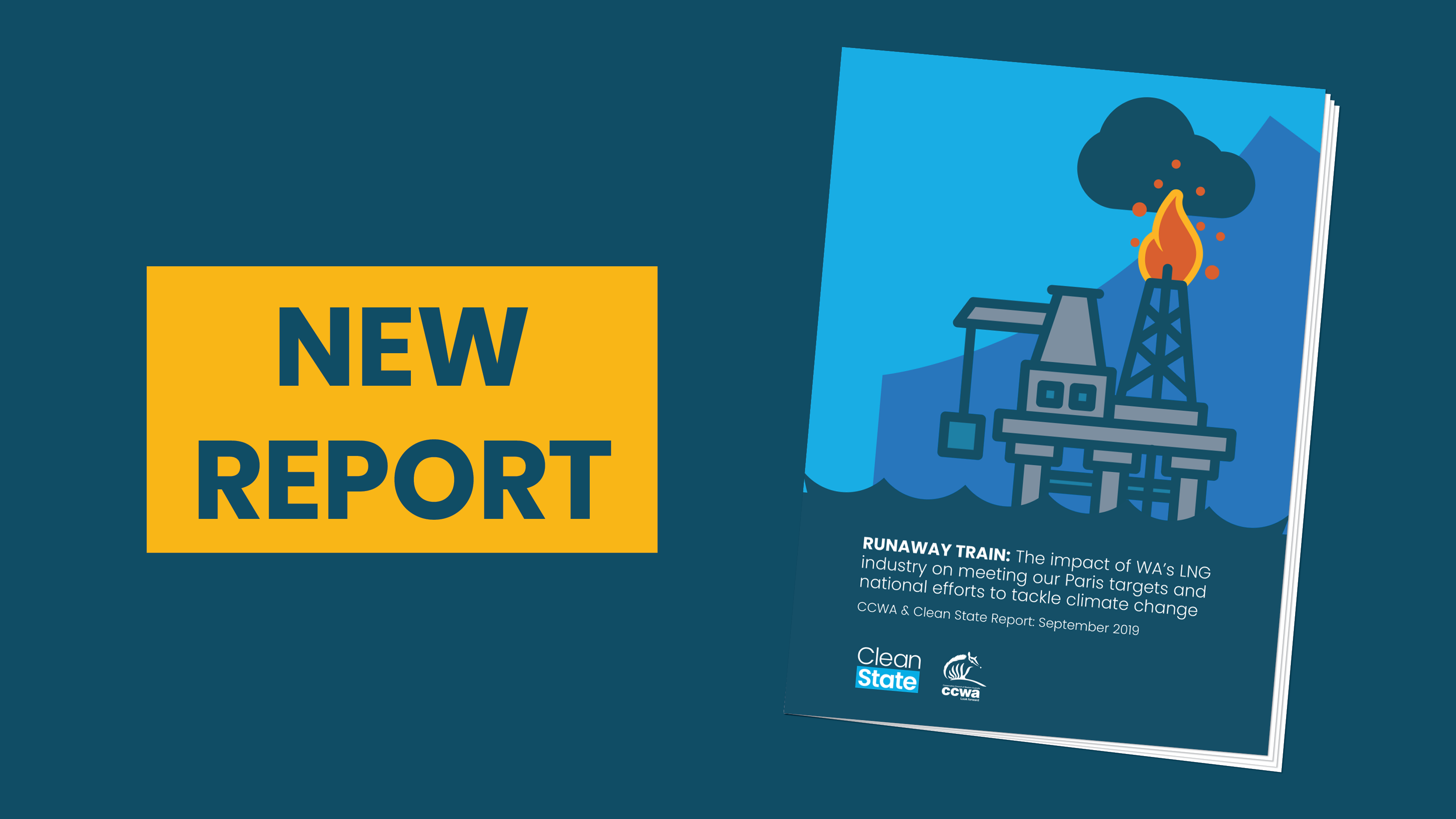 The report commissioned by the Conservation Council of Western Australia (CCWA) and the Clean State project, is the first thorough investigation of greenhouse gas emissions from WA’s LNG industry. Drawing from industry and EPA data, the report provides damning insights into how this industry alone impacts Australia’s ability to meet the Paris Agreement targets signed by Australia in 2015.

The research shows that LNG production is WA’s biggest and fastest growing pollution source, rising from 9% of the state’s total in 2005 to 36% today. Despite efforts across the country to cut pollution, emissions growth from the WA LNG industry is driving up Australia’s national pollution levels. Oil and gas giants including Chevron, Woodside, Shell and BP are responsible. These firms have lobbied to weaken regulation, and today operate with no effective controls on their pollution. 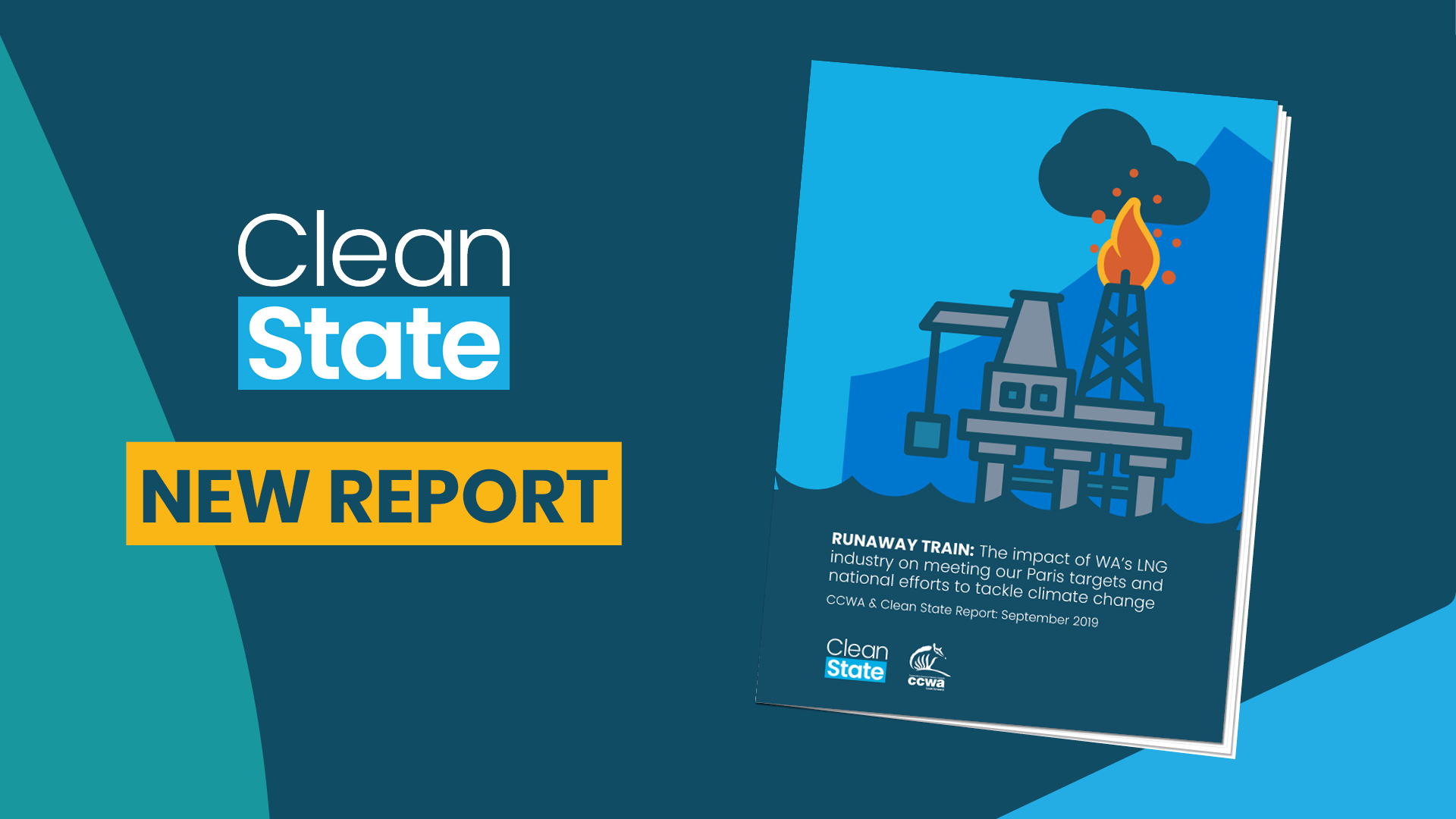 “Both State and Federal Governments have pledged to reduce emissions under the international Paris Agreement but WA LNG pollution is cancelling out the savings that are being made across the country. There is no chance these targets will be met if LNG companies are able to continue polluting without limits or consequences,” said report author and Policy Analyst, Chantal Caruso.

The Morrison Government’s Emissions Reduction Fund (ERF) is intended to cut 375 million tonnes (Mt) of emissions over its entire lifetime, however these savings are cancelled out by the pollution from WA’s five LNG facilities over the next 12 years.

“Australian taxpayers are paying $4.55 billion for the Morrison Government’s climate policy, but this costly program is essentially just subsidising pollution from companies like Woodside and Chevron which is cancelling out all of the gains that are being made” said report author Chantal Caruso.

To address the problem, the WA Environmental Protection Authority has recommended new rules for LNG companies to reduce and offset the climate damage caused by their pollution.

Independent analysis by Reputex Energy has found that offsetting current LNG emissions in WA would create more than 4,000 jobs in the state, in sectors such as forestry, large-scale renewable energy and rangeland regeneration—while improving WA’s natural environment.

“For decades our community has been misled by clever marketing from oil and gas companies that led us to believe that LNG is a ‘clean fuel’ and part of the climate solution, but that simply is a myth.  The reality is that WA LNG production pollutes much more than our coal fired power stations” said Piers Verstegen, Director, Conservation Council of WA.

“At a time when the community are demanding action to address climate change, this research provides clear evidence that reveals our states biggest pollution problem. While all other states’ emissions are falling, WA’s have risen and will continue to rise without action to address this issue by the State government and LNG companies.

“The positive thing is, that if oil and gas giants were required to offset their emissions it would create around 4,000 new jobs – more than entire workforce currently employed at WA’s LNG production facilities.  At a cost of around 2% of profits, for companies that pay little tax and no royalties, this is a tiny impost for the Oil and Gas industry but a huge opportunity for WA communities and businesses to directly benefit from action on climate change.

In an open public forum to be held today, the Clean State project will be presenting the findings of the report.

“The aim is to help increase the community’s understanding of the issues so people can feel empowered about what to do.  I really think many will be shocked at the audacity of these polluters to shirk responsibility for their environmental impacts and the lack of control over this industry by the government.

“It’s time as a community we come together and call on companies like Woodside and Chevron to come to the table with answers, rather than pushing the cost of their pollution onto taxpayers and blocking action on climate change that would create thousands of jobs across the state.”