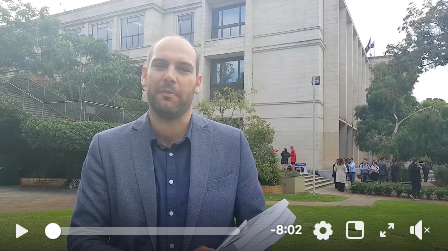 WA’s environment agencies received a boost in the last financial year in order to implement a number of positive election commitments made by the McGowan Government, including the Ranger Parks program and new protected areas in the Kimberley and other parts of the state. Expenditure on many of these programs is continued with this budget, however the projections show a return to similar levels of baseline funding that was being provided under the Barnett Government over the coming years. The lack of core capacity in our environmental agencies is a concern. Agencies such as the Environmental Protection Authority (EPA), the Department of Water and Environmental Regulation (DWER), and the Department of Biodiversity Conservation and Attractions (DBCA) are critical to the protection of our environment and our health, controlling pollution, and managing our natural areas. With increasing threats to our environment and increasing demands on environmental agencies, it will be important that baseline funding for critical functions is increased.

One of the changes introduced in this years budget is a boost to environmental regulation. This means there will be more staff employed in industry licensing, regulation, and clearing regulation and this extra capacity is welcome. The money to fund this will come from industry fees as part of a cost recovery program. It will be important to ensure that this extra capacity delivers improved environmental outcomes, rather than just increasing the speed of approvals. Many of the clearing approvals and pollution licenses that are currently provided by our environmental regulators are continuing to allow serious impacts on our environment. We need to see more scrutiny applied to many of the proposals in order to ensure our health, climate and biodiversity is protected into the future.

A number of new parks and protected areas were announced with the 2017/18 budget. The rollout of these parks remains a feature of this budget including the Great Kimberley Marine Park and the Fitzroy River National Park - both important election commitments. This budget also contains some newly announced parks including the Preston and Leschenault Regional Parks which receive a $10 million funding allocation. A protected area for the Abrolhos Islands has also been identified in this budget. These new protected areas will leave a permanent lasting legacy for our environment and future generations.

Public transport is a winner in this budget, receiving a $3.6 billion investment in Metronet, and in the purchase of new rail cars which will have local content requirements to support WA jobs. Metronet will deliver the potential for a significant transformation of our city, making it a far more sustainable, reducing car-dependence, and providing new opportunities for higher density residential and commercial development around transport hubs.

One are of concern in the budget is the level of funding provided for the WA Fracking Inquiry. According to the budget papers it looks like a budget inquiry, with only around half a million dollars invested, compared to the far greater budget allocation that has been made to similar inquiries such as the recent exercise in the Northern Territory. This is quite disappointing as it will constrain the level of public consultation, and will not allow for a robust, scientific process. Over 10,000 people made submissions to the inquiry, demonstrating a very high level of public interest in this issue. It is important that the inquiry has the resources to do their job properly and independently, and thoroughly investigate the environmental, health and other impacts of this toxic industry. We are disappointed by the low budget allocation for the inquiry and will continue to call on the state government to properly resource this critical piece of work.

We are also concerned by the way funding is being allocated in the energy portfolio under this budget. In particular, the budget papers reveal that there is still very significant expenditure going into maintaining our ageing and polluting coal fired power stations and also maintaining Synergy’s gas generators.

While there are large expenditure allocations committed to maintaining fossil fuel and polluting energy generation, It is difficult to see where the money is going into new renewable energy projects. The Labor Government did make some significant election commitments to fund new renewable energy generation initiatives, but it’s difficult to see them in this budget where that money is going, how it’s being spent, and when these projects are going to be delivered.

The Transition Plan for Collie was an important election commitment with $20 million allocated, but it’s not clear in this budget how, or even if that funding is going to be spent, and when. One of the less popular elements of the budget is significant increases to electricity prices for consumers, yet we still maintaining very old and dirty coal fired power stations which are becoming increasingly expensive to maintain.

Instead the McGowan Government should be phasing out polluting fossil fuel generation, and bringing in the cheap, new, renewable energy generation that’s going to reduce pollution and clean up our energy system and reduce the costs of energy for households and businesses in the future.

A couple of interesting trends highlighted by the Treasurer in his budget briefing are that household consumption and tourism are going to become increasingly important sources of economic growth. This has  some obvious implications for the environment.

More consumption means more waste is going to be produced, and we really need to get serious about making sure that we have local capacity to reduce and recycle that waste as much as possible. With China putting restrictions on the importation of materials for recycling, that presents a challenge for us in Western Australia. It also presents an opportunity to invest in local jobs in reprocessing, and get that closed cycle economy of material use here in WA. CCWA is involved with the design of the government’s promised Recycling Refund scheme for beverage container, and if designed well this has the potential to support significant new local material reprocessing industries. Banning non-recyclable plastic packaging such as plastic bags and straws is also going to be important to help manage the impacts of a growing population and increasing household consumption.

Tourism is another area with implications for our environment. It is well understood that the principal reason tourists come here is to experience our amazing environment, so it is essential that we protect our clean healthy environment, landscapes and biodiversity that are such tourism drawcards. The Treasurer highlighted that tourism from China is a growing sector, se we need to be managing the impacts of increasing tourism, and creating the parks and protected areas that can keep tourists coming here.

One of the more surprising things in this state budget is that it reveals that there’s very little contribution to the state finances being made by the very large LNG sector. This sector is WA’s largest carbon polluter by a long way - accounting for about 30% of the state’s carbon pollution when Chevron’s giant new LNG projects are up to full production. But these very large projects are actually contributing very little to the state’s budget. Chevron LNG projects don’t pay any royalties to the State Government, and we know that Chevron also haven’t been paying any tax. So the size of the industry is very large with huge profits going offshore, however WA is not seeing the benefit of that and yet, we are being left with a massive pollution problem. CCWA will continue to push for Chevron and other gas companies to clean up their pollution in ways that will deliver more jobs and investment here in WW, in industries such as carbon farming, renewable energy and clean technology.