Vimy’s mine - unwanted and uneconomic

Vimy Resources (aka Narnoo Mining) advertisement in Saturdays Kalgoorlie Miner is part of an extended last-ditch attempt to start a mine that is unwanted, uneconomic, does not have full and final approval or the financing needed to start mining. 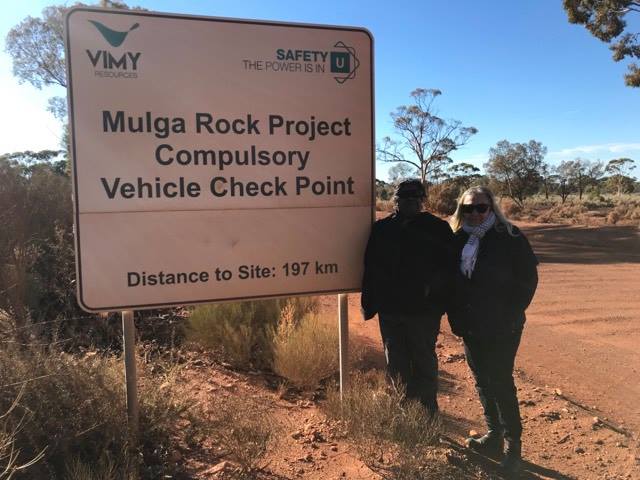 Saturday’s ad suggests that Vimy will begin work at the site in Q4 2021. There are several critical elements for mining to commence that are not yet in place and are unlikely to be resolved by Q4 2021. The companies Mine Closure Plan and Mine Plan are not yet approved by the Department of Mines and previous attempts to have these plans approved have failed. There are also Works Approvals, export and other licenses and permits that are still required. The company does not have an Indigenous Land Use Agreement with the Upurli Upurli Nguratja Native Title claimant group – pre-empting mining without an ILUA drastically impacts that groups ability to negotiate or determine what should or shouldn’t happen on their country.

Perhaps the clearest pre-requisite to begin mining is a company’s Final Investment Decision and the finances to cover the capital costs. Without the ability to fund the project and meet the requirements of mining any ground-disturbing activities are pre-emptive and irresponsible. The capital cost for the Mulga Rock project is $493 million. Vimy’s March quarterly report shows Vimy raised over $18 million, since then they have raised a further $9 million. $27 million is a far cry from the $493 million needed to meet full capital costs. But it is enough to do some serious damage in the Yellow Sandplain Priority Ecological Community in the Great Victoria Desert, home to the endangered Sandhill Dunnart and other important vulnerable, migratory and priority species of flora and fauna. The company’s share value is down 97% since their inception in 2008 and has a long way to go to secure finance for a project that is just not economic. Until the company can demonstrate they have the capital funds to get the project off the ground they should not be allowed to embark on pre-emptive ground-disturbing activities.

One thing more dangerous than a uranium mine is an uneconomic uranium mine and ideologically driven company. Despite the lack of funding, final licenses and permits, an ILUA, social license and bipartisan support Vimy’s Mulga Rock project still presents a very real threat to the environment and the WA taxpayer. The WA government should make decisions based on evidence, not enthusiasm and should not facilitate this poorly considered project.

By Mia Pepper
Deputy Chair of the Mineral Policy Institute.