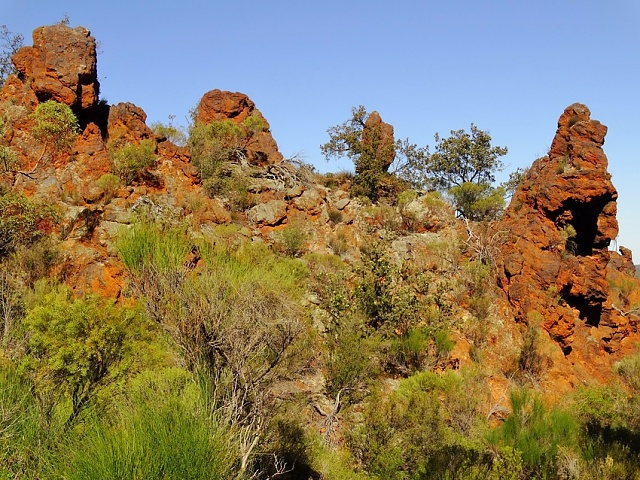 Conservation Council of WA (CCWA) Director Piers Verstegen said, “We congratulate Minister Dawson for upholding the advice of the EPA on these very special places, with their unique environmental values.

“We look forward to the Minister now disallowing both mining projects.

“The Banded Ironstone Ranges have long been recognised by scientists, conservationists, and Traditional Owners as places of great significance.

“With so many of these ranges already significantly transformed by mining, the protection of the Helena and Aurora range and the Mungada Ridge must be a high priority.

“The Mungada Ridge area has long been recognised as significant as the only largely intact significant banded ironstone formation (BIF) landform in the Blue Hills east of Morawa.

“The EPA found that Mungada Ridge is the largest, highest and steepest of all landforms within the local area, and that ‘impacts to the declared rare flora species Acacia woodmaniorum and a number of other priority species and communities are not manageable and would remain significant’.”

This welcome decision follows Minister Dawson also rejecting the appeals and supporting the EPA conclusions with respect to the Helena and Aurora Range last Friday.

“There is a very strong and continuing community campaign led by a coalition of environment and community groups for the Helena and Aurora Range to be protected in a Class A National Park,” said Mr Verstegen.

“The Conservation Council of WA fully supports this campaign, since the Helena and Aurora Range is the highest, largest, and most tortuous and undulating of all the banded ironstone ranges in the region, and supports the highest biodiversity values of any BIF range.

“The Helena and Aurora Range is also one of the few remaining ranges in the Yilgarn region that remains almost untouched by any previous mining activities.”